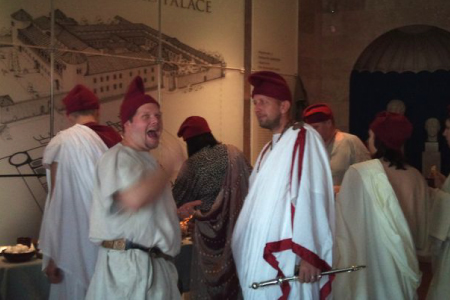 I had an epiphany the other day when I wondered why “disillusionment” has such a negative connotation. Sure, I too worked to create fake Santa visitations for my kids and I believe the meta message might have been a problem now; the kids think that protectors and guardians should  participate in deceptions for the purpose of preventing disillusionment.

When we look deeply into the timing and origins of holidays and observances, we realize they inculcate and formalize important astronomical events, perform social functions, and are allegorical of the human condition in general.

Christ’s mass, as with the countless other observances of Saint’s and their holy days are almost always serving those three aims. Christmas co-opted the Roman Saturnalia feast which was astronomically to celebrate the winter solstice, when the sun began to ascend again in the skies and the days grew longer again. If you want to understand what a solstice is, read this blog (which I have to read repeatedly to even understand). Socially, the Saturnalia feast provided an important social release mechanism. Because human slavery was legal in the Roman Empire, this was the one week that slaves could wear the red elves’ caps (The Phrygian Cap or Pileus) of a freed slave. For this week, they could drink, gamble, be disrespectful to their masters, receive money, and be served by their masters for meals. In terms of the human condition, the feast told of the fractal hero’s journey of descent into death and darkness and then rising out of it and draws heavily from the many aspects of the hero gods of Jupiter, Apollo, and Mithras. The Sol Invictus (or invincible son) is also a shared theme of the crucifixion of Jesus and his return from death. This mosaic from the catacombs under St. Peter’s in Vatican city has been interpreted as a Christ image but may have originally been representative of Apollo, the sun god, who was the invincible sun, not son.

We are entering a time of increased consciousness and information flow. In Late Antiquity, people could practice multiple religions as long as they acknowledged the divinity of the emperor and paid taxes. If we are to draw similarities to the Pax Romana that ruled for around five hundred years and our current Pax Americana, we can say we also worship of a single currency, military domination through vassal states, and voluntary slavery of the mind and bodies of people who share the pride of belonging to a world civilization rather than tribal and traditional cultures. Part and parcel of that assimilation into a world order is the ability to syncretically maintain and elide the peculiar origins of our shared mythology.