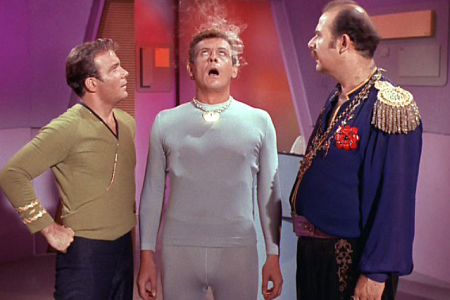 In the end, I just want to keep it simple. If you ask me if your pants make you look fat, I may choose to withhold information or just lie. But if you ask me whether it is possible that telomerase activation could cause cancer or whether all people prefer RECHARGE to TA-65, I'm gonna leave you with some unanswered questions.
4 Responses
Reading Time: 3 minutes
The “sourcing heuristic” part 2: Brian Williams’ confession

Brian Williams has decided to come clean about his confabulation. He wasn’t shot down in a helicopter in Iraq.   Call me jaded, but this seems a bit like Christopher Reeve confessing he can’t fly or reverse time by causing the planet to reverse its rotation. 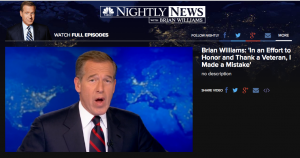 Why do we dislike liars?  They are confusing.  From the Easter Bunny all the way to the Gulf of Tonkin resolution, there are degrees of lies that have a range of negative consequence. But should some people, like infotainment journalists like Wolf Blitzer or Brian Williams really be held to a high standard?  They spend their entire careers reciting corporate misinformation disguised as editorial content.

I don’t like to lie. I am bad at it. It is confusing. When most people hear what I do, I can already tell they think I’m a liar and it hurts my feelings.  I guess I should toughen up some but it recalls a painful episode from my freshman year in college…

I was doing pretty well in my expository writing class and turned in my final project to an open letter box sitting on the floor outside the teacher’s office. A few days later, my teacher asked me what happened to my paper and I told him I handed it in.

Now I know I handed it in. Perhaps another student trashed it. Maybe that teacher or someone lost it. But I printed it and placed it on top of the other papers.

Unfortunately, this particular teacher had a Napoleonic Law conception of “guilty unless proven innocent” and instead of respecting my honor and our ostensible honor code, accused me of lying about handing it in on time. He actually had the chutzpah to handwrite a scathing rebuke to me about how I was a disgrace to the name of Harvard for not admitting my lie.

The fact is, I didn’t lie. But when I see the looks I get from some people who think they know what I do in anti-aging, I feel the hurt of opening that letter from my teacher all over again.

I think doctors should be held to a higher standard because of the deep trust that is placed in them.  Everything I have written and produced since 2008 has been the truth.  If you choose to resent me for it, then so be it.  But just because I make money on this anti-aging, doesn’t make it false as suggested by this author commenting on telomerase activation failing the “sourcing heuristic”.  By his logic, only people who do not work in their respective fields should be allowed to render opinions and that would make all commentators pretty unqualified to render judgments in most cases.

But the author of this critique of telomerase activation does bring up an excellent point about the sourcing heuristic in general. That is to say, we always weigh what we are being told by considering the source of the information. Anyone who has spoken with me has received my honest opinion, not a sales pitch. And many of them find it off-putting.  So be it.  I’m not going to say my way is the only way just because you need a strong conviction in my tone.

In the end, I just want to keep it simple. If you ask me if your pants make you look fat, I may choose to withhold information or just lie.  But if you ask me whether it is possible that telomerase activation could cause cancer or whether all people prefer RECHARGE to TA-65, I’m gonna leave you with some unanswered questions.

Perhaps some of my distaste for about lying comes from my early childhood resentment of Captain Kirk for his dirty, Odysseus-like trick that he played on this android in the Star Trek episode “I, Mudd”:

Harcourt Fenton Mudd: Now listen to this carefully, Norman. I am… lying.