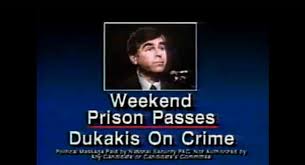 This election day, we fractally revisit similar tests from the creator (which, is, in a way, ourselves). We must ask ourselves, why am I voting this way and has someone placed the "Fear of God" into me to manipulate my vote?
6 Responses
Reading Time: 5 minutes
Things fall apart: FACEBOOK and signs of the coming apocalypse (October 30th, year of our lord 2014)

I awoke this morning to check Facebook for photos of my friends’ adorable kids but was instead shown two astonishing revelations:  Tim Cook, the CEO of Apple came out of the gay closet, and Pope Francis declares Evolution and the Big Bang real and decries pseudotheories by saying:

“The Big Bang, which today we hold to be the origin of the world, does not contradict the intervention of the divine creator but, rather, requires it.

Evolution in nature is not inconsistent with the notion of creation, because evolution requires the creation of beings that evolve.”

This doctrinal Aikido really does boggle the mind given the infallibility of the Papacy asserted in the first Vatican Council. Is he speaking for the whole church on this one? What on Earth (or in Heaven’s name) is going on here?   And why now does Mr. Cook feel okay being openly gay?  Are we going to hell in a hand basket or do we just live in interesting times? There is a poem that comes to mind…

In an weird bit of synchronicity, I blogged about the WB Yeats poem, “The Second Coming” a few weeks ago and then last weekend, attending my son’s  open house at Philips Andover Family Weekend, the English class was devoted to deconstructing that same poem as an entré to reading Chinua Achebe’s “Things Fall Apart”.  Here is the text. And if you’re interested, here is some of the subtext:

Turning and turning in the widening gyre
The falcon cannot hear the falconer;
Things fall apart; the centre cannot hold;
Mere anarchy is loosed upon the world,
The blood-dimmed tide is loosed, and everywhere
The ceremony of innocence is drowned;
The best lack all conviction, while the worst
Are full of passionate intensity.

Surely some revelation is at hand;
Surely the Second Coming is at hand.
The Second Coming! Hardly are those words out
When a vast image out of Spiritus Mundi
Troubles my sight: a waste of desert sand;
A shape with lion body and the head of a man,
A gaze blank and pitiless as the sun,
Is moving its slow thighs, while all about it
Wind shadows of the indignant desert birds.

The darkness drops again but now I know
That twenty centuries of stony sleep
Were vexed to nightmare by a rocking cradle,
And what rough beast, its hour come round at last,
Slouches towards Bethlehem to be born?

In the US, we are going to the polls to vote this coming Tuesday. I am struck at how loose the falconer’s arc has gotten in the last few years.  Whereas in 1988, a presidential election was shifted by fear of one black man, Willie Horton, who became associated with candidate Michael Dukakis, now we have an ostensibly black president.  Whereas in 2004, a presidential election was shifted by concern over same-sex marriage, now we have Cam and Mitch from TV’s “Modern Family” as American’s sweethearts and candidates lining up in support of marriage equality.

What is going on with our sense of right and wrong? Where is the order? Where is the shame?   I think the answer comes from the great work above and in a strange way, the poem that once seemed ominous and mystical, like the seals, trumpets and horsemen of the foretold Armageddon, now strikes me quite differently.

When we look at the phrase “twenty centuries of stony sleep were vexed to nightmare by a rocking cradle”, we see a clear allusion to the Christian AD (anno domini) era that kept the Sphinx-like entity of paganism asleep. On a meta level, what is fascinating about religion and theology is that they serve dual and seemingly antithetical masters. RELIGION comes from the Latin to “relink” but religious dogma often is used to separate believers from non-believers.  Certain kinds of unions are deemed amoral, certain cosmologies are wrong, and there is only one deity with others relegated to being false (or at least not worthy of worship).

When we talk about politics, there is one idea which best explains the difference between conservatives and liberals: patriarchy versus matriarchy.  In a conservative frame, patriotic and group identity trump all rules of individualism and freedom.  In a liberal frame, everyone is entitled to their choices and nurturing even if their lifestyles and beliefs encroach upon group order and morays.

As the Upanishads state, we as humans also come to this earth with this dual purpose of religion: to be separate egos and stories, yet to yearn for communion with each other and the world.

I could go on and on about the origins of Catholic dogma and the dialectic between authority and science but I will save that for another post. For the time being,  since I have already shown poor table manners by discussing upon religion, politics, and sex in this blog, I will just say that I hope we all take the time to read up a bit before going to the polls.  We could be living in Hong Kong or Stalinist Russia if we don’t take voting our consciences seriously.

Bob Dylan once asked “did Judas Iscariot have God on his side?”

Well, here’s the question I wish Zimmie would ask: did Abraham ever ask God why exactly he wanted that killing done on Highway 61?

1) You never had a choice – determinism

3) It was a loyalty test – jealous JHWH

4) I was hoping you would question me – Christ consciousness

This election day, we fractally revisit similar tests from the creator (which, is, in a way, ourselves). We must ask ourselves, why am I voting this way and has someone placed the “Fear of God” into me to manipulate my vote?

I wouldn’t presume to tell anyone how to vote. For everything there is a season, right?  Maybe change has come to quickly?  That is for you to decide. On this day when the patriarchs of the world’s two most wealthy and influential organizations dropped their bombshells, maybe it is a time to bind together and exclude these neo-apostates, no matter what their pay grades.  Or maybe, as Peter from “The Brady Bunch” discovered, it is time to change. God bless America that we still appear to have the right to vote and let’s hope we never throw away the paper ballot.

6 thoughts on “Things fall apart: FACEBOOK and signs of the coming apocalypse (October 30th, year of our lord 2014)”