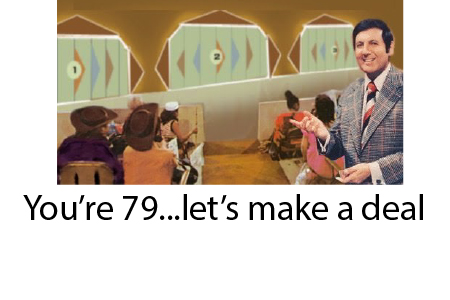 Just a brief blog about a call I received from a friend yesterday. Paul, is a 79yo man who never ordered TA-65 from me but rather from someone else. Nevertheless, we became friendly talking about his life, his romances, and other topics. I consider him wise. Paul called to say that in the last two years of not taking TA-65, his health has deteriorated. His skin is old and his body won’t dance anymore.

Last week, I was saddened to hear that the wife of my long time patient had passed away suddenly at age 79. Although she was a believer in adaptogens, he never wanted to take TA-65 or Recharge.

The highest performing 79yo that I now is Doug, who keeps getting better in his performance as an elite athlete. For over two years, he has been taking just one capsule of Recharge daily. So far so good and he just posted photos from his Mount Baldy run today. Our long time friend, Karl, is also 79 and although he doesn’t feel different and wonders if its worth it to take TA-65 as he has done for the last seven years, Karl still pitches and hits in his yearly fantasy baseball camp and manages three franchises selling fast food. See this video for what he was up to as a 77 yo.

Next to me, Karl has done the most telomere tests of anyone that I know and the results show a slow loss of length. The question is, would there have been more telomere loss and stem cell deterioration without telomerase activation?

The average life expectancy of a 79yo white man in California is around 76 years.  These men don’t have any way to know what their lives would have been like without taking adaptogens. So like the rest of us, they simply have faith, keep monitoring the situation, and maintain gratitude for the health they enjoy. None of us gets to choose doors 1,2, AND 3 when Monty Hall offers. That’s life. You take your chances and you live with the consequences.