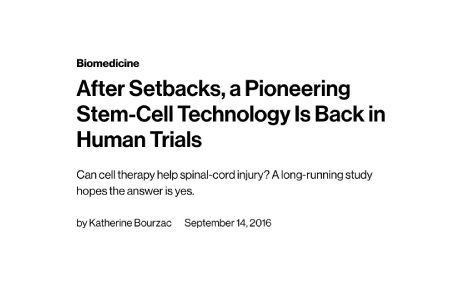 I saw an interesting story this week about BioTime, a company that claims some success with stem cell therapy in a spinal cord injury patient at the USC School of Medicine: 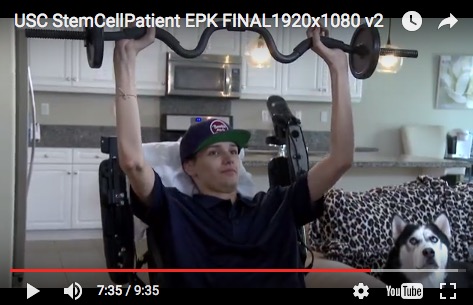 In the United States, the FDA forbids the use of stem cells derived from yourself, ostensibly to protect you. Of course, this puts some obstacles in the way of companies like American CryoStem, who claim very high success from liposuction derived harvesting, storage, and thawing of your stem cells.

Two days ago, the FDA had a hearing to listen to why it should change its policies.

But what are stem cells and why should we care?

Well, all your cells are derived from master copy stem cells. If we could preserve or restore best copies in reliable cryostorage, then we could benefit from youthful replacement parts instead of replacing with increasingly damaged ones that we carry around.

The problem with taking a prepackaged product like BioTime’s is that there is some risk of immune conflict whereas presumably, the chances of immune rejection would be much less with cells taken from yourself.

If you wanted to use your own stem cells, which is the very basis for your life, then you would need to travel to another country. The FDA prohibits this and you aren’t going to spend tens of millions of dollars going to apply for a FDA new therapeutics application for your own stem cells to be used in one patient (yourself).

Any stem-cell–based product that contains cells or tissues that “are highly processed, are used for other than their normal function, are combined with non-tissue components, or are used for metabolic purposes” — and that includes most, if not all, of them — would also be subject to the Public Health Safety Act, Section 351, which regulates the licensing of biologic products and requires the submission of an investigational new drug application to the FDA before studies involving humans are initiated.

Simply stated, because of the substances used to preserve your own stem cells, you can only take them out and reuse them without processing.

Interestingly, the FDA has approved stem cell use for brain dead people but you cannot legally reuse your own stem cells after cryostorage owing to the processing. Some conspiracy-minded folks might think this is to support pharmaceuticals and the medical-industrial complex but we have no proof that the reason stem cells are banned is that they might too effective.

In order to workaround this, autologous (from yourself) stem cell companies like American CryoStem ask you to travel abroad to receive your own stem cells from storage.

In the future, perhaps there will be a legal way to preserve, edit, and reuse your stem cells, in which case, negligible senescence may be attained.

The problem with flooding your system with foreign or autologous stem cells is fundamentally the same. It isn’t that they wouldn’t be better but that the existing ones are not ready to die off. Having new recruits doesn’t matter if old stem cells aren’t giving up their jobs. Stem cell death and replacement is not cataclysmic unless you take chemo or radiation and in most cases, it is on a case by case basis unless there is massive inflammation and cell death and replacement.

For the problem of spinal cord injury, there is scar tissue laid down that makes the remodeling potential in our systems limited, even if we could recruit more primitive programs like a salamander regenerating a limb.

Still, the potential for repair from the BioTime therapy is encouraging but in the big picture, it would be better to use your own stem cells to limit immune rejection and have more precise ways to clear scarring, and purposefully regrown neural pathways.

To understand more about spinal injury, watch this podcast featuring a patient of mine who has recovered a great deal of leg function after 8 years of total paraplegia:

Dr. Mike West is an interesting fellow and the founder of the Geron Corp, the Menlo Park company that discovered TA-65, a telomerase activator that I have used and ‘prescribed’ since 2007.

To hear more from Dr. West, watch this podcast and interview that I did with him. (It also features comments from Noel Patton, founder of TA Sciences)