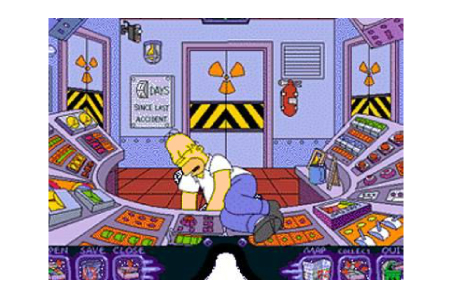 We are NOT in control of our micronutrients and cellular signaling and that is good thing. The system is so remarkably complex and integrated that it would be like asking a deaf person to write and conduct a symphony.
1 Responses
Reading Time: 3 minutes
You are not in control of your physiology – and that’s a good thing

I want to point out to all the people who think they need supplements that the body and its constituent cells already know how to manage themselves, thank you very much.

People believe that the body needs a surfeit of vitamins but the science shows that with the possible exception of Vitamin D, more vitamins are not conferring better health and cellular function.

There are so many functions of the body, like acid-base balance that are handled by respiration and kidney function,  or potassium and sodium regulation, also kidney-related, or detoxification, largely liver-related, that there is no possible way you could keep track of them.  I recall in residency trying to keep people who weren’t eating alive with IVs and the truth is that we just dump a bunch of nutrients in there and the metabolism still takes what it needs and excretes the rest.  If we were in charge of remembering the potassium and glucose, people would perish all over the place. In a way, the system is like a nuclear reactor control room being run by Homer Simpson. It is safest when he is exercising “benign neglect”. If we want to be maximally healthy, we should consider that a balanced diet, exercise, sleep, and good karma are the levels on which we can influence, not at the microscopic level, where we can often get into more trouble that we know.

So why do I think adaptogenic supplements like TA-65 or RECHARGE are different?  Well, for starters, they don’t do anything specific but instead help balance the body in a mysterious way.  People who are sleep-deprived sleep more, and people who sleep too much, less. Same for appetite. It appears that by enhancing the efficiency of cell signaling and replication, good things happen but they are not predictable but rather specific to what needs rebalancing.  People who are anxious experience nightmares; people who are grateful, have blissful dreams. By analogy, I was playing this addicting game called “2048” on my iPhone and I had an epiphany of sorts. In this game, you have to choose to move in one of four directions to combine like tiles and if you can’t move, the game is over. When you play on a 4×4 grid, you get stuck easily and “lose” or “die” in the game as new numbers appear and you are prone to making a “bad” move.  But when you play on 10×10 grid, you can sweat out every move like I did to try to achieve the 1 Million tile, or you can just go around in a circle, and do even better!

You see, after “achieving” the 1 Million tile, I felt so proud of myself until I decided to do an experiment of just going around in a circle like a washing machine. To my amazement, the board cleared up even better than when I tried to make my best moves and I found that I could play forever.

So the take home lesson is that we may think we are clever taking our supplements but in truth, no one TRIES to be young- they just are.  No one TRIES to be old, they just are.  When your cells and the organs and systems that they comprise are confined to a few choices, and not much “space”, you lose. That is like being a 90-yo person with very few viable stem cells and little creation/destruction/renewal of cells.

When you are young and in motion, the physiology game, as with 2048 on a large grid, is impossible to lose as you have plenty of healthy stem cell reserve, active preservation, creation, destruction, and renewal. Youth is a state of efficient creation, destruction, and remodeling, whilst maintaining high reserve and genetic integrity (as well as epigenetically younger software settings).

We are NOT in control of our micronutrients and cellular signaling and that is good thing.  The system is so remarkably complex and integrated that it would be like asking a deaf person to write and conduct a symphony. Unless you are the Beethoven of physiology with multi-organ failure, that won’t ever be required.

N.B.  All that said, if you have a system that is out of balance, like end organ failure of the thyroid or Type I diabetes involving pancreatic failure, then you absolutely need to supplement and regulate these substances.  But in my experience, even the most compulsive patients do a pretty mediocre job of homeostasis when they have to manage themselves compared to a real-time biologically intact system.