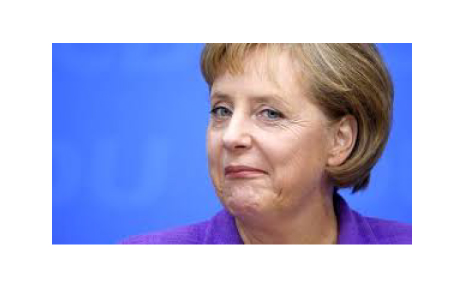 Sadly, as shown in Bosnia and Rwanda, genocide is hardly an anachronism and we must guide against fear and hate-mongering constantly.
No Responses
Reading Time: 4 minutes
Are we evolving?

We should be grateful. Even as the political season reminds us that fear is the great motivator of the political masses, we hope that some things will be harder to accomplish- such as a large scale internment of an ethnic or religious minority such as occurred at Manzanar and other so-called “relocation centers” during WWII. Thankfully, former internees are leading the way to remind the nation that this is a pluralistic nation as shown in this SF Gate piece. When we visited Denmark, we were told by our guide than despite Nazi occupation of Denmark, Danish Jews were helped to escape by King Christian X.  The few that were interned to Nazi camps survived thanks to the King paying a ransom for their lives and using the Danish Red Cross to monitor and rescue them. Danish Jews that were imprisoned and fled during Nazi occupation, returned to their intact homes and businesses, unlike the Japanese who generally lost their lands and businesses to opportunists in our country.

Sadly, as shown in Bosnia and Rwanda, genocide is hardly an anachronism and we must guide against fear and hate-mongering constantly. This is not a struggle of races but rather a conflict of interests between people who might otherwise chose to coexist and those who would manipulate their fears for profit.

In case you missed it, China just changed the game in neocolonialism and we can take a lesson from current events.  For years, the Chinese have stored gold reserves, refused to allow their currently to be exchanged in an ‘open’ market, and have used the trillions of trade surplus US Dollars to buy, build, grow Chinese ownership and influence in the world.

As of last month, the Chinese Yuan was scheduled to be included in the IMF’s quinquennial definition of money known as the SDR.  The Chinese didn’t waste any time allowing Zimbabwe to become a client state by virtue of its adoption of the Yuan as its reserve currency.  This great power has the potential to destabilize the unipolar axis that runs through London and New York. held together the Eurozone from a  Greek exit by elastifying the Euro and welcomed immigrants, providing economic and moral eurocentrism a much-needed boost.

The game of credit is an old one in which you make a bad loan and end up owning more from a person, business, or economy that you knew couldn’t really afford the terms.  The problem lies not in a racial or even political doctrine.  In every instance, greed is the culprit. Throughout slavery and centuries of Euro-colonialism, there have always been collaborators who sell their own people out for profit.  It is only portrayed as racial but that is false.

The evidence comes from was a celebrated and unpunished mass murder of Chinese miners because the white owners preferred the cheaper Chinese labor over the angry white miners at Rock Springs in 1885.

This was a case of white-on-white crime (economic exploitation) disguised as race warfare.

Divide, conquer, and repeat. Still, if you wonder where the end of capitalism in the coming robot economy lies, look to the more evolved Danes, who have created a system of guaranteed basic income.  Welcome to the age of paying people to consume, especially if home water, energy and good generation continues to flourish. If we ignore the economics, the most notable changes are life expectancy, level of education, and hygiene.  Let’s hope those trends continue.

Clearly history rhymes and yet it somehow spirals forward to make progress unless and until the demagogues overplay their hands and plunge us backward to less peace and freedom as occurred in meteoric/consciousness extinction event that took place in Alexandria in 412 C.E., arguably the start of the Dark Ages.

One could argue that the Reconquista, Spanish Inquisition, and the start of the Euro-colonial era was not the start of a modern civilization but the end of high Arab-Sephardic culture just as the ascension of Russo-Nazi anti-Semitism ended centuries of Yiddish Ashkenazi civilization.

In “Nike’s Last Stand” my Houston Film Festival award-winning screenplay, you can learn about the assassination of Hypatia, the destruction of the last Library, and the greatest diaspora of 800 years of Hellenized Jewish wealth and culture that nobody has even heard of which was orchestrated by Augustine, Bishop Ambrose, and Cyril, the fathers of the emerging Catholic church.