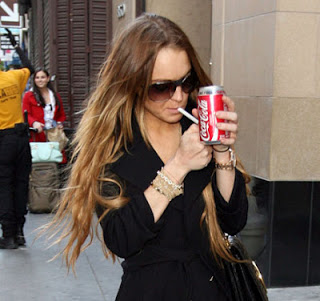 For #ScienceSunday, I feel compelled to discuss a study that got a fair amount of press linking shorter telomeres to sugary soda consumption. In a brilliant yet tragic attempt to sell copy, some news outlets proclaimed sodas to be worse than smoking.
2 Responses
Reading Time: 5 minutes
Better to smoke than to drink a Coke?

For #ScienceSunday, I feel compelled to discuss a study that got a fair amount of press linking shorter telomeres to sugary soda consumption. In a brilliant yet tragic attempt to sell copy, some news outlets proclaimed sodas to be worse than smoking. Here is the TIME magazine article.

And here is the link to the actual study. http://tinyurl.com/epel-sodas

———-I will explain my interpretation of this in four ways: grade school, high school, college, and graduate level.

High fructose corn syrup and carbonation have been shown by this study to shorten telomeres by some valid, but yet to be elucidated explanation. Further study is warranted and since the hypothesis of study aligns with common sense, there must be a direct biological explanation creating this statistical association.

This is what is known as a retrospective cohort study using “data mining”.  The original National Health and Nutritional Examination Study was not designed to look at the link between aging, telomeres, and soda.  Participants listed their 24-hour dietary recollections and gave blood.  The telomere measurements were performed on stored blood samples and then the statistical association was discovered. After the association was discovered, the paper was written.

Because such methods are easy, have great statistical “power” by large numbers, and tell a good story, they are easy to get funded and fun to publish. This is great for building a reputation and attracting more funding for research.

On the downside, they are given (and taken) literally and make conclusions that are shaky, right down to the link between telomere length and cell aging, by the way. This study must be taken with a grain of salt, (or a spoonful of sugar).

Evidence-based medicine has grown to orthodoxy since the 1980’s, courtesy of the US Preventative Services Task Force, and offers a cognitive framework to judge the relative merits of certain types of evidence in making recommendations to patients. These are the levels:

Level I: evidence from at least one properly designed randomized
control trial (which is not to say that multiple studies can’t
contradict each other because they often do.)

Level II-1: evidence from well-designed trials without
randomization. For example, you couldn’t blindly randomize
people for exercise as an intervention because they would be aware
that they were participating in exercise.

Level II-2: evidence from case-control studies or cohort studies.
This would be like going through the records of women who
required blood transfusions in labor and seeing if certain practices
were associated with that outcome.

Level II-3: evidence from time series such as following a cohort of
nurses over decades and reporting patterns that emerge from the
data.

The Epel study falls within the II-3 category and is subject to the problem of statistical confounding. That means an association can exist without being causally related. For example, wearing a Yankee uniform is statistically associated with having a World Series Ring. It is not the pinstripes that cause the ring. It is the better players from the larger market team, playing better in the World Series that causes the linkage between Yankee Pinstripes and rings.

BRADFORD HILL criteria for causation are the nine criteria which establish causation. On nearly every level, this study falls short of establishing a causal link between soda drinking and telomere shortening.

In conclusion, we can expect many years of studies such as this one because they are easy to generate, enhance careers, generate funding, and are thought-provoking.  If the desire is to resolve the issue, then a randomized, controlled trial of soda drinking would be warranted. I believe that such a study would be a waste of money because the hypothesis is dubious and because placebo-controlled blinding is impossible anyway.

Leukocyte telomere length is NOT a direct proxy of cellular aging per se because it doesn’t take into account the variability and the shortest, critical telomere measurements. Also, the issues with sampling and reproducibility are far from resolved.

In my opinion, the public interest would be better served testing telomerase activators in healthy individuals using a double-blinded, randomized, controlled trial.  Measures such as telomeres, glycosolation of hemoglobin (a proxy for hyperglycemic and hyperinsulinemia), body mass index, body composition, bone density, and nutritional and lifestyle modifications not dictated by the study would produce dramatic results based on my clinical experience.

Perhaps this PODCAST 14 on Obesity will get you thinking about the reasons for such a sugary soda/telomere shortening association found in this retrospective, data-mined study: