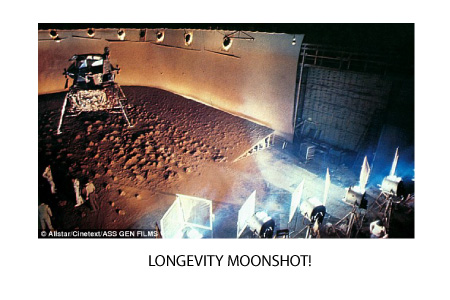 Viva the search and long live the War of Aging and the Longevity Moonshot
No Responses
Reading Time: 3 minutes
Data mining for longevity cures is 24k genius 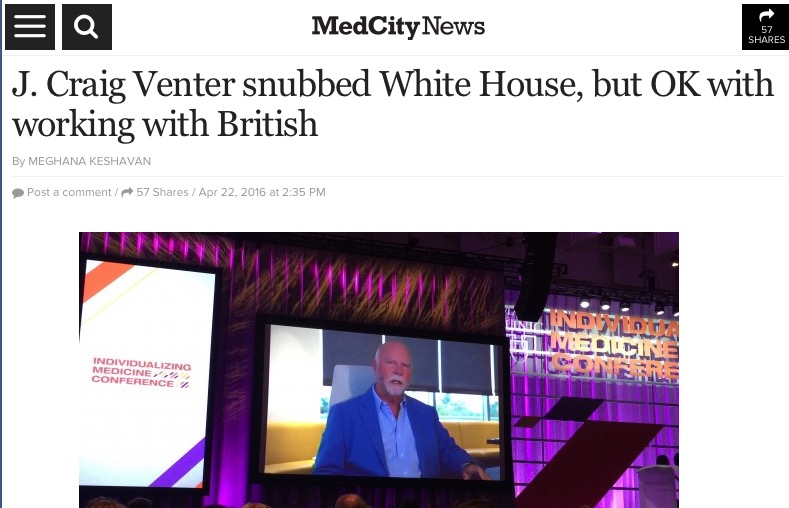 This most recent iteration of the  “longevity moonshot” has taken its expression in J Craig Venter, the Christopher Columbus of the human genome.  His name comes from the Italian for “good fortune” but he won’t need any luck to strike it rich on this expedition.  The El Dorado he seeks is seeking him in the form of savants that made gazillions in the last gold rush and who now head up organizations like Calico.

Perhaps when people say “war on—-” they mean perpetual manufactured conflict to raise money and lower consciousness. And perhaps when they say “——- moonshot” they mean massive waste of money to pretend we’re doing something that we don’t intend to do  (as with the Apollo missions according to some conspiracy buffs) and the recent “Cancer moonshot” declared by this administration.

I know that I am not a man of much gravitas, sorely lacking in business acumen or academic credentials, but I can tell you what my intuition says about ‘data mining’ 100,000 genomes to map out the “war on aging (aka the longevity moonshot)…it’s gonna be a real gold rush!  Cha-ching, baby. We already have the Silicon Valley mavens lining up to invest in our credibility but unlike the Greek Tragedy of Elizabeth Holmes and Theranos, we aren’t making any specific promises and in fact we are hoping to not find anything.

Any fool will tell you that wars and moonshots don’t make sense if they can be easily won or attained.  You don’t have a War on Scurvy (aka Vitamin C deficiency) or a moonshot for creating free email for everyone.

At this moment in history, because epigenetic and stem cell ecological models are so lacking, this pursuit will be a failure for humanity yet a total win for its backers and the economies that receive their trickle-down largess.  Yes, associations will be found, and yes, research and development will blossom; but no, they will not find a simple solution because we already have it and it is being actively ignored.

The problem with data mining to infer emergent behaviors is that biological systems and their cellular behaviors are complicated, contradictory, multi-factorial, nuanced, cross-regulated and dynamic.  And besides, if there were a single reason for aging, we would have immortal animals and some that age prematurely, right?

So why would people mine for gold in the middle of Fort Knox?  Well we can’t sell Levi’s blue jeans, pick axes, and run brothels in a search for something that has already been found, right?

In some cases, it is all about the journey not the destination. Viva the search and long live the War of Aging and the Longevity Moonshot.  Just please don’t be like all these other longevity gurus and famous people who take telomerase activators secretly while monetizing other stuff and claiming clean living and good genes are helping.

I have a friend who is commercializing a method to sequence and store your entire genome, 46 chromosomes and 3 billion base pairs, at room temperature, which you can then sequence and interpret for the next 30 years.  The price will come in under $1,000 in all likelihood will drop below $150 within five years.

But if you want to really live forever, I have another friend at American CryoStem, who will freeze your stem cells so that you can get your best copy somewhere down the line when your best copies are really bad.   I believe that personal stem cell banking, with possible Crispr/Cas9 or other editing tech, is the literal and figurative Holy Grail, in healthy longevity.