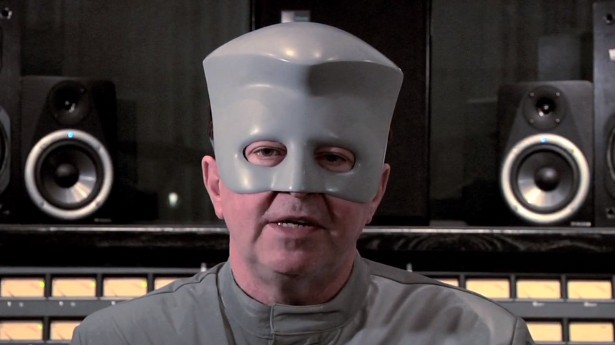 Most people don't know there was a competing and long-deprecated alternative theory to Darwinism called Lamarckism. It suggested that individuals can direct their own phenotype (appearance and function) based on choices and behaviors. This idea that was left largely on the dust bin of scientific history in the 1930's, has now been rehabilitated by the field of epigenetics in a big way.
No Responses
Reading Time: 5 minutes
DEVO was prophetic about our modern man – but we can “Whip it!”

In 1980, in eight grade, I went to my first rock concert: it was DEVO.  This week, we lost the guitarist to DEVO, Bob Casale.  DEVO created such new wave hits as “Freedom of Choice”, “Girl you Want”, “Satisfaction”, and of course, “Whip it!”

The crux of DEVO’s raison e’tre was social commentary: that American consumer with his media-driven reality was causing the human species to de-evolve. This uncomfortably irony-free (think Stephen Colbert without the laughs) cultural lampooning perhaps takes its highest form in the parody-religion that DEVO espoused, the Church of the Subgenius.

To further explore DEVO, I quote from a Rolling Stone interview in 1981, where the bandleader decried:

“…the inherited reality that nauseated Casale and Mothersbaugh.  As they sing on their new album, New Traditionalists, “I know a place where dreams get crushed, hopes are smashed but that ain’t much.”

‘They really think the world could be so much better than it is,’ confided a close friend of the band’s. ‘And they’re distraught at all times over the situation that people are ignorant and don’t respond to the information that they’ve been given.’

To say that these guys are distraught, troubled by the condition of the world, is to understate the case. They are freaked out.

‘Use information instead of emotions to make decisions,’ added Mothersbaugh. ‘A lot of people make decisions based on paranoia, hatred, selfishness and love.

In an interesting bit of synchronicity, right after learning about Bob2’s passing, I was reading a wonderful book given to me by my new Renaissance Weekend friend and its co-author, Matthew Cross, in which De-evolution was used to describe what is happening to modern Americans via our unhealthy lives:

This fascinating book, “The Golden Ratio Lifestyle Diet”, suggests that we can make choices to alter our own evolution.

Alter evolution?  Wait!  Weren’t we told that natural selection at the heart of evolution, takes place over generations, slowly, and that “survival (and reproduction) of the fittest” was the crux of it, acting through the DNA, or genes?

Most people don’t know there was a competing and long-deprecated alternative theory to Darwinism called Lamarckism.  It suggested that individuals can direct their own phenotype (appearance and function) based on choices and behaviors.  This idea that was left largely on the dust bin of scientific history in the 1930’s, has now been rehabilitated by the field of epigenetics in a big way.

It would appear that the genetic code, or DNA is not the entire story when it comes to evolution.  I attended a fascinating lecture at the recent Laguna Beach Renaissance Weekend by Professor Randy Jirtle  about how diet can literally change the expression of genes when given in utero.  Randy talked about the “Agouti sisters” or experimental strains of mice that will change colors based on the nutrition their mom takes while they are in utero.

For those who are truly interested, this is the lecture that Professor gave to us:

So where am I going with all this?  Well, it turns out that what the pregnant mother thinks, does, fears, and believes can imprint upon the child, and perhaps such epigenetic marks, since they are inherited to some extend after each cell division, can even persist from generations back, like C.G. Jung’s notion of a transgenerational unconscious. Maybe there is something to the adage “it skips a generation”.  For more information, read another friend and author’s book,  “Life Before Birth“, by Art Janov.

Now, the Agouti mice sisters are interesting but let’s talk about my patients, “The Harris brothers” for a moment.  Identical twins, they at one point had the same DNA. But the epigenetic or Lamarckian modifications were always apparent in their physical and psychological traits.  Predictably, as they aged, the genetic and epigenetic mutations and drift (think photocopying from photocopies billions of times) made them appear like totally different people. Interestingly, they are starting to appear more like twins again after three years of telomerase activation.  Also, Bill’s genetic age measured by his telomere length has improved by 20 years!

To understand about epigenetics, watch this podcast I did on the subject and the Harris Brothers:

So what is our relationship to de-evolution? It seems clear that conditions for the dystopian realities of George Orwell’s “1984”  or James The Wachowski Siblings “The Matrix”, Philip K. Dick’s “Total Recall” and James Cameron’s “Terminator 2” are being supported when we invite into our businesses, schools, families, bodies, cells and genomes things capable of epigenetically altering our personal and species evolution:  processed and hyperglycemic foods like high fructose corn syrup, TSA scans, 24hr infotainment, and integrated smartphones zapping our bioenergy fields, depriving our senses and reporting our vital information, location, and behavior to “The Cloud”.  And just who is running “The Cloud”?  It turns out that The National Securatee Assoc has always had the ability to turn on your webcam and see where you’ve been on the internet and that keeping tabs on everyone, all the time, as part of their plan to keep us safe from harm.

There are some, like inventor and futurist Ray Kurzweil, who equate inevitability with desirability.  It seems they believe feel silicon-based evolution to the point of omniscient and omnipotent machines is unstoppable and therefore “good”.  But I have not lost hope in resuming human evolution towards greater physical, mental, and spiritual freedom and power based on integration with nature.

But don’t be dejected about de-evolution or dehumanization! Consider these movements that are equally powerful and lining up to oppose the forces of authoritarian control and dehumanization: juicing, organic foods, ‘grounding’, conscious breathing, meditation, yoga, naturopathic remedies, grassroots politics via social media, and smiling.  To read about ways in which you can increase your health, read my free guide on the “5 Things You can do to Increase Your Telomerase Activity”

(N.B.  My book, “Telomere Timebombs: Defusing the Terror of Aging”  was selling for $230 a few days ago on Amazon.  I just listed a few special edition copies as PILEUS PRODUCTIONS but I just haven’t had the time to redo the cover and reissue it yet!)