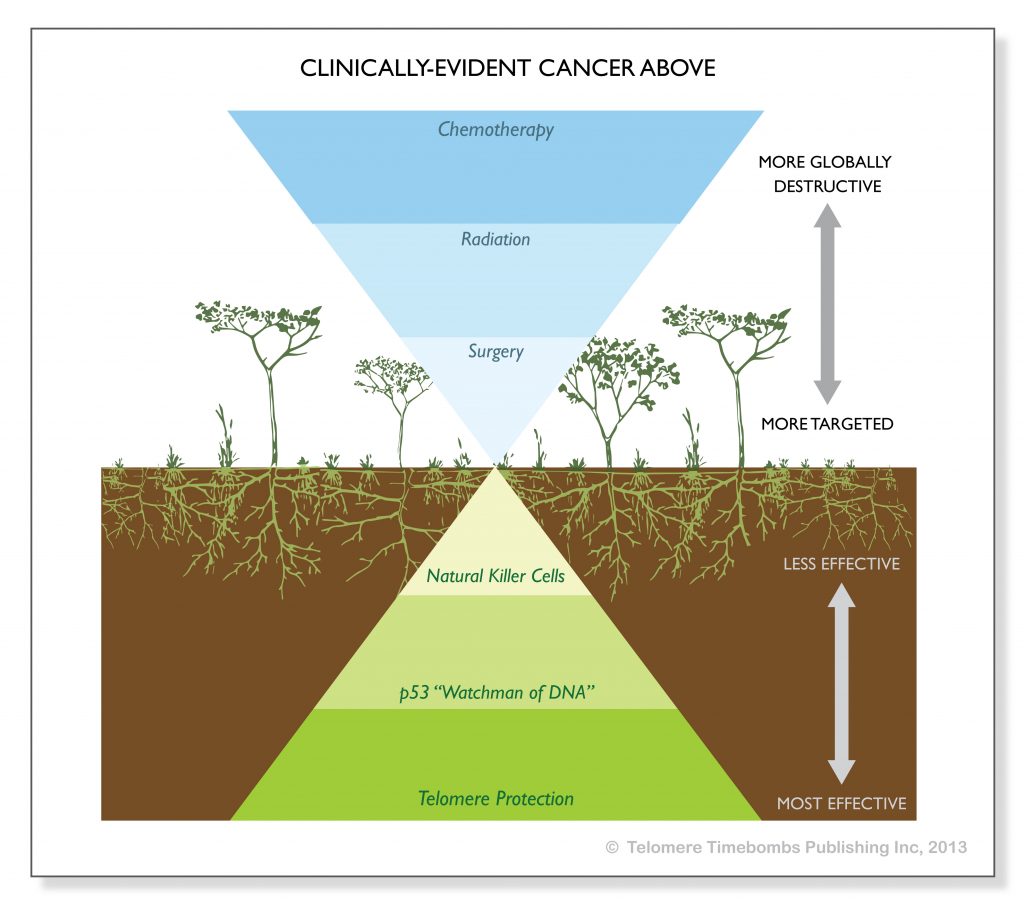 someday we will have the precision tools to defeat it or let it run its course like a cold or flu in an immune competent host.
No Responses
Reading Time: 3 minutes
Did you get cancer for Christmas?

No seriously. Did you?

Don’t kill the messenger but in a way, we let the fear of cancer cripple us and someday we will have the precision tools to defeat it or let it run its course like a cold or flu in an immune competent host.

By analogy, if I punch you, you may bruise. You probably won’t die. If a punch a very frail person with a clotting disorder and they fall, they may die.  As I blogged about here, there is a new  ONCOblot assay for malignant cells and I believe such sensitive assays may be both a “boy who cried wolf” or a blind spot warning chime depending on how we can utilize the information with more precise therapies.

But the C-A-N-C-E-R that you believe in is NOT a thing. It is like aging, truth, beauty…it is hopelessly vague abstraction.  It is not a one time, genetically-predisposed, and robust entity. Rather, it is frequent, rarely occurs in cancer familial syndromes, and probably occurs in already damaged and fragile stem cells that have many intact apoptotic (self-destruction) pathways.

In truth the CANCER that you believe in is a fiction, like pornography.  You “know it when you see it, right?”   Well, all cells have the ability to ignore contact inhibition (respecting elbow room and staying put), immortalize (turn on telomerase), and even trick the immune system into standing down as we discussed with Merck’s Keytruda anti-immuneblocker used by President Carter.

Despite our desire to categorize cancer into benign and malignant, into then stage and grade, the truth is that the entire field is a grey area and that the desire to put the cells into stage (the extent of spread) and grade (the aggressiveness of cells behavior and morphology) serves research, treatment, and prognostication.  Importantly, it doesn’t tell us what precise genetic or epigenetic problems exist, what host immune factors have been tried and have failed or perhaps mitigated the spread.  And it doesn’t tell us how close to self-destruction the cells are and the very best ways to destroy them.

Like a ‘war on terror’, human-scale intelligence is needed to precisely target the weakness of those cells and adjust to their own evolution.  Unfortunately, things like chemotherapy are often mutagens that destroy our stem cells and immune system, setting us up for more problems later. Sort of like killing thousands of people with drones without declaring war and knowing the collateral damage.

You may not like what I’m saying but I believe it to be true. Cancer is primarily a disease of stem cells.  It occurs at a low, subclinical level throughout life and is destroyed or dies off on its own like so many trees falling unnoticed in woods faraway.  The idea that it cannot be easily conquered is false as evidenced by the immune system of President James Earl Carter clearing his metastatic melanoma at the age of 90!  The only thing the antibody did was to block the trickster signal for downregulation of the President’s own Cytotoxic T-cells.

Watch this video to understand my perspective.

In the end, I believe the most effective treatment for cancer is prevention of telomere erosion in stem cells and especially in our immune system, which is charged with fighting cancer to the extent that it can. It is those naive cytotoxic stem cells that we need to be firing on all cylinders because aging is a form of acquired immune deficiency and that AIDS is what allows for inflammation, inadequate clearance, and rapid immune senescence of all cell types.  (n.b. in this diagram from my book, Telomere Timebombs: Defusing the Terror of Aging, the “natural killers” is meant to include the Cytotoxic T-Cells as well).

I may have gotten cancer but since my naïve T-Cells are well-preserved with over 2100 base pairs above average, as shown by this telomere result from June 2015, I have a greater propensity for never knowing about it unless I do something like an ONCOblot test.