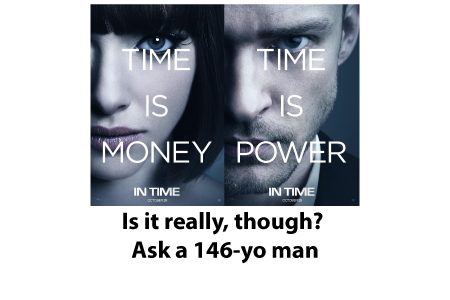 It was reported that an Indonesian man is 146 years old and in my estimation, nothing has changed
1 Responses
Reading Time: 4 minutes
Even if the age barrier was shattered by 23 years yesterday – so what? 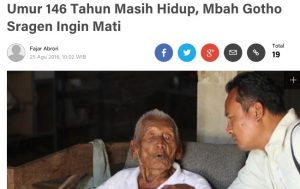 It was reported yesterday that an Indonesian man is 145 years old and in my estimation, nothing has changed. Read the story here. 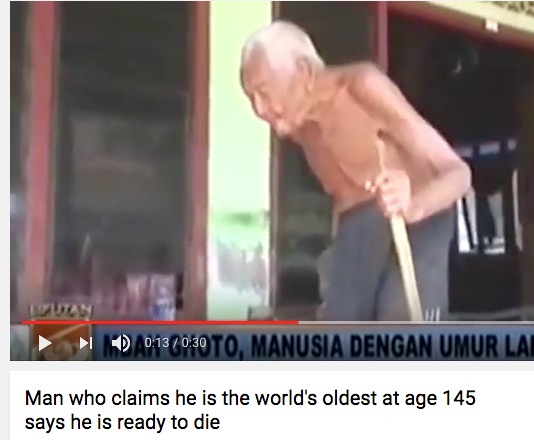 It could be that he has inaccurate birth records but he is certainly claiming no secrets and just wants to die in his current state of health (or lack thereof). Show me a person who is over 120 who is healthy and enjoys living and I will sit up and take notice.

This brings us to a very interesting movie called In Time (2011), starring Justin Timberlake and Amanda Seyfried. In the year 2169, everyone lives in perfect health without aging but people are segregated into zones of wealth. Time=money=life. Everyone looks 25 years old and unless they beg, borrow, steal, or save time, the expiration of their arm clock immediately causes death at 25 years or whenever they run out of time on their clock…

Timberlake plays Will Salas, a 28-year-old Dayton factory worker living with his 50-year-old mother Rachel played by Olivia Wilde (who, like everyone else, looks 25-yo).

A 105-year-old man named Henry Hamilton wishes to commit suicide and ventures from the wealthy New Greenwich to the working class Dayton dive bar where Will saves his life from time thieves. Hamilton confesses that despite having 116 years left, he no longer wants to live. After awaking, Salas, who went to sleep with only about a day left to live and who can’t afford increasing rents and costs of living on diminishing salary, discovers that the wealthy man transferred his 116 years to Will and then promptly jumps off the nearest bridge to his death.

Aside: I just got out of a Singaporean cab and we got into a discussion of the cost of living in this crowded city. He said it costs $2,600 a month for a modest flat of 1,000 sq. ft and that a taxi driver makes about $2,300 a month.

In the future presented in the movie, scarcity is manufactured and the practice of time lending for usurious interest is a embodied by Salas’ poor little rich girlfriend’s father, Philippe Weis, whose wife and daughter all look 25-years-old as well.

This is a good segue into a Facebook posting I saw tonight:

“Can anybody here give any good reason for humans continue breeding?”

Assuming we cure aging and there isn’t a system of monetization for life expectancy as depicted in the movie, what would be the purpose of breeding? The old want the young to pay into pensions and serve them. Society benefits from new ideas, enthusiasm, and a renewed gene pool. But my reply was simpler and more practical:

People are awesome! We need them to write poetry, pay for science, and to create more love and wisdom in the world.
The species is constantly renewed by new lives and families create the structures of love and meaning upon which we depend

So a man lived to be 145 in poor health? So what? So a fictional man lived to be 105 with 116 years to spare in excellent health and looking and functioning like a 25 year old but he wanted to die. So what?
Whatever existential ennui, mind-numbing boredom, heart-wrenching loss, or ethical guilt caused the wealthy man to kill himself is the real concern.
What we need is a third scenario: indefinitely viable and healthy people with a purpose and a joy for living. Jobs are for robots. People are needed to create love and art. 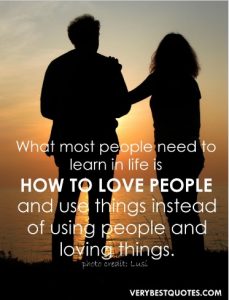 What is the only pathway to human happiness in this life? To be of service to others. I don’t care how much wealth you have in terms of money or longevity- if you are not helping others, you may as well not be here. Go and endow a building to teach people how to NOT end up empty and bitter and hope the students who follow don’t view the world in such meager terms.

1 thought on “Even if the age barrier was shattered by 23 years yesterday – so what?”