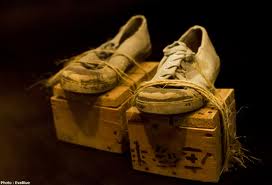 Simply stated, telomerase is neither pro nor anti-tumorigenic any more than a foot or a brake pedal cause car accidents while driving down a mountain. Telomerase, like a driver's foot, prevents carcinogenesis by speeding up or slowing down the car.
1 Responses
Reading Time: 3 minutes
Flaming Zombie Lemming Cars! (or why telomerase doesn’t cause cancer)

For today’s #ScienceSunday, we turn to what is, but shouldn’t be, people’s number one concern about increasing telomerase activity: the risk of cancer. They think that because telomerase, the enzyme that actively lengthens telomeres, is active in cancer cells, that means it is causative.  In fact, telomerase activity is probably is a necessary but not sufficient condition for cancer that persists because cancer is primarily a disease of stem cells, not regular cells.

I want to present one of the first studies by Dr. Stephen Artandi, a Stanford professor interested in telomere research.

I want to draw your attention to their final sentence :

Together, these studies establish a key role for p53 in the cellular response to telomere dysfunction in both normal and neoplastic cells, [YES] question the significance of crisis as a tumor suppressor mechanism [NO!] , and identify a biologically relevant stage of advanced crisis, termed genetic catastrophe. [DUH]

My opinion on this is simple – so simple that it offends many ‘real’ scientists. Simply stated, telomerase is neither pro nor anti-tumorigenic any more than a foot or a brake pedal cause car accidents while driving down a mountain.  Telomerase, like a driver’s foot, prevents carcinogenesis by speeding up or slowing down the car.  When insufficient telomerase activity exists, telomeres become critically-shortened and  DNA damage ensues.  Read my book to understand this process clearly.  It appears to most reasonable people that telomere shortening is carcinogeneic as revealed in this landmark JAMA study.

But the “Watchman of the genome” or Enzyme p53, is the anti-lock brakes on the car. This amazing central guardian “detects” DNA damage that occurs from telomere shortening and halts cell division until repair can be done. If repair is not possible, it causes the host cell to die in a process called apoptosis.  This is the final death mechanism of many of our cells and it is mediated by poking holes in the hosted mitochondria, thereby melting the cell with oxidative battery acid from within.

What was really going on in this study?  They cut the brakes of the car while a kid was driving!  Replicative senescence, or telomere shortening occurred (gravity pulled the car downhill) but the telomerase was inactive (i.e. the driver was too short to reach the pedals). At the top of the mesa, the car was fine although the damage accumulating couldn’t be reveresed by telomerase or recognized by p53.  As the car sped down the switchbacks, what initially appeared like LESS trouble or cell suicide (as in stopping the car or cell replication for safety) really turned out to be MORE trouble as the car careened helplessly off the cliff (the cancer event).  What’s worse is that none of the progeny of that cell inherited the ability to self-anihilate so it was as if zombie, lemming, cars were appearing to rain down on the helpless dwellers below.

Without the ability to stop itself (p53), the car wreck was just a matter of time.  So the significance of genetic crisis in cancer formation is no more in question than disabling the brakes of a car is in question for car crashes.  Hope that helps!