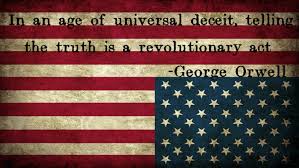 Was George Washington the first or the ninth president of the United States? Despite considering myself a relatively informed person, I wasn't even AWARE there was a debate, let alone a "conspiracy theory" tag associated with this question.
3 Responses
Reading Time: 4 minutes
Happy 4th of July! – Now who REALLY was our first president?

Was George Washington the first or the ninth president of the United States?  Despite considering myself a relatively informed person, I wasn’t even AWARE there was a debate, let alone a “conspiracy theory” tag associated with this question.  Haven’t heard of it either? Well, here is a list of “CNN’s 11 Political Myths and Conspiracy Theories that still persist”

I would consider the 11 entries in this piece of (ahem) “journalism” totally unworthy of being lumped together because they represent opinions that are not easily verifiable. So we really have to wonder, who is the real winner and who is the loser when we lump them together?

The winner is mainstream media if you believe this reporter’s oversimplifications.  The loser is the official historical record if you don’t bother to critically evaluate each one.  But what is the game we are playing?

The game is the fight for the created matrix of reality or our “hearts and minds”. This particular iteration is the “FUD” game or – Fear, Uncertainty, and Doubt.  Generation of FUD is meant to generate FEAR in holding an unpopular belief (aka a conspiracy theory or myth). But that is just the opening move.  The middle game is generate UNCERTAINTY of one’s own faculties to judge the veracity of anything. The end game is the DOUBT required to cede all judgement of objective truth to someone else.

But back to George Washington.

The Second Continental Congress declared independence on July 4th, 1776.  The Articles of Confederation were ratified in 1881 and they set forth a one-year office known as the “President of the United States in Congress Assembled.”  Since we generally consider the independence of our country and its wholeness as beginning with 1776 or 1781, some have argued that there were 8 presidents before Washington.  The orthodox opinion, as we can now fully appreciate, is that the deletion of the words “in Congress Assembled” makes the first eight non-presidents ineligible because the Constitution is what defines our nation.

Give our dear leaders’ acts to curtail constitutional significance, at least with regard to the Bill of Rights, I would argue that what defines our nation is more a matter of who controls the military and the press and that the experiment of using the constitution to define our nation has been abandoned in favor of national security.  How did this happen? Why? Because of the FUD associated with the unpatriotic act of questioning The Patriot Act in times of alleged perpetual war and group sacrifice.

I concede that reasonable people can certainly ‘agree to disagree’ on whether John Hanson, not George Washington, was the real the first president

“Washington, Schmoshington! What am I.. chopped liver?”

But I really must insist that facts are always important. Subjective interpretation is even more important. But what should be LEAST important to thinking people are conclusions.  Yet sadly, they are the only thing of interest in the sound bite/Huffington Post-driven drivel that passes for journalism and informed opinion these days.  It reminds me of the abstracts (summary paragraphs) of medical studies that I always warn you in this blog about telomerase possibly causing cancer

So are we working towards an America and a new world order where the only opinion that matters is the group/state/sanctioned one?   I hope not.  But we do appear to be growing a crop of youngsters who might someday champion these “doublespeak” aphorisms of Orwell’s dystopian “1984“:

What is my evidence? Well, just consider that Janis Joplin’s diatribe of “great social and political import” can be used to sell the conspicuously-consumed cars that she was railing against, without irony or outrage:

In fact, “IRONY IS THOUGHTCRIME” might be a catchphrase of our new republic until the concept of irony disappears from the vocabulary all together.  And speaking of all together, the sheep are a nice touch. Reminds me of an important black comedy from Australia called Bliss. in which an advertising exec, after a near-death-experience, realizes that he is peddling lies and covering up corporate carcinogenesis.

So, Dr. Park….just what is the tie-in to telomeres?  Glad you asked 🙂

15,000 studies, a 2009 Nobel Prize, and simple reason indicate that my Stem Cell Theory of Aging is superior to a notion of divine providence. But everyone insists on starting from the conclusion that Aging is natural because it hasn’t been understood or treated yet.  That “teleological” thinking (or working backwards from a conclusion) is the reason we don’t can’t invent an airplane or read at night.  If mankind were meant to fly, or read books like “1984″, we would have been grown wings and candles on our fingers, right? I’m being ironic, or facetious.  But whatever I’m trying to be, you all need to wake up!  Aging is not normal. It is the result of simple and reversible mechanical shortening of telomeres in our stem cells.

(End of rant. Thank you)

3 thoughts on “Happy 4th of July! – Now who REALLY was our first president?”