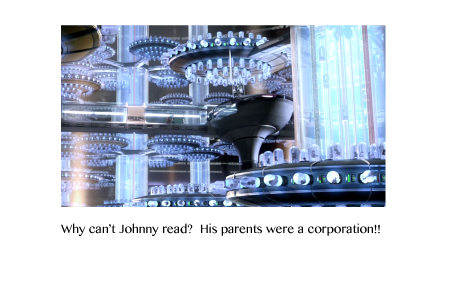 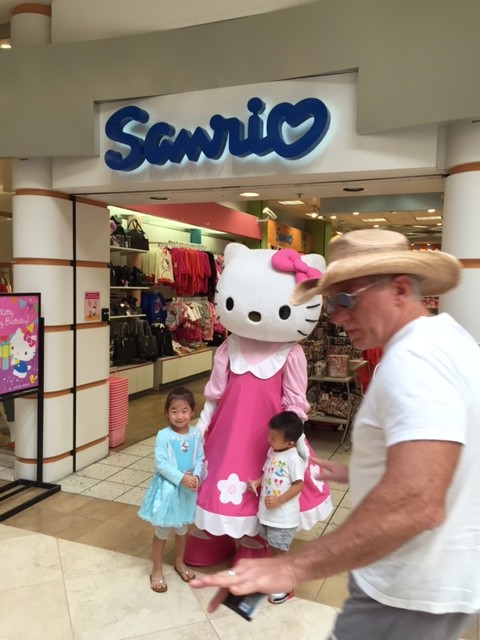 Contained in this image are the secrets of human evolution.  Let me explain.  The reason why human primates don’t eat their young and change partners like auto leases is that we are hypnotized by cuteness.  A large head and eyes on a tiny body evokes cuteness and the program to care for the dependent.

A week ago, China officially ended the one child per family policy that has been in place since 1979.

This signals that the government has decided that it will need more citizens to pay taxes, do labor, and fight in wars.

In this image, the man who couldn’t be bothered to walk around or wait and said “hold it” as he walked in front of the glowing mom exemplifies the selfishness of the human condition.

So just what are the variables that affect population growth?

Briefly, sex is mother nature’s ‘long con’ to trick teenagers and most everyone else into reproduction. Contraception and abortion are human inventions to circumvent the system. Child mortality and economics favor pro-natalusm in an agrarian model where exceeding replacement fertility of two children to two parents makes sense given the fact that child labor can add wealth and child death represents an expected loss to the family unit. Social normative behavior is the idea that raising a child is somehow a valuable part of the human experience and that idea is challenged by books like Spinster

In recent decades, China’s population policies are just another nail in the coffin of Mathusian doctrine.  What we can say with certainty is that when people move to an expensive, urban, and low infant mortality setting, the population will not grow but rather fail to reach replacement fertility.

If you change the economic conditions to one where energy, income, commodities, and consumption are in excess, then 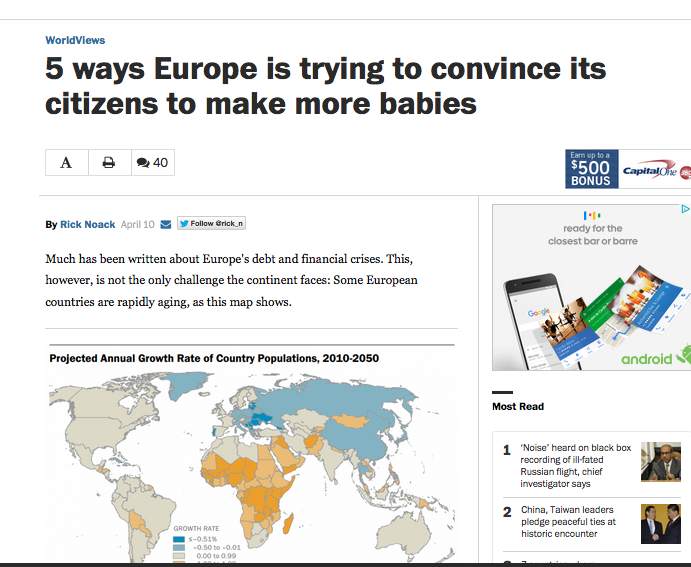 perhaps some would have more than two children but in general, modern humans who anticipate 80 years of life don’t fall for an 18+ year contract for wealth destruction and weekend soccer chauffeuring at extremely high rates under current circumstances.

The two most profound factors to affect population dynamics that people can’t yet imagine are extended lifespan and procreation outside the family.

If a woman and man do not age and can procreate until they are well past 100, the entire game changes.  It is not that society crumbles under an inverted population pyramid because remember, these are not old people, they are just older.  We will find that the insurance policy against annihilation that procreation represents will not interest as many people as early in life assuming that contraception, social normative behavior, and economics don’t change.

As the Washington Post article explains, Western European governments are offering ‘bribes’ to citizens to procreate because they perceive a need to preserve racial purity and cultural continuity. They cannot conceive of a society where immigrants from other countries are able to replace their waning fertility in a net positive fashion 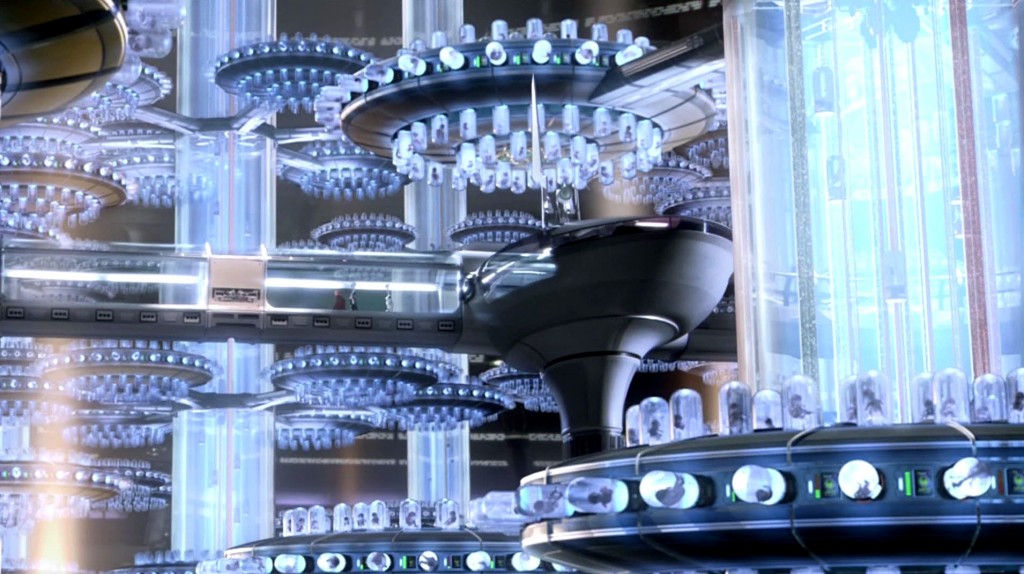 In the Star Wars mythology, the empire creates clones of  Boba Fett’s dad to make an army and given the artificial womb tech that is emerging, the question will soon be asked, can a corporation, religion, political party, or government create humans?

Citizens United already determined that corporations are people so what would be so wrong about breeding humans and raising them to populate your ranks?  Sound like Brave New World?  Well- perhaps there is no moral line there that needs to be crossed when you consider that many conspiracy theorists think your entire American life exists only to provide a “straw man” corporation and collateral for its operation. 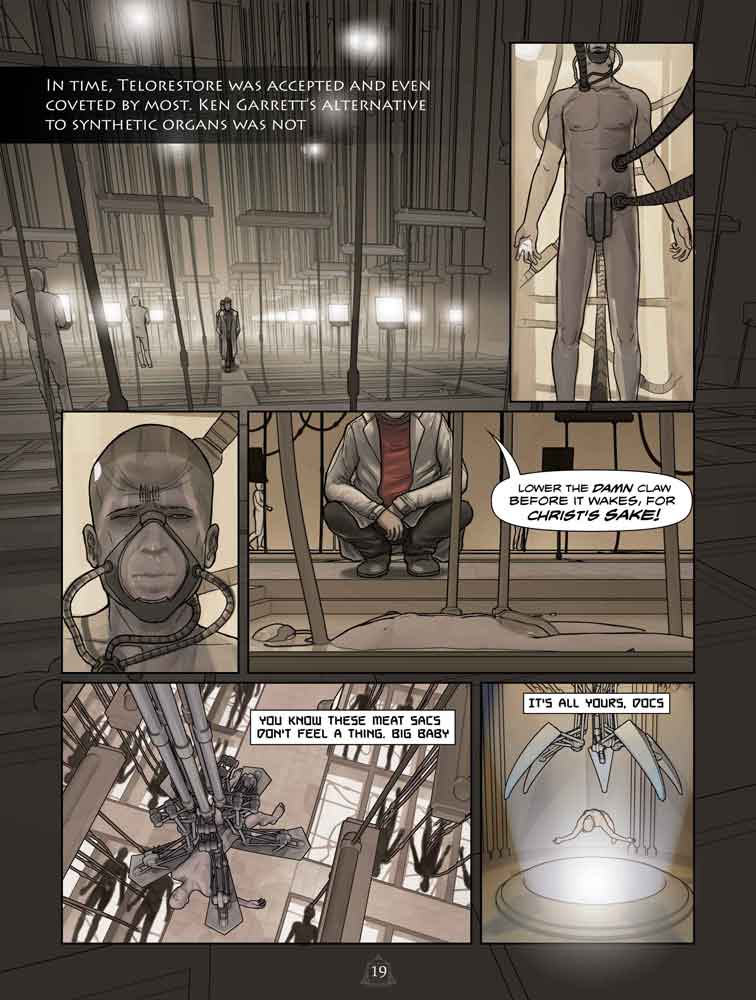 In my graphic novel, Maximum Lifespan, corporations breed humans for organ harvesting and lobotomize them.

But what would be the ethical justification (if that’s not an oxymoron) for prohibiting a church, corporation, political party, or nation from just growing their own?

Providing food, indoctrination, safety, and identity have always been the fortés of the collectivist state and perhaps the inefficiencies of the nuclear parenting model that were addressed with the Hitler Youth, the Chinese Cultural Revolution, and the rise of Khmer Rouge would never have happened if we simply abandon arbitrary naturalism and move towards a no-fig-leaf policy.

If Monsanto can’t sell its GMO products to nuclear families, why doesn’t it just raise its own people, teach them to love Monsanto and work for it until death, and maybe some day bring home a senator’s son to meet the family.

When you think of humanism, it has a very limited view of morality and is prejudiced beyond belief.  If corporations can be people, they have the right if not the duty, to procreate and once we get past the squeamishness and the jurisprudence of who pays when Johnny goes nuts and acts out. Then evolution can take place on the scale that modernity has preordained – that of corporate game theory.

If you are interested in reading my prophetic graphic novel, then I have good news. We have lowered the price for iPhone/iPad viewing to $3.99 (in any of 10 languages) and the English harcover is now $9.99 (from $29.99) plus shipping and tax.  It sells for $33 an up on the used market!

I also predict consciousness storage and transfer, lobotomized clones for organ harvesting, anti-Transhuman social upheaval, and the physical separation of the upper and lower classes in urban centers among other things.  Read tomorrow’s news today!

If you failed to detect irony and irreverence in my pitch for corporate parenthood, then I salute you.  In a world where people will assemble 800,000 strong to celebrate the KC Royals’ world series victory but not even write to their congressmen when we send US fighter jets to fight Russian fighter jets in an ever-escalating game of geopolitical chess,it is clear that the question of “what is so important about kids being raised by human parents?” is no longer rhetorical or even absurd.