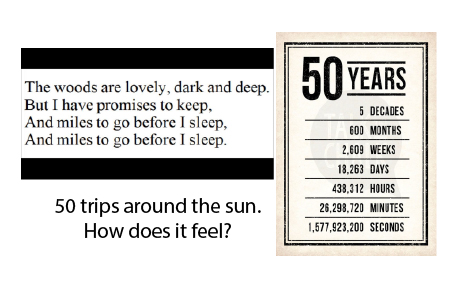 How does it feel to turn 50? It is bittersweet because I don't feel my age yet still harbor demons that cherish the hidden death agenda.
1 Responses
Reading Time: 4 minutes
I just turned 50…How does it feel?

I just turned 50 six minutes ago. So I asked myself: how does it feel?

And my answer came from the Bob Dylan song: “Like a rolling stone.”

The saying of “A rolling stone gathers no moss” attributed to a freed slave and poet named Pubilius Syrus which is fitting because I spent a lot of time researching Roman slavery and the symbolism of the Pileus, or the Phrygian Cap, that slaves used to wear for Saturnallia week

I named my company for producing screenplays, graphic novels, and non-fiction works Pileus Productions, and created a logo based on the symbol of manumission and the Magritte painting, The Son of Man: 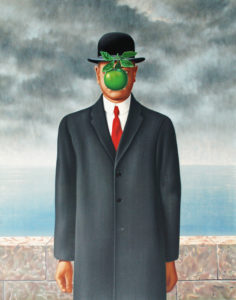 I did this because at moment when I first understood the deeper truths of life, I realized that we all consent to a form of voluntary slavery. We are slaves to the notion that scarcity exists in our freedom to think, the numbers of years we can expect to live, and every other idea you can consciously or subconsciously fathom. 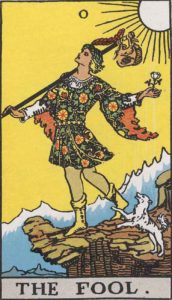 I now understand the path of the fool represented by the Tarot card. I concede that all ideas, including my own, are obsolete as soon as they are conjured. There is always a more subtle yet more encompassing paradigm to discover. Whether it be in our relationships with ourselves or others, our compulsion to label, define, and subdue the majestic and indefinable scope of unknowable entanglement is a form of voluntary slavery. 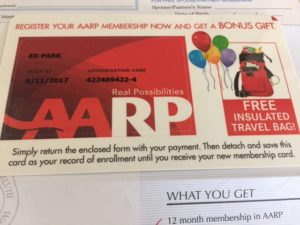 Speaking of cards, the AARP (American Association of Retired Persons) sent me my own this week to welcome me into their cult. I don’t feel like this rolling stone is gathering much moss and this brings mixed feelings. By taking adaptogens, I have let go of the notion of only eighty-something healthy years on this earth.

Strangely, the notion of non-attachment implied by the rolling stone and the fool fills me with a certain ambivalence that makes me appreciate the pathos of vampires and the scene in The Age of Adeline where the never-aging woman (by virtue of a telomerase mutation) greets her first grey hair with elation.

The mind loves an arc, not a circle. It loves a beginning, middle, and end. It swears “til death do we part” trusting that it can date around in the afterlife. Although we like the notion of eternal life, there is a palpable sense that life should decay, age, and bow off the stage. 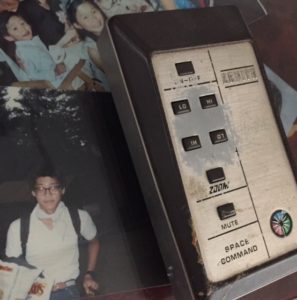 This final image was taken while staying at my mother’s place and it captures three images. In the upper left, my son sits at a family gathering, not more than three years old. In the lower left, I am a young man of about 20 years. And to the right, the remote control for a TV that we haven’t owned for decades.

Anachronism means something that is “out of time” and when I think of the chaos that occurs in our bodies as a result of telomere erosion in stem cells, I am reminded that our cells are all drifting away from each other in an inexorable process of genomic entropy. We are becoming disintegrated versions of ourselves with acquired genetic mosaicism. Evidence of a reversibility of this process can be found in the twins webinar I did where two not-so-identical twins began to look more similar again after taking TA-65. Our aging cells are like devices that no longer are needed, like an obsolete remote control. Our cells grow less adept at communicating with each other because they acquire mutations and are endowed with a preternatural ability to grow old without dying. On a fractal scale, it is ironically our ability of cells to grow old that allows us to grow old– and that is, until we perfect the ability to find and replenish our youthful stem cells, actually a very good thing.

I believe that with adaptogens, we can flatten out the healthspan curve by facilitating maintenance, slower mutation, and enhanced apoptosis. A system in motion requires balance and flow; this is the essence of the Hawaiian word, Lokahi. I hope to retain enough relatively undamaged stem cells so that when we perfect the already existing methods to extract, analyze, and replenish our best copy stem cells, I can thrive in a younger and healthier state indefinitely. At that moment, I will join my fellow astronauts on spaceship earth as a full denizen of the Garden of Eden; we will all partake in the fruit of the Tree of Eternal Life.

How does it feel to turn 50? It is bittersweet because I don’t feel my age yet still harbor demons that cling to the hidden death agenda implicit in our medical, economic, and social systems. The demons whisper I have merely “miles to go before I sleep” when it honestly feels like the journey could be measured in parsecs if my fellow humans would just get their priorities straight and stop dreaming about space colonization, buying electricity, and fiat currency.