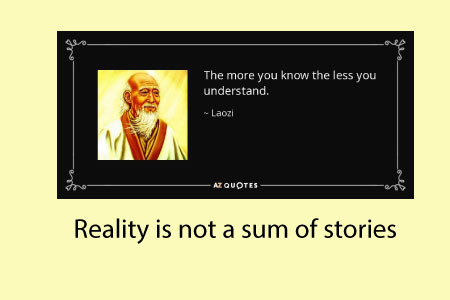 "the more you know, the less you understand."
1 Responses
Reading Time: 2 minutes
My beer with Assaf

Last evening, I on the roof beer garden of my hotel in Japan, I had the most interesting conversation with a young man preparing to go to the Israeli Defense Forces. He said something very interesting that I often also consider: “the more you know, the less you understand.”

The young man of no more than 21 years was, as am I, fascinated with a history, politics, and technology. He was preparing to be an artificial intelligence programmer but his true passion was history. The conversation ranged from the history of the Jews in Persia, the praetorian guard, the diaspora of the Jews from Alexandria in 415, facial recognition social credit in China, Israeli politics, AI in combat and identification of friend and foe technology, false flag operations, deep state blackmail, and the virtues of American hegemony.

Rarely do I encounter people with such wide ranging and promiscuous minds that they have heard of the obscure references that I make regarding history, politics, and technology. Not only did Assaf know what I was talking about but he added to my own knowledge for which I am grateful. And his statement about history resonated with me. He said that the more he learns from highly specialized and knowledgeable historians, the more they all agree that we really understand very little.

When it comes to aging, I often make the case that although I believe the primary driver of aging is telomere attrition in stem cells and the resulting mutation, dysfunction, and depletion of those stem cells, there are other factors which experience co-variance as the body travels through time. The problem with human knowledge in general is that people get lost in the minutia of their pet theories and attempt to make deductive reasoning expand back into in inductive general statement which no longer robustly explains the emergent and dynamic properties of a complex system.

The problem with stories is that they have limited explanatory power. In fact, the emergent properties of any complex system are not only not easily understood as merely the assemblage of many subplots; the actual symphony makes no sense when you just read one instrumentalist’s sheet music.

By analogy, we are not even able to understand one instrumentalist’s music if you consider the cells to be musicians. The songs are their exosomes. The notes are their molecules of proteins, mRNA, and miRNA. But the types of instruments and the ways they generate their timbres with overtones and harmonics is something that will permanently opaque to us as well.

If people think they are ever going to understand and mitigate aging by deduction down to single molecules or cells as in the case of the GDF11 believers of even the hypothalamic cell believers, they are undertaking a fool’s errand.

I received a message this morning about exosomes, miRNA, and two candidate molecules in hypothalamic cells that control aging. This triply tickled my reptilian brain but as Assaf, the student of history warned, the more you know, the less you understand. Click the headline below to read more but beware. A good story, just like one interpretation of history, will never be the whole complex picture. A story is just a linear and simplified explanatory model which, when expanded, loses its predictive value. If you want an artistic rendering of what I am trying to explain, I refer you to this previous blog about the movie, Rashomon.