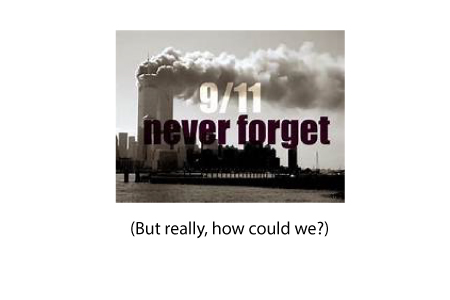 In fact, everything you do remember has some emotional valence to it. The stronger the emotions, the more vivid the memory.
No Responses
Reading Time: 3 minutes
Never Forget 9/11! (but how could we?)

On this day, 15 years ago, something horrible happened. Most of us remember vividly where we were, what we were thinking, and can never forget. Why?

Just as with the assassination of JFK (before my time), people can never forget trauma because the same system that regulates emotions, the limbic system, creates memory formation. Pretty good argument for not spanking your kids…

In fact, everything you do can still remember has some emotional valence to it. The stronger the emotions, the more vivid the memory. What did you eat three days ago? You don’t know because you really don’t care. Have you ever had food poisoning? Bet you remember that food…

Lack of caring is why there is a generation of kids with so-called ADHD. They don’t care about what they’re learning because it fails to stimulate them at the bandwidth that smartphones, video games, movies, and TV do. If they cannot manufacture feelings from their own desire to master the material or from fear of failure, then they will be forgetful and distracted. I call it Pierre Syndrome after the Maurice Sendak story, “Pierre”, beautifully interpreted by Carole King.

What if we could remove emotion from human existence? This thought experiment was done in the sci-fi movie, Serenity, when a chemical to induce docility worked too well on Planet Miranda. People had so little emotional attachment to everything that they didn’t even get up and go feed themselves, opting to simply die in place.

In a smaller percentage of humans, the suppression of emotion had a paradoxical effect and they became murderous cannibals in search of emotional gratification through violence. 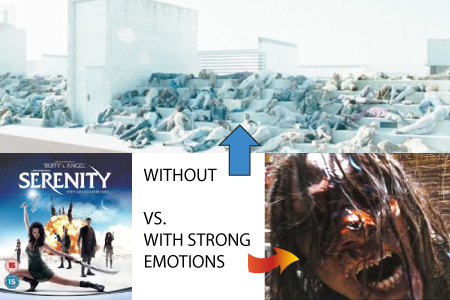 A third paradigm comes from the Stanley Kubrick movie adaptation of Anthony Burgess’ novel, A Clockwork Orange. In it, no attempt to suppress the human instinct to violence and depravity is given and the kids have access to drugs that encourage violence and sexual aggression.

After his arrest, the violent adolescent thug, Alex, is reprogrammed by the criminal justice system, using aversion therapy, to hate violence with nausea-inducing medications and associative cognitive therapy. The once beloved “ultra-violence” and Beethoven that Alex’s depraved mind once enjoyed were reprogrammed to induce a physical nausea and revulsion. A human without he natural emotional tendencies was as unnatural and improper as an orange made of mechanical clock parts. 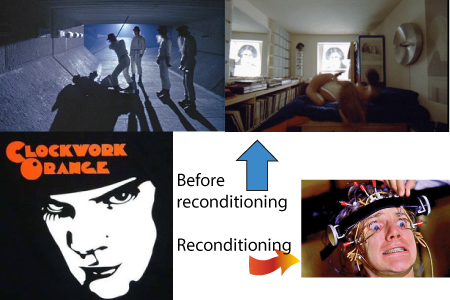 Rather than medicate or remediate the very essence of what makes a human being’s life worth living, we should seek to find positive associations and preserve the only advantage we have over artificial intelligence and other life forms: the ability of the symbolic mind, using emotions, to create associations we recognize as memory, narrative, and meaning.

In the end, facts are mutable and truth is unassailable by the powerless. The only thing which we can master is our own reactions to things, which is our karma. How people treat you is THEIR karma.

All we can do is be kind, compassionate, and have good manners. Why bother? Because as Maya Angelou’s quote suggests, that is the most effective way we can impact the work, like ripples spreading out like a pond dropped in the lake. Never forget the kindness you are shown in this life. The traumas and perceived trespasses will take care of themselves. 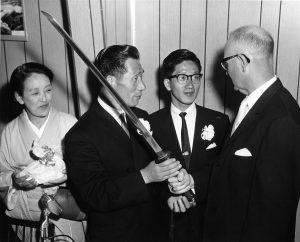 Remember the Japanese firebombing the West Coast of the US? The powers that were didn’t want us to. But the pilot who carried out the attacks will never forget and neither will the victims. Here is a Facebook posting about the way that remembrance went down when pilot Fujita visited Oregon after WWII.

Why do an average of 22 American veterans of the post 9/11 wars kill themselves? It might have a lot to do with what they will never forget. And why do families of those killed in drone strikes bear animosity for America? Same reason. Perhaps as we are busy “never forgetting” we should also work on understanding root causes and creating peace?

Users of adaptogens like TA-65 or RECHARGE are warned by me (and most laugh): be grateful and happy before you sleep. Why? Because anxiety sows nightmares in your enhanced dreaming and degrades your psyche, laying down fears and creating negative stories. Watch this video for more info: