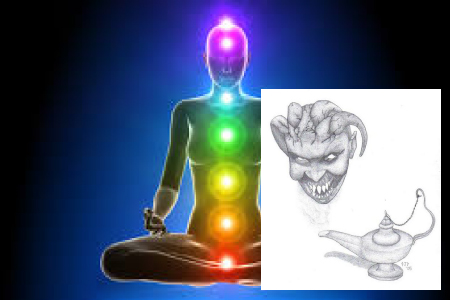 I do not defer to a notion of "common sense" because reasonable people can agree to disagree on anything from Planned Parenthood to Pol Pot's political cleansing. Morality and ethics are luxuries that are afforded only those with the power to exercise them. What we as a a species need to defer to is the dominion of the heart.
1 Responses
Reading Time: 3 minutes
Only a heart-centered view of the future can save us from ourselves

Tonight, I am troubled that the light at the end of the tunnel is in fact a freight train.

Yesterday, I posted a light-hearted interview with Transhumanist Presidential candidate in which we mused about the coming convergence of technology into the human body.

How very topical that TIME’s cover is about how tech is invading our bodies and promises (threatens?) to keep us all connected, all the time: Now today, I read about a application of a London-based firm to bridge the “Embryo-gap” developing with Chinese scientists, who have already successfully mutated human embryos. They have an invention called CRISPR that can edit genes.  I say that just because monkeys can type, that doesn’t mean it will read like Shakespeare.

To understand why this sort of genetic manipulation is a terrifying form of playing god, read my blog about the former TIME article that horribly misrepresented a Chinese effort to “cure aging” that was merely the first threshold that we should think twice about crossing.  The Genie should stay in the bottle if we haven’t yet understood how to control it. I think my friend,  Christel Rosenkilde Christensen says it best with this image: I do not defer to a notion of  “common sense”  because reasonable people can agree to disagree on anything from Planned Parenthood to Pol Pot’s political cleansing.  Morality and ethics are luxuries that are afforded only those with the power to exercise them.  What we as a viable species need to defer to is the dominion of the heart.

Although people would consider the brain, or reason, to be the best judge of what is prudent, in fact the heart is the organ of truth and the one which can never lie.

Would it be reasonable to test the effects of syphilis upon unsuspecting Guatemalans?  The Rockefeller Foundation and Johns Hopkins thought so.

Lest you think that such misadventures are the exception rather than the rule, consider that one of the great pioneers of experimental medicine was none other than Nazi scientist Dr. Josef Mengele!

Some would argue that in order to find the hope at the bottom of Pandora’s chest, great calamity must be loosed upon the world.  Is that really the lesson of the fable?  What does your heart tell you?