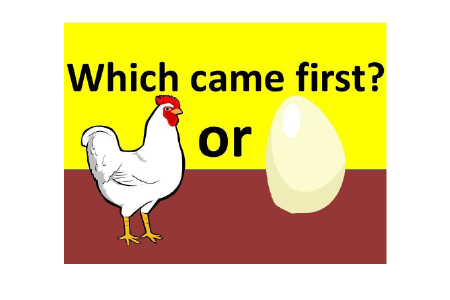 There is a common laziness bias: we assume our models of the world to be valid simply because we haven’t considered information that would contradict or refine them. Just two days ago, I realized that I have been taking the wrong off ramp to my home for years. I wouldn’t have realized it if my regular one hadn’t been closed for construction. Such is the nature of wisdom.

In my search for wisdom about aging, I still maintain that the primary cause is telomere shortening. This does not mean that methylation, mitochondrial dysfunction, cellular junk, and signaling with stem cell produced vesicles (like packages with a purpose) don’t play a secondary role. They clearly do!  A recent study showed such vesicles from healthy cardiac stem cells can rejuvenate damaged ones. I had the pleasure of meeting Milad, the scientist who wrote this definitive paper on these vesicles yesterday.

As we see with the current Charlottesville political theater, truth and good intentions are not a zero sum game to be understood like thermodynamics or Newtonian physics. We can all be morally wrong so my telling of lies or acting like an ass doesn’t make your lies more true or ennoble your actions.

Let’s think of truth as a scalar function. As information and bias is lifted, we all get wiser. It has never been a question of telomere versus mitochondrial versus evolutionary thinking. All are parts of a puzzle that we can set into some order. That said, we still have to accept that the egg came before the chicken and that some conundrums are really just sophistry. Eggs existed for many millions of years before chickens so some proto-chicken laid the first mutant egg that became a chicken. It cannot be any other way.

The reason I suggest that telomere dysfunction is the egg and not the chicken is nature. The inflammation, methylation, mitochondrial damage, DNA mutation etc. that people associate with aging can all be a result of aging produced by telomere attrition. There are no models of premature human aging based on these alternative theories.

As proof of my biological order of operations, I offer this recent publication of scientists reversing the effects of aging in progeric children using telomerase messenger RNA.

Telomeres are not only a biological clock, they also have other signaling roles and are the main mechanical driver of chromosomal damage leading to senescence and aging on the cellular and organ level.  The best evidence suggests that although there are many ways to cause diseases that look like aging, its natural models, in both progeric children and all of us, is telomere erosion in stem cells which drive both local dysfunction and reserve depletion.

If you look at the best natural models of accelerated aging, they all involve defects in the telomerase system. Watch this video I did on the subject to understand more: