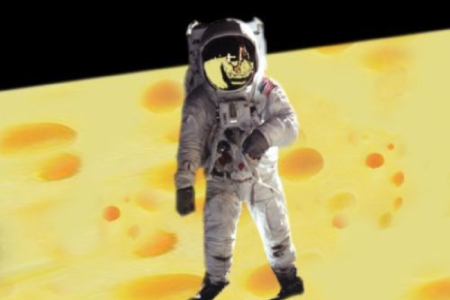 "To our knowledge, this study is the first that focused on the analysis of rTL [relative telomere length] in a variety of human tissues."
No Responses
Reading Time: 3 minutes
Telomere research is more dubious than you can imagine

Once upon a time, there was an idea. People believed it, then used it to prove whatever they wanted to prove.  After many people used this premise, it was never truly questioned.  Then one day, someone questioned the idea and was told they were stupid for questioning.  After some struggles, it became inconvenient to continue denying the new, more accurate paradigm.  So the old idea was reluctantly abandoned.

This could apply to many deprecated ideas.  For example, the theory that the sun chariot is driven across the sky by Helios into the world ocean at night. 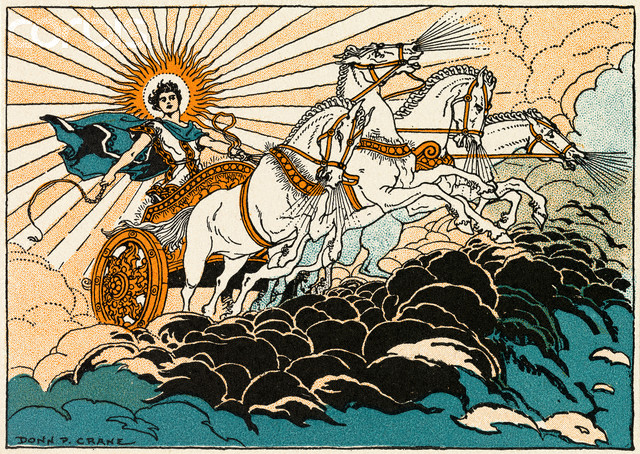 At one point, this chariot idea was a robust explanatory model. For more, watch this David Deutsch’s TED talk about “hard-to-vary” explanations and the advancement of science.

In the area of telomere science, scientists wanted to believe that leukocyte telomere length (LTL) measurements are a proxy for telomere lengths in the other organs because they had research grants to study something and couldn’t resist doing the easy thing – drawing blood and assuming that the LTL represented everything. If I was studying the liver, I wouldn’t biopsy the liver but instead just draw blood, because that’s what everyone did.

This is akin to running a space program with the legacy idea that our moon is made of green cheese.  This fact could be accepted by every single space expert but that wouldn’t make it more or less likely to be true. People might be tempted to continue the belief (like dinosaurs becoming crude oil) just because it’s easy.

This is a topic I wrote about in my book, Telomere Timebombs, likening it to assuming the tire pressure correlated with cylinders, brakes, gaskets, upolstery of your car- just because you are too lazy to take apart the car.

In this 2014 article by Dlouha et al, they compared the telomere lengths in various organs with the simultaneous measurement of the cadaveric white blood cells, soon after death from non-chronic conditions. A “p-value” is the probability that a non-random association exists, and the r (correlation coefficient) is the percent correlation between x and y axes.

So the perfect result would be a p-value of 0.00 and an r of 1.0.  An example of this might be the ability to predict weight in pounds from a known weight in kilograms.

The point of this post is that according to this 2014 study, there may be very poor correlation with most organs and LTL: 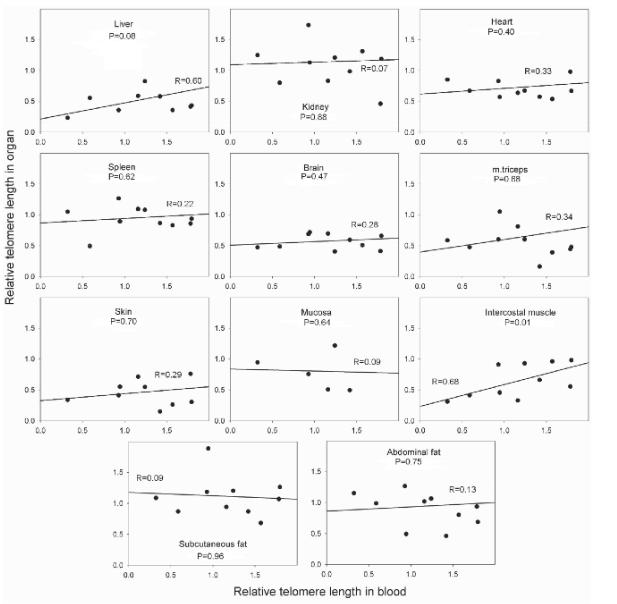 This is not even considering the fact that the quantitative PCR technique used in this study for measuring telomeres has many serious critics.

In the year 2014, the authors’ discussion section says it all about the lamentable history of telomere research to date:

“To our knowledge, this study is the first that
focused on the analysis of rTL [relative telomere length]
in a variety of human tissues.”

In other words, this was the first discussion of what kind of cheese the moon was made of that didn’t assume it was made of cheese.
Nevertheless, billions of dollars has been and will continue to be spent on studying LTL and various clinical conditions just because it seems too late to question what is already accepted as fact.