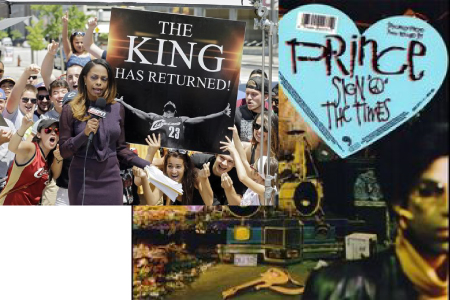 What are this month's top 10 signs of the apocalypse?
1 Responses
Reading Time: 2 minutes
The Second Coming is nigh?

Readers of my blog will know I sometimes comment on political matters because without a future, the idea of longevity becomes meaningless.

I have some bad news for those who are open to what’s happening. For the rest of you, just keep on believing whatever you want even though the worlds’ hand basket, which transported us to this hell, is now burning to ashes before our very eyes.

What are this month’s top 10 signs of the apocalypse?  Brought to you via and despite the filters of all media and information you receive…

10. BRICS nations establish a credit system to circumvent the Petrodollar

9. Stanford study places change of Democratic vote fraud not being in place at one in 77 billion calling for emergency assistance from the UN to monitor US elections.

7. US Supreme Court rules that evidence found in illegal searches without probable cause admissible in court nullifying the 4th Amendment.

6. Foxconn, Chinese maker if Apple iPhones, denies that replacing 60,000 low paid workers with robots will result in loss of jobs.

5. Russia tests anti-satellite missile prior to NATO wargames in Poland

4. US congressmen demand sweeping new gun legistation based on “no-fly” lists in wake of Orlando incident, establishing a conflict with the Second (right to bear arms) and the Fifth and Fifteenth Amendments (due process)

3. FDA approves stem cell therapy for brain dead people and CRISPR human gene editing trials (while it still remains illegal to receive your own stem cells for your own use.)

and the #1 sign of the apocalypse (for this week only) was a shared honor: 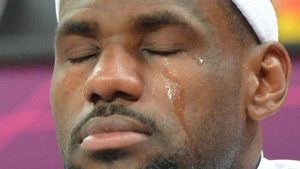 (tie) Lifelong haters of his weep tears of joy for LeBron James’ winning the NBA Championship despite coming across as the Kayne West of professional sports.

Turning and turning in the widening gyre
The falcon cannot hear the falconer;
Things fall apart; the centre cannot hold;
Mere anarchy is loosed upon the world,
The blood-dimmed tide is loosed, and everywhere
The ceremony of innocence is drowned.
The best lack all conviction, while the worst
Are full of passionate intensity.

And what rough beast, its hour come round at last,
Slouches towards Bethlehem to be born?

1 thought on “The Second Coming is nigh?”