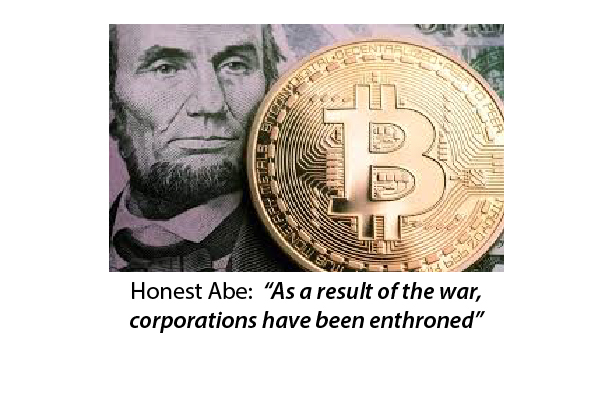 Today, 9/14/2017, let’s write about a convergence of synchronicities that occurred today around money and value.

1) Today is the 10-year anniversary of the run on the Northern Rock bank, which some consider to be the “canary in the coal mine” for the 2008 credit crisis. It eventually let to a nationalization of that British bank that left shareholders with no value. Coincidentally, my friend Alex Lightman, who is

starting a cryptocurrency venture, posted about 2) today being a day that people lined up to buy early serial number plastic 10 British pound notes (featuring Jane Austen). Finally, 3) my son opened a Snapple top and it read something about a penny being worth more than a penny. Let’s take a look at what the nature of money, credit, and value really mean, in reverse order.

MONEY- The penny is now the exception that proves the rule

In ancient times, gold and silver had value because of their inherent scarcity and universal ability to exchange. Governments then (and now) would often finance exploits such as war by debasing the currency or mixing it with less precious metals, which is why Roman coins of late antiquity were often debased. See the Archimedes principle and his “Eureka!” moment for a lesson on how to tell if a gold crown is really pure gold in density.

The notion of gold and silver of being truly valuable was once endorsed by the US Treasury which used to issue certificates that were backed by (redeemable for) actual physical silver and gold, albeit always at a fraction of their par value.  This practice ended in 1933 for gold and in 1964 for silver. In fact, it was illegal for US citizens to own gold from 1933-1964 and Nixon took us entirely off of a metals-backed dollar concept in 1971 when he abandoned the post-WWII Bretton Woods system. This international treaty of 1944 originally set up the IMF, World Bank, and the attempts to keep the US dollar the defacto reserve currency, ostensibly backed by gold. The reserve currencies of the world since have floated, creating imaginary and elastic fiscal policies and a general decline in credibility (credit comes from credere, to believe).

Conspiracy theorists like to link the death of Libyan leader Khadafi to plans to establish a gold-backed dinar. What is undeniable is that this year, perhaps considering impending currency destabilization from cryptocurrency, reserve banking insolvency, or some other financial sea change (such as a revaluation of US debt by the master of the deal, Mr. bankruptcy for profit himself), countries with long historical memories are feeling emboldened to challenge the defacto Petrodollar regime established by Kissenger and the power brokers of the Middle East. This year, China and Dubai have launched gold-backed ventures which existential challenge to the axis of the dollar that the world has turned on since 1946. The Chinese plan offers oil contracts backed by the Yuan but convertible to gold. The Dubai plan is a digital cryptocurrency redeemable for gold that somehow complies with Sharia laws. 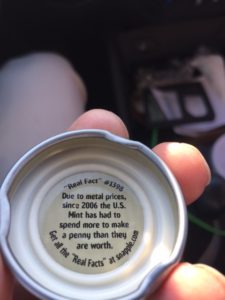 Interesting side note: the pre-1982 penny was 95% copper and is significantly worth more than one cent, although to melt them is a federal crime. Why have we seen traditional wealth classes such as gold and silver decoupled from the general economic mood? According to some conspiracy theorists, the markets for gold and silver have been actively manipulated to prevent wealth reallocation that might take place from rotation out of more stabilizing asset classes such as real estate, bonds, and stocks (and the dubious credit default swap markets underlying them that is valued at many times the sum of the world’s measurable value).

Comments about Bitcoin being a fraud made this week by JP Morgan’s chief, Jamie Dimon, triggered a sell-off in the cryptocurrencies. It is odd that his firm has tried to patent alternatives to Bitcoin, is a partner in the Ethereum collaboration, and had the largest fines in history for alleged fraud leading up to the 2008 financial collapse. Perhaps redemptions high net worth clients to play in the crypto markets were getting him uncomfortable but since the rule of “it takes one to know one” may be at play, perhaps he might be correct about crytpocurrencies being a “tulipmania” type craze that will end badly (especially if the government, which allows and taxes gains on cryptocurrency trading now, decides to crack down on this form of nascent value exchange).

Hyperinflation and loss of monetary stability are real existential threats to countries; just look at Zimbabwe or Venezuela. Fear of loss of control of money is very real. Also look into India’s surprise demonitization of the 500 and 1000 rupee notes carried out in a surprise announcement in 2016. They wanted to get a financial census of the economy and fight forgery and the bold and draconian move made it necessary for people to deposit (i.e. officially record) hoarded cash into banks in order to redeem its value. It was no Friday the 13th coup of the Knights Templar, but it was effective in collecting 99% of the old notes and capturing a snapshot of wealth in the nation.

I am shocked that the bankers that I interact with aren’t familiar with the term “bank run” or even know the rules about FDIC depositor insurance. A bank run is when too many depositors, like those who wanted their money back from George Bailey in It’s a Wonderful Life, ask for cash redemptions. All banking is fractional reserve in nature, meaning they only have a small fraction of real money to back the money they claim to have stored. Some is out in the form of working capital, such as loans, but the entire system is premised upon the idea that all depositors won’t simultaneously withdraw. Of course, this isn’t impossible or even unlikely in specific instances or in times of financial instability and is why bank runs are insured by the FDIC. In case you didn’t know, the insurance only covers one person at one bank and having multiple forms of ownership or distinct accounts will not protect you from the 250k absolute limit. If there is a massive move towards liquidity triggered by some financial crisis, then it would behoove you to have no more than 250k in each institution or you will legally and transparently expect a “haircut”.  If your bank is nationalized like Northern Rock, you will still get a check from 250k for the neo-dollars but anything above that, regardless of the fate of your bank, will constitute a fully legal bail-in for the institution at your expense.

Northern Rock shareholders have been asking for recompense for the government’s handling zeroing out of their shareholder equity but who knows if they have a case against the UK government?

If you don’t think the moral hazards of fractional reserve banking are real, listen to this Minister of the European Parliament eloquently explain it all to you:

Just 5 years ago, you could barely buy a pizza with 30 bitcoin but now, you can own an apartment in Dubai for that amount of tokens (worth about $133k at the time of that pricing).

To artists like Picasso, a few minutes of time and his art was exchanged for work around the house that would later be worth tens of millions of dollars; unfortunately, the man was accused of stealing the work as no one believed they were given as gifts or barter. Next time, get a gift receipt!

The notion that Native American’s sold Manhattan for beads and trinkets is insulting because they likely had no understanding of ownership of land. The persistence of the myth speaks to the moral capacity of those who tell it in jest.

In the simplest sense, all things are exchanged according to market forces, in accordance with their perceived value. Because people believe the United States and its financial system will persist, people will cherish dollars. But if goods and services can be exchanged with alternative tokens (such as frequent flier miles, gold coins, or digital currency), then this could lead to serious problems in the full faith and credit of our beloved token, which is not backed commodities, and represents a system which went over $20 Trillion in Debt for the first time just 7 days ago.

The problem with an international system of credit, whether it be SDRs by the IMF or the petrodollar regime enforced by US realpolitik is the same reason that Bretton Woods failed. In this game theory scenario, when currencies are allowed to “float” and elastic, they are easily manipulated and can be destabiliized. When currencies are state-controlled and do not trade on the open market (such as the Chinese Yuan) then economic leverage is created for competitive trading advantage and can be used to accrue dollars for purchasing of land, rights, and influence throughout the world.

Unfortunately for the US, a move towards commodity-backed currencies (even at much less than par value of their underlying commodities) might engender more faith in those alternative currencies. Wide acceptance of digital currencies by nation states would also be an existential threat to the status quo, as was being considered by Estonia and as is currently being launched by Barcelona using digital, locally-advantaged currency exchangeable on par with the Euro, would also be a threat.

Some say that the only true wealth is health but based on the poor performance of the US health care system in preventing illness and disease, I would say that we are overpaying and are quite the poorer for it.

People have a subconscious belief that it is the scarcity of life that gives it value. I disagree. The abundance of love, light and water don’t devalue them. And the infinite and elastic abundance of printing dollars should make them less valuable but the dollar still reigns supreme.

In the final analysis, what we value is not solely based upon what we can exchange them for in terms of goods and services. Value derives from credence; if we believe our lives have meaning and worth, then they do. The value of our days and years remaining should not be a function of their number but rather of the power of faith that we bestow upon their meaning. You may not be able to exchange your time for a Picasso, a bitcoin, or an apartment in Dubai yet, but you can use the moments to enjoy your life, serve others, and increase the value of the matrix of life in which we participate. Please don’t ever believe that your “net worth” can be meaningfully measured in dollars.

For a profound allegory of trading time for things in a slave-based economy, watch the movie In Time in which people have a physical clock on their arm that they must work to sustain. Work is exchanged for time and wages go down as rents go up in an attempt to control population:

Or just watch this Rick and Morty cartoon about it where they explain that each universe that the scientist creates is just a form of slave labor to run his engine. Very funny stuff and quite on point given the fact that free sustainable energy is just a stone’s throw away (as proven by this African company that created a kinetic light for use in homes without electricity.

1 thought on “Value derives from belief, not scarcity”