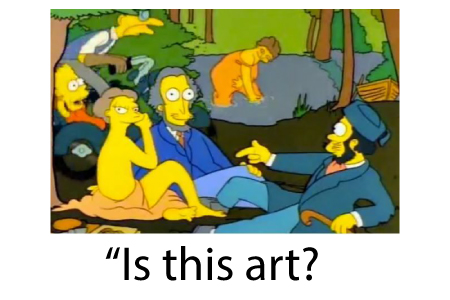 In the Picasso version, we have the closest to a pure expression sans our mundane subjectivity. There are shapes and colors but the ability to project morality and order upon it weakened. It is this final, morally and evolutionarily-bereft version that we find the greatest truth of aging.
No Responses
Reading Time: 2 minutes
What can a painting teach us about why we THINK we age? 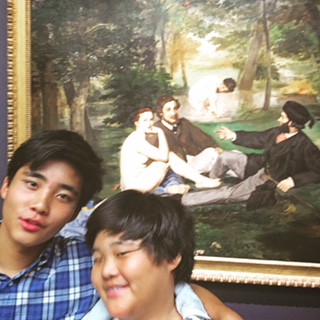 When Edouard Manet introduced his painting, “Luncheon on the Grass (dejeuner sur l’herbe)” it was rejected from the salon and the public considered it a scandal. Writer Emile Zola defended it saying:

“…they see in it only some people who are having a picnic, finishing bathing, and they believed that the artist had placed an obscene intent in the disposition of the subject, while the artist had simply sought to obtain vibrant oppositions and a straightforward audience.” – Emile Zola

Claude Monet did his own version with the same title that featured clothed figures: 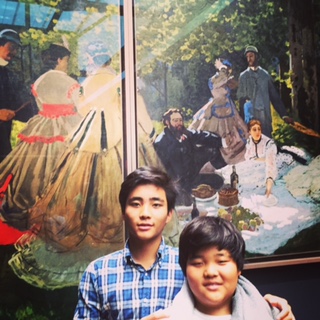 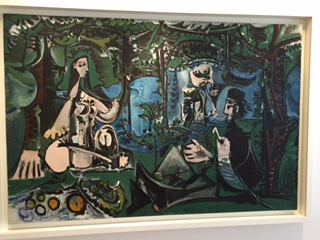 I think if we compare theories of aging to these versions of a scene, we perceive that art, like life, is merely a projection of ourselves. As Anais Nin said, “

In the Manet version, people saw a prostitute, or social classes.  In the field of aging, people who view things from a moral perspective feel that aging is god’s punishment for eating the fruit of the Tree of Knowledge or from being wicked before the Great Flood and resetting of antediluvian lifespans into the 900’s.

In the clothed Monet version, people saw order.  Just so, people propose that aging is a program that evolved from a need to fulfill some greater order.  I disagree with Aubrey De Grey on the matter but he is entitled to his opinion.  After 8 years of personally ingesting a telomerase activator, I believe the notion that telomere erosion is protection from cancer is not logical. No one can explain how primitive man, who never reached the age of cancer in the wild, would even have the emergence of cancer influence competitive reproductive advantage.

In the Picasso version, we have the closest to a pure expression sans our mundane subjectivity.  There are shapes and colors but the ability to project morality and order upon it weakened.  It is this final, morally and evolutionarily-bereft version that we find the greatest truth of aging.

I believe that aging did not evolve as some divine punishment nor as an evolutionary adaptation.  Unless you consider an ecological view by which a species vis a vis other species is in competition with respect to limited resources, the elimination of individuals by programmed obsolescence runs counter to the basic premise of survival of the fittest, or competitive reproductive advantage.