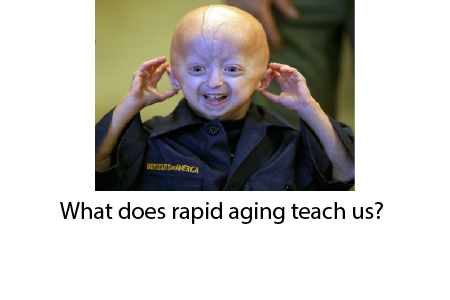 In my quest to blog daily, I will be presenting some old content. But as they say, if you haven’t seen it, it’s new to you.

This very first YouTube video that I made nearly eight years ago explains the types of premature aging. I think it holds up pretty well.

Unfortunately, language fails us when we discuss premature aging. We want it to be so simple but actually, it is a complex topic. But I stand by the basic premise of the video: that failure to faithfully replicate and preserve stem cell DNA appears to be the final common pathway to premature aging. As I mention in this blog, one of the best models for premature aging shows there is no “gene” for aging any more than there is a type of driving that causes cars to fail. Certainly the most informative natural models are the relative dysfunction of the telomerase system and also the laminin protein described in the video. So what do they share? Lack of efficient stem cell survival and replication.

Even the phrase, “premature aging”, implies that aging is a normal part of life. If you get a 50% telomerase gene dose as explained in yesterday’s blog, your “normal” aging will kill you as a teenager. If you get a 100% gene dose (two copies, you can live until 80. But if you get a greater than 100% gene dose, this woman believes that will make you live longer.

There is a lot of lip service around the catchphrases “the first baby to live 1,000 years has already been born” or if you can live another 15 years, you can live another 300″. These are “rah-rah” marketing slogans and aspiration mantras. But if the ability to master the three aspects of stem cell ecology advance, they might actually prove to be true. Those three aspects are represented by the trimurti of Hindu gods representing birth (Brahma), maintenance (Vishnu), and destruction (Siva). 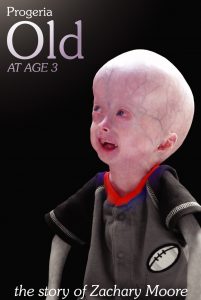 If you think that lifestyle (what you eat, do, and believe) is such a powerful determinant of aging, ask yourself what this three year old must have eaten, done, and believed to age so quickly and why wise and active vegetarians die. The answer is that DNA is being damaged.

That said, we can certainly help slow aging by doing things that support healing, balance, and health. To learn more, 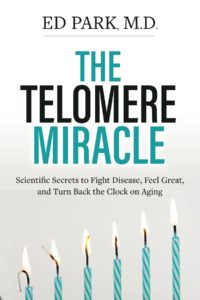 read my book, The Telomere Miracle: Scientific Secrets to Fight Disease, Feel Great, and Turn Back the Clock on Aging.

So the take home lesson from trying to understand and combat aging is that unless and until we get some bioengineering assistance with storage, replenishment, and replacement of damaged stem cells, we are only trimming the sails upstream of Niagra Falls.