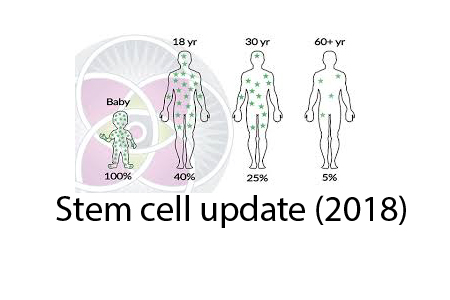 We have a long way to go before we can do more than identify and trust in the black box of stem cells
No Responses
Reading Time: 5 minutes
Where are we with stem cell therapies in 2018? 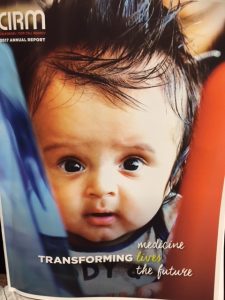 A few weeks back, I was able to attend the CIRM annual meeting at UCLA. In 2004 voters in California voted to issue bonds to fund $3B for establishing research centers and grants.

I was happy to be able to hear a scientist who was working on spinal injury and introduced him to my patient and friend, Porter, featured in this video podcast. Porter had just called me a few days ago indicating his desire to receive stem cell injections to help his injury and I needed to find out more.

The CIRM has no doubt advanced knowledge but I wish to offer a user-friendly explanation of stem cells and how they could be used.

First off, the initial attempts were hindered by ethical objections to using embryonic derived stem cells. As it turns out, those cells, along with cells from other species are not suitable for use because of immune rejection, or so-called graft versus host disease.

So where are we in terms of realizing the dream of stem cell therapies?

Firstly, there have been many interesting animal studies and clinical trials using a class of cells known as MSC or mesenchymal stem cells. It turns out that these multipotent cells exist in the bone marrow but also throughout the body in small vessels.

Think of MSC as able to differentiate into many, if not most cell types. They are recruited during times of inflammation to guide repair, like mini barefoot doctors. In some cases, they engraft and specialize to replace damaged stem cells. In some cases, they reduce the potential for cell immunity to overact and cause autoimmune problems. They represent only about  0.01% of the cells in bone marrow but they can be reliably expanded to tens of millions and still retain their stem capabilities.

The second type of stem cells that we need to master are blood producing HSC. Unfortunately, these very important and active cells cannot easily be found and don’t stay viable outside their home environment of the bone marrow. If we could find a way to find, grade, preserve, or create them from more abundant progentitor cells, then we could mitigate the effects of immune aging that is driving aging in general as I explained in this podcast.

At the present time, most “stem cell” therapy companies use adipocyte derived stem cells. These are more differentiated than MSC and unrelated to HSC. When you spend $9000 to get a liposuction, they are able to isolate millions of these stem cells and give them back to you in an IV transfusion the same day. The FDA considers this “minimally altered” and therefore it is allowed by such companies as this one.

The problem with adipocyte-derived stem cells is that they may have changes that make them less effective at engrafting than their ancestors, the MSC. Still, many anecdotally feel they are helpful. The expansion of the numbers of these cells, according to the FDA, constitutes more than “minimal alteration” and at the current time is prohibited although Texas is moving towards more lenient interpretation, perhaps partially owing to the fact that their former first lady is a principle in one of the stem cell treatment companies.

The nice thing about adipocyte or MSC stem cells is that they don’t create immune rejection because they are self-derived. Also, their benefits may have to do more with the exosomes they produce. Exosomes are little spherical “care packages” with chemical signals comprised mostly of signaling RNA and proteins that can “dock” with cells and modify their behavior. It is likely that the benefit of PRP (platelet rich plasma), Young blood transfusion, autologous stem cells, and parabiosis (experiments of sewing old to young organisms), show benefit because of these exosome packages.

So what are the future directions we should be taking? Right now, the biggest problem is that we really don’t understand cells. We don’t understand how they differentiate, dedifferentiate, decide to express or silence genes, and regulate their ecology. Like one queen bee per colony, we believe that cells decide who to make the queen, but we really don’t even know how the cells, like social insects, know how many queens are needed, where they are recruited from, and how they maintain their stemness.

But the second aspect of stemness, asymmetrical division, is a much more complex problem that we don’t understand. It is likely not just the easily measured methylation of DNA but may have to do with other epigenetic changes to the spooling proteins called histones, as well as other non-coding RNA’s and proteins.

The situation gets even more interesting when you consider that there is sexual dimorphism in non-sex chromosomes called imprinting. If you try to make a clone with two eggs or two sperm, you fail. The mating of a horse and a donkey varies according to parental sex; a male horse and a female ass make a hinny and a female horse and male ass make a donkey. They are different species because it turns out that there are silenced and expressed genes that differ in the male versus female of thespecies that are inheritable by imprinting of the genes based on sex alone. 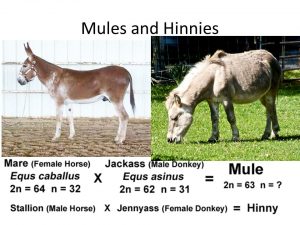 Given that we don’t know how to understand the epigenetic and have no tools to edit those changes, we have a long way to go before we can do more than identify and trust in the black box of stem cells. The best we can hope for is to crack some “cheat codes” like the Yamagata factors which induce pluripotency- but that is a dangerous game of sorcerer’s apprentice.

Our efforts should be placed in trying to

I am grateful to know the CEO of a stem cell company that was sanctioned in January by the FDA. The good news is that this opened up a channel for discourse that was being asked for by American Cryostem for years so we may see some progress for clients ahead of the standard academic/pharma pathways.

To understand my stem cell theory of aging, watch this brief video:

To understand epigenetics, watch this video: