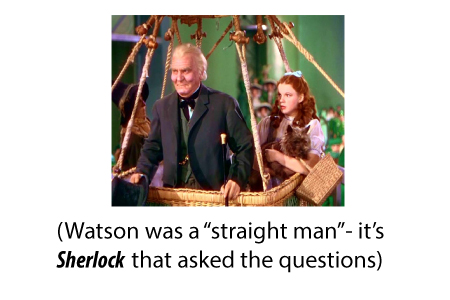 Today, it was announced that the MD Anderson Cancer Center decided it had wasted $62M on askng IBM's Watson computer to cure cancer. It is not surprising, really...a machine cannot ask questions yet, it can only answer them.
2 Responses
Reading Time: 4 minutes
Why AI and “respectable men” will never cure aging

Today, it was announced that the MD Anderson Cancer Center decided it had wasted $62M on askng IBM’s Watson computer to cure cancer.  It is not surprising, really…a machine cannot ask questions yet, it can only answer them. It is apt because in Conan Doyle’s stories, Sherlock was the one asking the questions- Dr. Watson was just responsible for giving the obvious and rhetorical reply that pushed Holmes further into an imaginative fugue state of intuiting the most illuminating questions… 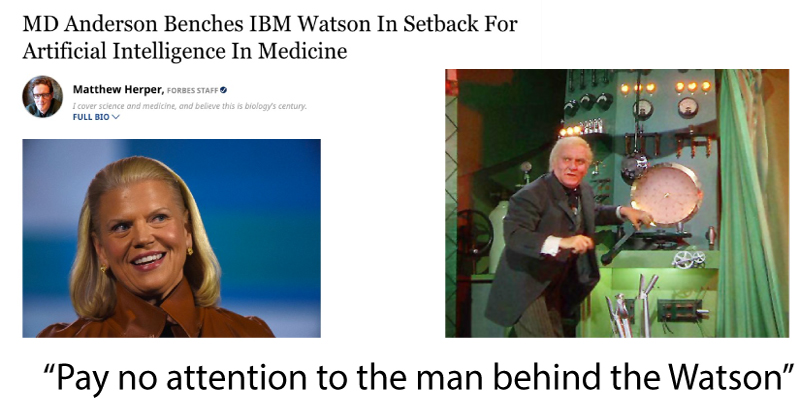 Machines make great Jeopardy! players and can beat GO masters- but those are games with structure, defined constants, and predictable outcomes.

To cure aging (and cancer which is just aging of stem cells), the machine can only work with what it is given- it is a player-piano, not a piano player.  If the programmer tells the machine that we know there is a single gene, a switch, or pathogen to cure cancer, it will try its best to look for it. By the same token, if the human tells the machine to determine what kind of cheese the moon is made of, you can predict the success it will have.

It is particularly ironic that the president of MD Anderson, Dr. Ron DePinho, was at the heart of a discovery showing that telomerase activation in a mouse model reversed aging. He didn’t expect those anti-aging results from their experiment and apparently he didn’t think that was worth pursuing because curing aging seems like something more worthy of a carnival side show than a respectable member of the National Academy of Science. So Dr. DePinho parlayed that discovery into a bigger and better job and decided to sign his institution up to partner with IBM’s Watson to cure cancer. All that came to halt today. 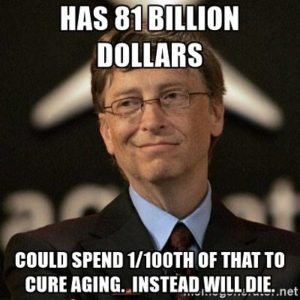 If we want to “get things done” with regard to aging, we need to actually agree that this is a worthwhile endeavor. At odds with this is the false notion that more people equals scarcity of resources. The “denominator-fixated” such as Bill Gates spend a more money on vaccination and talking about killer pandemics than envisioning a world without resource scarcity which is actually a technologically trivial task.

Returning to the GIGO (garbage in, garbage out) problem, we have to realize the limitation of any machine is the modeling with which it is presented. Instead of deductive machines, we need skeptical and Socratic machines; machines that act and sound like Peter Falk’s character, Lt. Columbo. 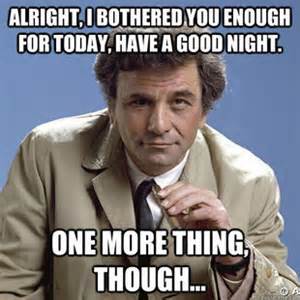 A person with sufficient acquired ignorance (or a “beginner mind”) can imagineer a solution to a problem from outside the box. Once a theory coalesces into a business plan, such as sirtuins, mitochondria dysfunction, oxidation, inflammation, aging genes, methylation, or evolution, we have already decided the moon is cheesy…

A wise man, or some would say, “a wise guy” would ask “why?” or “how do we know?” so much so that he would get kicked right off the dais at The Royal Institution. 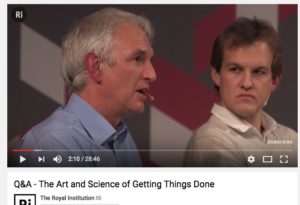 I think it is worth you time to listen to the this talk on how to “get things done” filmed at The Royal Institution. The speakers are business minded science types who might consider a $62 million null result from Watson a win for “getting things done”. The panelists say we need people who can cooperate and lead. But an audience member hears this whispers of the ghosts of wiser men and at 4:20 asks why the Newtons and DaVincis were philosophers, alchemists, and mystics…To them the goal wasn’t a profitable “exit” or tenure; their goals were to create new ways of thinking by being disagreeable men. Science is led by the Salieris of the world. The Mozarts are, by definition, madmen because they never stop straining to hear a tune that has yet to be expressed.

If I were to tell you that aging and disease could be largely mitigated by storage, diagnosis, reprogramming, and replenishment of bone marrow mesenchymal stem cells, you would doubt me because I am like a cur barking at the heals of the great and powerful wizards of Oz and AI.

The problem with asking question is that it seems contrarian, absurd, and there is literally no limit to how many things you can question. The key comes with using human logic and intuition to efficiently parse out the theories.

I submit this explanation for the people reading this 200 years from now (since all the proponents of 2017’s aging theories have died because they just wanted to make a buck and seem respectable). The  reason you now can live hundreds of years is because somewhere along the way, people decided to have the courage to ask the simple questions:

The Wizard of Oz was not a bad man (nor a particularly bright one). He did not want for money or respectability. He was just a barker from Kansas who thought that the point of Oz was to keep everyone in awe and to put on a good show.