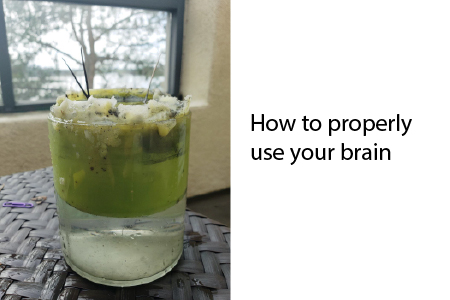 In the case of aging, I believe a problem emerges from human ego and pet theories that are pushed to the exclusion of other complimentary parts of a multifactorial model
No Responses
Reading Time: 4 minutes
Aging is a candle in the wind (and sun and rain) 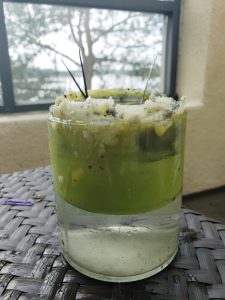 Please take a moment to ponder this image from my patio. It shows a candle with water in the bottom and pine needles sticking out the top of the wax. How did this come to be?

How can we solve such an apparent mystery? Maybe just by using common sense and reason- two things that artificial intelligence and experts with an agenda are sorely lacking but traits that you and Einstein have in abundance 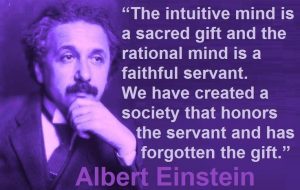 When we think about aging and disease, we often limit ourselves to explanations based on our pet theories. Explanations, in general fall into three different categories, rising in complexity: teleological, single factor, and multifactorial. Only by using intuition over a sourcing heuristic, can we unveil the truth.

This is the default lazy position of most theories of anything. The “just so” stories range from religious or scientific cosmology, confirmation bias in all the “isms” like racism, sexism, and ageism, and how we unconsciously explain everything with the aid of delusions and bias.

In the case of the candle, it might go like this: “The candle was engineered to be this way by its creator”. The analogy is the evolutionary theistic explanation of aging: “aging evolved as some sort of adaptation”. Bullocks! …and ultimately not testable or subject to challenge to say nothing of its lack of mechanistic explanatory power.

Single factor – If all you have is a hammer, then everything looks like a nail

This single factor explanation is the stuff that careers, including my own, are build upon. It is not that they are wrong usually, it’s just that they don’t provide a workable integrated understanding of how a system works.

In the case of our mysterious candle, simple theories might be broken down into three camps:

Randomness explanation – a wind blew pine needles into the candle. The scene appears to be outdoors and there is a pine tree in the background. Case closed.

As an explanation of aging, this might be like saying that stem cells like those that comprise the mesenchymal stem cells and blood producing stem cells that allow for our adaptive immune system deplete in numbers over time from mutation. The wind might be symbolize random change which allows for mutation of genes and accumulation of epigenetic gene silencing over time.

Density explanation – rain fell on the candle and since water is less dense than wax, the water sank to the bottom. Science-based and non-falsifiable, right? But it doesn’t necessarily take into account how the pine needles were introduced or how the separation was triggered.

As an explanation of aging, a telomere theory is analogous. All categories of disease and dysfunction are correlated with telomere shortening, which is a natural part of aging. But the existence of the physical laws of density doesn’t account for randomness and the intermittent melting caused by the sun.

Melting explanation – the sun was so hot day that is caused the candle to liquefy. This theory doesn’t negate the possibility of wind and rain but in isolation, it fails account for them.

As an explanation of aging, the people who claim that inflammation and cell suicide are to blame for aging simply because they are seen in old cells and people uncovers the logical flaws in this theory. Cell aging and suicide don’t occur in a vacuum and looking simply at mitochondrial dysfunction or high levels of oxidation in actively suicidal cells ignores the rain of telomere erosion and the winds of genetic and epigenetic changes that lead to the destruction.

Multifactorial – all theories are correct and working together.

Only the most objective minds can hold all three theories at once and resist fighting over their dogmatic myopia.

I could be wrong, but what if we discount the inane teleological theory first?  G-o-d or evolution didn’t create this bizarre candle; I bought it, left it out, and it just became this object lesson of the blog.

Now let us believe all three things to be true as I can attest to the fact that the candle was left out in the wind, rain, and sun…

Wind blew pine needles onto the candle. Rain filled the half depleted candle cylinder. Sun melted the candle. Different densities caused separation and the embedded needles. This is the best available explanation that I have based on observation and science. You might not think this is a monumental act of reason but if I were a single theory guy, I could never reach this understanding.

In the case of aging, I believe a problem emerges from human ego and pet theories that are pushed to the exclusion of other complimentary parts of a multi-factorial model. If we want to prevent the candle from becoming like this, we can keep the candle indoors and outside the wind, rain, and sun.

In the case of aging, we cannot just shelve ourselves. We are actively being used, actively mutating, actively shortening telomeres, and actively destroying old cells. What if we wanted to have a candle last forever and be pure? Well, we would simply work with the laws of physics and keep debris out (limit mutations), keep water out (maintain telomeres), and add back wax (replace the destruction of cells).

Most of all, just because some expert claims something and a fan reposts it on social media, this “truth” is only click bait and don’t believe that someone “from Harvard” saying something carries more gravitas (or veritas) than science, common sense, and intuition working in a multi-factorial frame.

To understand more about my 5D model of aging which, although it turns on telomeres, also now includes creation, destruction, time and entropy, listen to this lecture that I gave in August of 2018:

This version has better video:

This version has better audio: