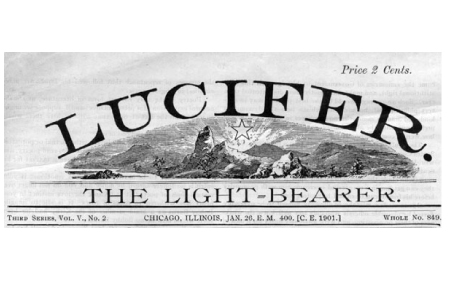 It was said that the Count of Saint Germain used to lock himself up for periods of time, decocting plants into powders. Perhaps he was a time traveler from now that needed to extract his own adaptogens from Astragalus. :-)
No Responses
Reading Time: 3 minutes
Alchemy and some sympathy for the Ascended Masters among us

We attended a soccer match of the Paris St. Germain club, which was named presumably after the patron Saint of Paris, Germain, who lived in the 6th century in Paris. But there is another quite famous alchemist known as the Comte of Saint Germain, who was said to be a courtier who never aged and was obliged to make excuses for this to successive generations as with the recent movie heroine Adeline, in the film The Age of Adeline.

It would seem that those that profess esoteric, Hermetically-sealed knowledge like to fashion themselves in a long tradition dating back to Egyptian and Babylonian Majick.  For those interested, the works of Manly P. Hall are the most comprehensive from an emic perspective and the works of the Swiss mystic and psychologist, CG. Jung, take a slightly more etic view.

The quest for immortality was once considered the ultimate in anti-Christian pursuits because immortality was the trade of St. Peter and his church. It was referred to as Alchemy and was represented by the literal and symbolic exploration of changing the nature of the base metals such as lead to the eternal unrusting gold.

The Alchemist learned principles of manipulating actual chemical compounds but there was a deeper symbolic meaning to these reactions that is not easily understood by modern people who may have a clearer separation between the material world and externalized spiritual dogma they embrace.

The quintessential alchemist (quintessence itself being an alchemical term meaning the fifth etheric element after earth, air ,fire, water) was Dr. Faustus, who pursued immortality at the cost of his eternal soul by making a deal with Mephistopheles. It was said that the Count of Saint Germain used to lock himself up for periods of time, decocting plants into powders. Perhaps he was a time traveler from now that needed to extract his own adaptogens from Astragalus.  🙂 Perhaps St. Germain, one of the so-called Ascended Masters of some order, was really around guiding history as the Lucifer character mentioned in the Rolling Stones’ song, “Sympathy for the Devil“

Perhaps he made sure “the Pilate (Pontius) washed his hands and sealed his (Jesus’) fate?”
Did the same man “lay tracks for troubadours” so they could be killed before reconnect with the Hindu traditions of esotericism in Bombay?

Perhaps he found his end as Rasputin in Saint Petersburg prior to fomenting of that Revolution? These days, men of means no longer conceal their aspirations of immortality?  When Silicon Valley execs proclaim their next frontier that of immortality, they are not called Dr. Faustus or Lucifer or profess alchemical ambitions. Times change and the quest for eternal life is no longer a church-held monopoly or an allegorical hobby; it is a playground for the rich.

If you are interested in shortcuts the the Philosopher’s Stone and immortality, perhaps an investigation into the benefits of telomerase activators at my site, RECHARGEBIOMEDICAL.COM would be what the ascended master ordered.  For those with a smaller budget for immortailty, check out Lokahi.guru, where I offer my adaptogenic product, RECHARGE.