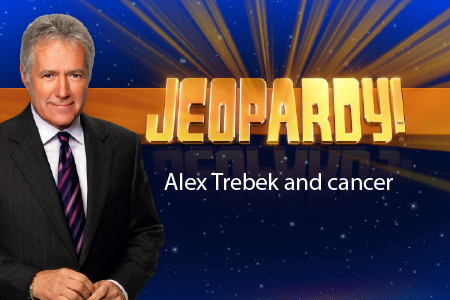 Of all the fears that we have, cancer is one of the greatest and amongst types of cancer, the prognosis for the pancreatic variety is especially poor. Even though standard treatment has very low cure rates and high morbidity, people still usually go the medical and not the naturopathic route.

Recently, I received correspondence from a friend, Bob, who was even an earlier user of TA-65 than I, back in 2007. In 2016, when he was around 75 years old, he was diagnosed with metastatic colon cancer to the liver. Because of his age, he was not considered a candidate for surgery or chemotherapy and they left him alone.

This reminds me of quote from my friend’s movie, Beyond Food, where one of the alternative health advocates called advanced cancer “the good kind” because physicians don’t attempt the heroic measures and they can resort to natural remedies.

I was futher reminded of the natural ability of the body to heal cancer last year when I saw my friend, Ed Griffin, who clearly had a skin cancer on his cheek the size of a nickle when I ran into him. Having literally written a book on the subject of healing cancer, he told me he wasn’t worried. Sure enough, after taking his Vitamin B17 and some PQQ, the thing went away. I was impressed at how nonchalant he was but at age 85, the man “walks it like he talks it” without question.

Returning to Bob’s advanced colon cancer, he recently wrote to me that his CEA, which is a blood tumor marker for colon cancer, remains low three years after his diagnosis and no treatment. The only reason doctors didn’t treat him was that they didn’t think his prognosis and life expectancy warranted the morbidity and increased mortality. Now, three years later, he remains asymptotic with undetectable tumor levels by CEA despite never being treated.

It would be unethical for me to recommend avoiding standard therapy to anyone but there is something to be learned from these cases. The known problem with chemotherapy is that it savages the healthy and rapidly dividing stem cells, of which the immune system is an important collateral target. Chemotherapy also often increases the chances of other cancers by purposefully causing DNA mutations.

Now that we have immune therapy like Keytruda and hopefully senolytics will become available, we can use less of these globally destructive regimens.

I am reminded of my very first podcast, featuring two patients who ended up in prolonged remission, against the odds, while taking TA-65.

To my way of thinking, there are better ways to prevent and treat cancer and they lie beneath the surface of the pyramid that I imagined in this diagram from my first book, Telomere Timebombs, Merck and their drug, Keytruda, found a way after I published this, to address the top of the underground pyramid, which represents the natural cytotoxic killer T cells. In the future, perhaps senolytics like the Foxo-4DRI will be tested to activate the part of the pyramid below it, the p53 enzyme which is being inhibited from causing cells to kill themselves. Finally, contrary to what many people fear, telomere protection may be the most important aspect of cancer prevention if you follow my way of thinking. It is likely that telomere erosion in stem cells is the inciting event that causes mutations. Perhaps one day, we will all be taking telomerase activators to decrease incidence and severity of cancer. As this landmark paper in 2010 showed, shorter telomeres are associated with higher rates of cancer and increased severity.

This year, I will be giving a talk at a cancer symposium about why cancer is none of the things we think it is: rare, incurable, and hereditary. In fact, as the commercial failure of the Oncoblot early and sensitive detection cancer test showed, the ability to find small cancers may just result in unnecessary surgery as these little problems would have been cured naturally. As any pathologist will tell you, it is very difficult to say how virulent a cancer will be based on appearance without clinical history (i.e. confirmation bias). Furthermore, whether or not a cancer becomes lethal may actually be exacerbated by certain treatments that depress the immune system to say nothing of the terror that it invokes in the patient.

Although using surgery, limited radiation, and some instances of chemo remain standard therapy, I hope someday we will have treatments that work in cooperation with our healthy systems like Keytruda and Foxo4-DRI as well as lower incidence via prevention of telomere erosion.