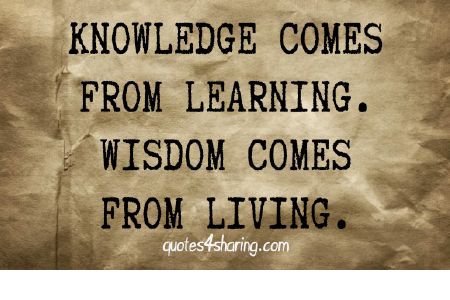 There is no need to abandon optimism, science, and purpose. We just need to focus on what works.
No Responses
Reading Time: 3 minutes
With age comes wisdom – and old cells

Four years ago, I had the pleasure of meeting the CEO of InSilico Medicine and interview him:

Tonght, I read an article based on an interview of him for Futurism magazine and I have to say that this still young and idealistic man has gained some wisdom that he shares with us in this brief article that is well worth the read.

In it, he states the obvious truth that the oldest living woman was a smoker . Aside from the possibility that hypoxia from carbon monoxide may be a telomerase activator, his comments point to the truth that I see whenever I assess my fellow anti-aging gurus: they are getting older.

Even my book, The Telomere Miracle: Scientific secrets to fight disease, feel great, and turn back the clock on aging can truthfully be seen as a way to understand the six cylinders of our physiology and optimize them. In the best possible scenario we are going from repair in the high nineties to approaching 100% but as Alex points out, there are very few supercentenarians who are athletes, vegetarians, and yoginis (although they may be happier folks).

I wholehearted agree with his assessment that spending money on perpetual war is irrational. That business model is obsolete. We need to devote more energy into curing aging with understanding telomeres as he states, but also stem cell behavior.

Where I differ is the mildly despondent tone of the writer. There is no need to abandon optimism, science, and purpose. We just need to focus on what works.

To that end, I encourage people to learn about senolytics. The landmark paper of 2017 in the journal, Cell, was an elegant study showing that mice can be rejuvenated using a simple and clever technique that fits perfectly with my 5D model of aging that I will be discussing at the 5D festival next month. Telomerase activation helps maintain, but it rarely aids in destruction, although that can occur as in the case with my reversal of obesity.

In my first non-fiction book, Telomere Timebombs, I wrote about the critical role of p53 in maintaining and killing damaged cells. These scientists found that a protein known as FOXO4 was binding the p53 in the nucleus, preventing the orchestration of cell suicide by p53.

This illustration is from the Baar et al article in Cell: By creating an identical looking protein (or key) with slightly altered, dextro or right handed amino acids, the key competes with the existing FOXO4 and but not enough to keep the p53 locked in the nucleus. The result is that the p53 exits and orchestrates cell suicide using the mitochondria as internal grenades.

So even the founder of a company based on data mining now concedes that his optimism in a single molecule to reverse aging may be have been overly optimistic. But that is not to say we should abandon his and other approaches. What we should do is maintain an open mind and focus on understanding the pathways regulating cells and working on all fronts with the unbridled optimism that once led this once younger man to say we would live to 150 and to bet his friend a million dollars to see who would outlive the other.

With the right priorities, it will be more than 100 years before anyone collects on their bet and by then, a million dollars won’t mean anything to readers of this blog.