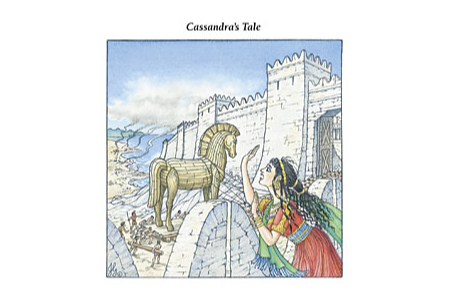 I saw people who once struck me as very young-looking now look old and tired. Most of them do know what I do as it is a very small club and people love to gossip and even mock the idea of getting younger. I was left with a strong feeling of Cassandra Syndrome. She was the daughter of King Priam of Troy who was given the gift of prophecy by Apollo but since she refused his advances, the catch was that no one would believe her.
1 Responses
Reading Time: 3 minutes
Cassandra Syndrome – welcome to my world

Just a brief observation that despite trying to spread the word, my prophecies about the one cause of aging and how to address it appear to largely fall on deaf ears.

When I went to the family picnic at the beginning of school last week, I saw horrible changes in the people whom I have known for 8-12 years who once seemed so young. Loss of hair, wrinkles, bulging stomachs.  I have spoken to some about anti-aging but most don’t take it seriously despite wondering why I continue to look younger.

This weekend, I went to the annual camp out at the golf club where we have been members since 2007. There, I saw people who once struck me as very young-looking now look old and tired.  Most of them do know what I do as it is a very small club and people love to gossip and even mock the idea of getting younger.

I was left with a strong feeling of Cassandra Syndrome. She was the daughter of King Priam of Troy who was given the gift of prophecy by Apollo but since she refused his advances, the catch was that no one would believe her. Her is an excerpt from Wikipedia:

Cassandra foresaw the destruction of Troy. She warned the Trojans about the Greeks hiding inside the Trojan Horse, Agamemnon’s death and her own demise at the hands of Aegisthus and Clytemnestra, her mother Hecuba’s fate, Odysseus’s ten year wanderings before returning to his home, and the murder of Aegisthus and Clytemnestra by her children Electra and Orestes. Cassandra predicted that her cousin Aeneas would escape during the fall of Troy and found a new nation in Rome. However, she was unable to do anything to forestall these tragedies since no one believed her 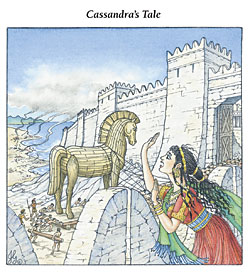 Cassandra had attempted to warn the Trojan people that she had foreseen the Greek warriors hiding in the Trojan Horse while they were celebrating their victory over the Greeks with feasting. They disbelieved her, calling her names and degrading her with insults. She grabbed an axe in one hand and a burning torch in her other, and ran towards the Trojan Horse, intent on destroying it herself to stop the Greeks from destroying Troy. The Trojan people stopped her before she could do so.

I would say that the closer your relationship to a person, the less credibility that person seems to have.  It is sad that my own brother and sister will be the very last two people on the earth to try adaptogens or telomerase activators precisely because they know me.

One friend at the golf club only took an interest after his own wife, who had independently found TA-65 and read my book, Telomere Timebombs, expressed incredulity that her husband actually knew me – the famous author and prophet…

I get a kick out of people who sometimes sound ‘star stuck’ when I pick up our office phone. I suppose they imagine the life of a prophet is busy but in reality, my life is pretty slow-paced with plenty of time to chat about what I do with anyone who will listen. Most people just don’t have the ears to consider.

Because of the nature of the FDA drug approval process, intellectual property, and institutional review board process to get studies approved, the area of adaptogenic medicine and telomerase activation will likely remain quiet for some time.  Perhaps that is just how it was meant to be.  If there were a faster proliferation, perhaps there would be greater blow back and efforts to shut it down.

For now, we will have to be happy with those who have ears to hear and the independence to consider to enjoy the benefits of staying young while the others, even those close to me, age and continue to wonder how to stop it.

I would say there are a lot of people who after learning about my calling have a negative impression of me. I understand and accept this because the notion of selling snake oil is repugnant to me as well.  But I really can’t stop what I’m doing because I  believe I am serving others with the message; so I will have to continue on being degraded, insulted, and called names by those for whom the idea of growing younger represents crazed rantings rather than a possibility of hope.

1 thought on “Cassandra Syndrome – welcome to my world”