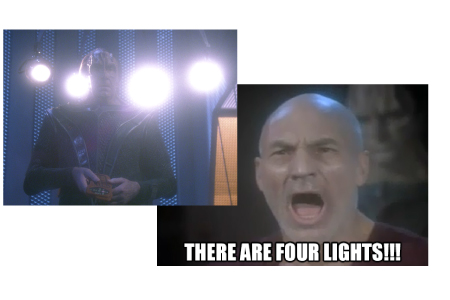 Who gets to decide what is reliable science if I agree to this gag order? Their paid experts. It is a bit like a self-criticism exercise by a Stalinist dictatorship.
1 Responses
Reading Time: 4 minutes
How the FTC hopes to expunge my work

[vc_row][vc_column][vc_column_text]Some people really like my work and have seen nearly all my videos. Some people are curious about my work and have clicked on a few videos and perhaps read a few blogs.  Most people have some vague notion that I talk about anti-aging and telomeres and figure there will be time enough to learn about it if it turns out to be real.  I have bad news for that last group; my videos and writings may soon be banned and you aren’t getting any younger or closer to understanding what really causes aging and disease.

I believe that I have a calling to spread this message and that without my works, the world will be a poorer place.  Many people have been helped by my work.  Unfortunately, the Federal Trade Commission has decided to try to stop me from discussing telomerase activation from herbally-extracted substances and wishes me to agree to gag myself and deny the 2009 Nobel Prize, US Patent covering this discovery, the peer-reviewed research, and my years of clinical experience.  These are their requirements:

“[Dr. Park shall agree to be] permanently restrained and enjoined from making anvity representation…that any Covered Product:

A. Increases longevity in users by activating telomerase;

B. Reverses the effects of aging in users by activating telomerase;

The problem is that in my blogs, videos and lectures, I do cite reliable scientific evidence and I do believe my representations to be true.  So I have to deny what I know in order to stay out of a protracted legal trouble.  Who gets to decide what is reliable science if I agree to this gag order? Their paid experts.  It is a bit like a self-criticism exercise by a Stalinist dictatorship.

On point B (REVERSING AGING), all my video podcasts have FDA disclaimers proclaiming the anecdotal nature of the evidence but you can see from my YouTube channel at “drpark65” that many patients have had measurable and objective changes in skin, hair, blood pressure, and performance while taking telomerase activators. The paid experts of the FTC have already ruled that these scientific papers are not worthy of consideration:

On point C (LENGTHENING SHORT TELOMERES), there have been two studies looking at lengthening of short telomeres related to TA-65 which the FTC has denied are acceptable publications:

On point D (HEALS CELLS)- we have no conflict as I believe telomerase activation preserves and helps provoke apoptosis of stem cells but I don’t believe it “heals cells” per se but rather causes existing stem cells to reproduce more efficiently, resulting in better organ repair. But that is still conjecture and stated as such in my work.

The heart of my work, unpaid clinical case reports from my actual patients, is far from advertising for TA-65.  In those videos that will be lost to public viewing if the FTC action is allowed, are sources of knowledge about basic physiology.  I am proud to have treated each of the nearly 50 video podcasts with a ‘beginner’s mind’ and in doing so, I was able to discover truths that are constantly being validated.

For instance, in my cholesterol podcast, I came to realize that high cholesterol is a secondary sign of inefficient cellular consumption.  Now, scientists are reevaluating the wisdom of anti-cholesterol drugs. In that same video, I questioned the food pyramid and months later the USDA changed its carb-based food pyramid.

In my hypertension podcast, I came to an epiphany that medical researchers still don’t accept: that hypertension is an adaptation to a need to perfuse given loss of arterial elasticity and contractility.

In one of the classic Star Trek: The Next Generation episodes, Captain Picard is kidnapped by the Cardassians (no not Bruce Jenner’s adopted daughters) and coerced into seeing three lights when there really were four.  I can relate. Apparently 8 years of medical and public health training at Columbia and Harvard Universities and 23 years as a licensed medical doctor make my observations subject to to the anonymous and self-serving decrees of paid experts in search of a steady source of taxpayer largesse.

So I am faced with a moral dilemma.  To agree to be silenced and deny what I believe to be true or to face financial hardship and legal problems.  I don’t know if a commissioner, panel, and a court would rule in my favor but I do know that the loss of my work to the public is not something I take lightly.  I hope you will also take my free speech seriously and I can count on your support in the form of a letter or email to the FTC or a donation to my legal defense fund (click here to help with either)

If you have read my blogs and been educated, inspired, or amused, I would humbly ask you to give any amount for my thousands of hours of time spent trying to understand and explain truths that no one else is even attempting to make sense of.

Thank you very much.

Please consider writing a brief letter of support defending my right to free speech to Jessica Rich, FTC Director of the Bureau of Consumer Protection, 600 Pennsylvania Ave, NW, Washington DC 20580. You can also email her at jrich@ftc.gov. Please send me a copy of your letter or email to “drpark@rechargebiomedical.com“

1 thought on “How the FTC hopes to expunge my work”