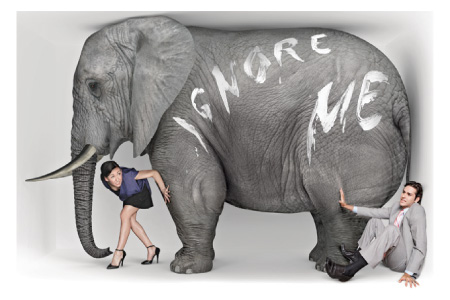 What if the stem cells, on a much slower level, are also undergoing gradual genetic mutations? That is the invisible elephant in the room.
4 Responses
Reading Time: 5 minutes
How to engineer immortality – the short course

I have found that in giving people telomerase activators, they don’t phenotypically get dramatically younger although in terms of telomere length, they usually do.  This begs the question, why not?

Much of this may have to do with epigenetics, but we will ignore that part for now.

I believe that the main problem could be that your DNA integrity degrades over time.  When a stem cell dies when you’re 52-years-old, it is replaced by a used and possibly damaged stem cells with imperfect DNA.  Presumably, a defunct stem cell gets replaced “52yo stem cell” but if you’re lucky, as did “Satoshi” after his damaged blood producing stem cells were cleared, you might get a genotypically and therefore phenotypically younger stem cell to repopulate.

Think of it as planting seeds after a forest fire.  It matters a lot how good the seeds you plant are! When a 15-yo gets needs to replace stem cells, he gets the benefit of replacing with young stem cells possessing pretty good copies of original DNA. The problem when you replace with older stem cells is that they may not be as good because they too have many extra years of accumulated errors.

Scientists have long assumed that our cells all have the same DNA. This is a very important assumption that could be totally false in the context of human aging and acquired stem cell mutations. We already know that non-stem, non-telomerase stem cells mutate and die off and that is just fine. It is part of the system: This dogma of one human, one version of DNA has only recently been indirectly challenged by a study from Yale in 2012 showing that DNA is not he same in your body.

If you think about it, that makes sense because ever since your one cell became two, there is always the chance of introducing typographical errors in the process of DNA copying, to say nothing of the mutations from transpositions, crossovers, direct damage, non-dysjunction and more…

But what if the stem cells, on a much slower level, are also undergoing gradual genetic mutations?  That is the invisible elephant in the room.

This elephant presents a big problem when it comes to the false hopes placed in two new and sexy technologies of total genome sequencing such as the Ilumina personal genomic revolution and the Crispr/Cas9 gene editing platform. True, they are poised to make a lot of money but I truly believe that they cannot help the cause of fighting aging and disease because of these reasons:

First, personalized total DNA sequencing ignores that the output sequence is just an aggregate statistical guess at the perfect sequence (because the cells may have different accumulated mutations).  Scientists assume that the genomic ‘best guess’ matches the original conception date purity, which is most certainly does not.

Secondly, if you could edit the DNA in certain cells with Crispr/Cas9, there is currently no way to find, eliminate, and replace dysfunctional stem cells with the organ-appropriate stem cells after gene editing back to your desired norm.

You can’t just edit regular cells because there are trillions of them and most of them are inconsequential, mortal, non-stem cells which are destined to die out within months of copying by telomere shortening in the absence of telomerase activity that only stem cells produce.

So what is the best way to stay young forever?  Without question, we are waiting upon the technology to find and assassinate existing stem cells which are dysfunctional.

Once that part of the equation is in place, using a genetic “tricorder” will find niches of cells that have abnormal genetic profiles, then be able to assassinate the queen bee stem cell which is producing those defective copies with “farm fresh” versions of that stem cell possessed of aboriginal genomes.

It wouldn’t matter if you were 268-years-old because the replacement stem cell would be from your 25-yo self.

For those of you who are too old to be young again, worry not.  A very finest DNA source code, if you will, derived from your pericyte mesenchymal stem cells or your gamete-producing stem cells (spermatogonia or oogonia), will be established and used for the rest of your long life, like a master yeast from sourdough that is 150 years young.

Even if you are 82-yrs-old now, scientists will make a pretty decent copy of your original conception DNA within two or three decades and then you can live hundreds of years with replacement copies that are as fresh as a teenager’s.

So what is the plan to live another 20-30 years with the best copy of DNA possible?  I would recommend telomerase activators as a temporizing measure.

If you are live in 30 years, you may be alive in a thousand.  (I truly believe that, btw)

Sadly, because people aren’t generally as simple-minded as I have learned to be, they generally don’t entertain stupid questions.  That is why you may have to wait up to 50 years to live to a thousand because it looks like everyone has fallen in love with total genome sequencing and gene editing without asking the question “is this the most logical way to do this?”

If you had to design a perfect mass transit, personalized system, you might come up with what my visionary genius friend, Doug Malewicki, came up with, the SkyTran system. If you trust greedy corporations or charismatic leaders, you might have every person drive a fossil fuel vehicle on crowded highways and then shoot them like bullets through low pressure tubes like the hyperloop.

What is the meta lesson?  Engineers should ask their stupid questions early, before they get too invested to remember what the original problem was.  Our goal should be to get something done, like cure aging.  Our goal shouldn’t be to prove existing dogma and just make a ton of money.  That presumes a cynicism about our own mortality and ability to help mankind: that we would rather be dead and rich than wrong and alive.

And don’t even get me started on the subject of data mining for single nucleotide polymorphisms or allele variants (different genes) associated with aging.  That is also silly when you consider there has never been any old person that wasn’t a perfectly functioning young person with their current DNA unless they had one of the mutations known as the progerias, which I explain in this video.

In all fairness, I do not know how different the genomes throughout your body could should because I don’t know how many potential replenishing stem cells there are and how similar, cross-populating, or genetically-pristine they remain (like if your stem cells were frozen on a trip to Alpha Centauri, they would have a lot more aboriginal value to your “older” and genetically mosaicized self than if they were only frozen on a trip to Neptune.)

4 thoughts on “How to engineer immortality – the short course”