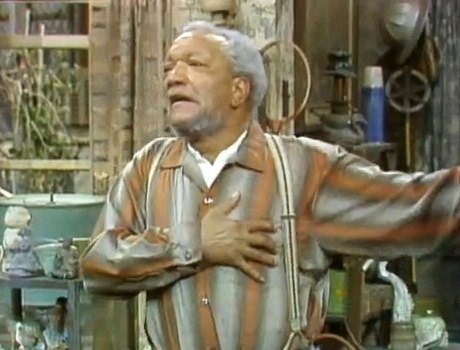 I truly believe that if not for the objectively-measured changes that occurred since taking TA-65, he might not have survived (although I am not stating they were the direct result).
No Responses
Reading Time: 2 minutes
Life happens – Part 1: “Serious as a heart attack”?

A 73 year old man walks into a doctors office.

The doctors asks: “How have you been?

The patient responds: “Great. Although I did just have a heart attack.”

This is not a set up for a joke and there is no punchline. This literally happened in my office last week. I bring it up because I truly believe that if not for the objectively-measured changes that occurred since taking TA-65, he might not have survived (although I am not stating they were the direct result).

Prior to starting TA-65 two years earlier, his cardiac circulation, as measured by the Subendocardial Viability Ratio (SEVR) was poor at 110 (normal is 129-180).

It briefly got worse (a common result of apoptosis explained in my book, “Telomere Timebombs”)  but steadily improved as measured every sixth months. At 1 yr, 5 months, it was 158.

———– The dog that never barked

He was unaware of his own coronary artery disease until a hike 3 wks prior when he experienced nausea and loss of balance.  He treated it with his wife’s asthma inhaler but the symptoms persisted.

At his wife’s behest, he went for evaluation where they found an elevated Troponin blood levels consistent with recent or ongoing cardiac muscle death (i.e. a heart attack).  They admitted him and did an emergency stent (a cylindrical reinforcing prosthesis of the inner artery wall) on two minor arteries that were 80% blocked. The next day he was out of the hospital and the day after that, they were hosting a dinner gathering in their house with a bunch of close friends.

———— The lie meant to be encouragement

Happily, the doctor promised that after the procedure, the patient would never have a problem with heart attacks for the “rest of his life.” Unhappily, he was lying when he proclaimed that because he doesn’t know that such guarantees mustn’t be offered to people taking TA-65. You see, he was basing his comment on a normal expiration date and some other illness taking him before the coronary arteries became blocked again.  BUT if you’re going to drive your car for 500,000 miles, chances are you are going to have to replace some importance parts along the way, right?

Doctors have a core value of hopelessness and that permeates all their well-intentioned “advice”.

I believe that aging and perhaps even most of the diseases associated with aging are now a choice.   So the next time someone replies rhetorically, “sure, I’m as serious as a heart attack!” just remember the man who invited his closest friends to his party just after having a heart attack.  That is actually quite common – but sadly, that gathering is usually attended dressed in black.

————- Wanna know your own cardiac health?

All patients who are doing the Patton Protocol with us are entitled to a free SEVR examination as well as measuring skin, lungs, and vision. Please do take advantage of those state-of-the-art means of objectively measuring how much younger you are getting on TA-65