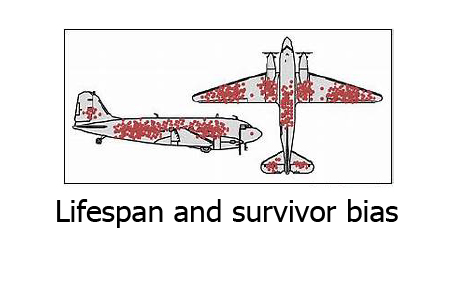 At the risk of sounding like a Yogi Berra-ism, the truth is that longevity is only made possible by aging. Aging basically is the acquisition of chromosomal damage from telomere attrition and epigenetic changes in our cells. If it weren’t for our ability to acquire and survive damage caused mainly by telomere attrition, then we wouldn’t live as long. In fact, at an organelle, cellular, organ, and functional level, we are able to take damage, keep functioning, mitigate, repair, and replace throughout life. We are like military aircraft that get shot up and still make it back to our friendly airbase.

I recently received a Facebook messenger text from someone who is not a patient or friend in real life, but rather on Facebook. He wrote: “Ed, I’ve been taking Ta-65 for 6 yrs. I keep testing at a biological age of 57. My chronological age is 69.” 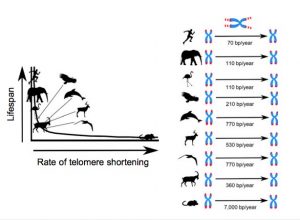 Maria Blasco’s lab. In a nutshell, they examined nine species of animals and found that the longevity correlated not with overall length but rather with rate of attrition. The short-lived mouse starts with a rather long endowment but goes through it quickly. The humans have a modest endowment but go through it slowly. This graph sums up their findings and you can read the user-friendly paper here: https://www.pnas.org/content/pnas/116/30/15122.full.pdf

Think of your telomeres as a business or a budget-based family or person. You are constantly lengthening with telomerase enzyme (income) and constantly losing with cell replication (expenses and repairs). If you lose faster than you gain, this will allow for critical shortening, chromosome mutation, and the dysfunction that leads to disease and death. On the other hand, if you spend little and gain often, then the size of your “telomere bank account” means little.

This brings us to the case of Karl, our now 81-yo fantasy baseball star featured in this video that I took early this summer. He has been taking TA-65 since 2011.

A year ago, Karl had a very severe viral encephalitis of unknown origin that left him with difficulties in language, speech, and movement. He had a very difficult time dancing with his daughter at her wedding and giving a toast. But within six months, he was back on the baseball diamond pitching, playing catcher, and slugging! When I saw him last month, I could tell he had lost a step but was, as per his admission, nearly back to his old self (in both senses of the word).

When we look at Karl’s telomere length of 6,800 base pairs (bp) 8 years ago, it has shortened less than the expected 560 bp; he lost only 200 bp. Given the challenge of hospitalization with encephalitis, perhaps he used up a lot of his endowment last year.

If you are a baseball fan you, might enjoy this video I did interviewing Karl at age 76.

This brings us to an interesting question as to why modern people are living longer than we believe they did based on the human fossil record. Keep in mind that we don’t actually know how old the old skeletons are but when we look at historical accounts of when people died, most experts agree that the average life expectancy has bumped up in the “modern” world.

Let’s take a beginner mind view of why this is. In my masters of public health training, we liked to kid ourselves that sanitation and vaccination were boons. In my medical degree training, we like to kid ourselves that medical interventions and antibiotics were game changers. I submit that the truth is that the majority of gains are something more mundane: our living conditions are better.

In prehistoric times, when a member of a tribe was injured, the others still had duties of childrearing, farming, hunting, or gathering, and whatever other social obligations took precedent. An older member who suffered a joint injury or event like Karl’s might be taken to the shaman or given some herbs, but if the condition required chronic convalescence, then there is the possibility that they wouldn’t be given food and if the lifestyle required migration, they might even be left behind.

Since people have been keeping records and writing, we still encounter shorter lifespans. If we are being honest, there are few conditions where the body doesn’t heal itself to some extent. If the local stem cells are exhausted and senescent, we get incomplete recovery. Exceptions to this rule include fulminant cancer, massive sepsis from anaerobic infections and perforations of viscera, myocardial infarction, and stroke. In these areas, modern medical technology has undoubtedly allowed the injured to make sustainable recoveries when compared with the bad old days.

In order to advance lifespan of individuals and of the species, we need to look at the root causes of aging which seem to involve telomere attrition, stem cell mutation and depletion, as well as the secondary factors of epigenetic gene silencing, organelle failure, and lifestyle factors.

I want to close with a concept of survivor bias. There was an engineer named Abraham Wald in WWII who studied the bullet holes in planes. The idea was originally to reinforce areas where there was damage but he correctly surmised that the areas that were NOT damaged needed to be reinforced because those were planes that never returned. 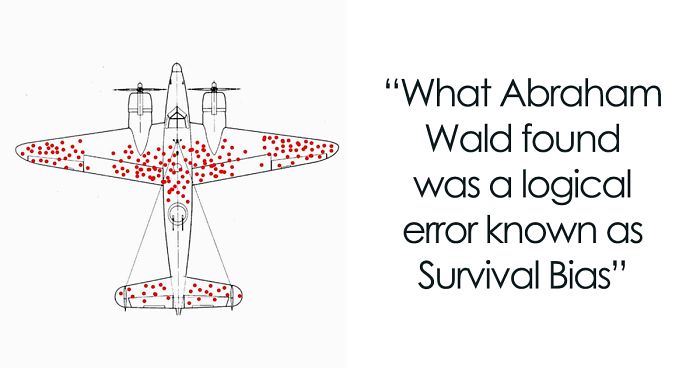 If we return to the question of longevity, there are certain hits that we don’t come back from: those include death by violence, starvation, overwhelming infection, metastatic cancer, and loss of brain and heart function. The remainder of the chronic conditions will soon be mitigated by things with telomerase activation, exosomes, and senolytics. But I suppose we should be grateful that we can get older with damaged, senescent cells and organs. Our age-associated glucose intolerance, atherosclerosis, demylelination, muscle and bone atrophy, and hormonal dysregulation represent the many bullet holes that we can survive.

Karl is very fortunate that he survived and made a near full recovery. We don’t know that taking TA-65 for 8yrs made any difference but my list of clients who continue to take adaptogens and feel “the same” is long. What those people who complain about the lack of improvement fail to appreciate until they stop for a while is that the natural state of affairs is to actually get more damaged and eventually shot out from the sky.

People die all the time but since they aren’t taking my supplements, I don’t get blamed. I know of only two patients of mine who were diagnosed with cancer and they both ironically were friends. One has a tiny melanoma removed and the other had breast cancer that was cured in her 50s.

In contrast, our friend Bob, who was never my patient also was diagnosed with cancer and has had cardiac stents, considers his health good at age 80 and thinks taking TA-65 for 7 years helped keep him healthy relative to alternative reality Bob who never took it. In fact, the choice of the doctors to not treat his metastatic colon cancer with post op chemo was a good one for bad reasons (they “gave up on him”). He remains without evidence of disease three years later!

My friend’s dad had his brain cancer clear after taking TA-65 but he stopped for fear of prostate cancer progression. Unfortunately, his doctors didn’t believe he was cured and let his prostate cancer overwhelm him resulting in death by a treatable cancer despite beating brain cancer.

Thankfully, from the hundreds of folks that I have treated, can still count on two hands the number of my patients who have died while taking adaptogens: Wilfred, Harold, and Roberta (all in their 80s or 90s), Daryl, and Stan (complications from HepC treatment and stroke in their 50s and 60s), and dear Don, age 70-something, who I think died partially of grief after losing his son years earlier. Given the dozens on ongoing elderly patients I have who still take these adaptogens, I would say we are doing pretty well with what we have. (N.B. clearly there is the possibility that I just don’t know who passed away and this is known as acquisition bias.)

Here is the video with Daryl who passed of fulminant liver cancer only three weeks after taking a Hep C drug despite taking TA-65 for years.

Here is the video with Wilfred who passed away.

The goal here is to keep the plane up. Let’s be grateful you can get sick and make whatever partial recovery because the alternative is to be “grounded” and that is not good. In my estimation, telomerase activation was helping to keep these damaged planes flying. I now believe that using exosomes for regeneration and senolytics for clearance of damaged cells will round out the tools we need to rehab our planes and keep them flying like Harold Rosen, who passed away while still “young” at the age of 92 after many years of TA-65.

You may not believe in telomerase activation and even I don’t think it can reverse all aging. But Harold’s wife, Deborah Castleman certainly believes it contributed to her husband’s great quality of life until his last months. As science advances, we will get better at repairing our planes. You just have to understand that taking damage is a part of the deal and that survival with the bullet holes of aging is, for now, part of the deal. If you don’t believe it makes a difference, I urge you to watch Deborah at 65 doing things that most humans of any age can’t ever dream of doing. She takes twelve TA-65 capsules daily and has done so for many years.

1 thought on “Longevity is only made possible by aging”