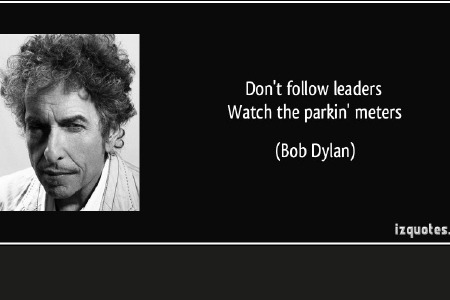 Just a brief blog about some images I saw last night from my 25th class reunion of the Columbia College of Physicians and Surgeons.

I was left with the impression that these very bright folks were not able to mitigate the effects of what we call aging. There were the usual wrinkles, sparse white hair, and pot bellies. Lord knows how many of them have lost cognitive ability, are on medications, and require reading glasses.

This brings us to the larger question of expertise that I talked about in this blog about the fallacies of the “sourcing heuristic”.

The evolutionary biologist, Stephen Jay Gould, was known for his theory of punctuated equilibrium. It suggested that evolution doesn’t tend to occur as a stead state of change but that there are sudden events that relatively suddenly shift the paradigm.

When I’m asked about experts’ opinions, I think of a Bob Dylan lyric: “Don’t follow leaders; watch the parkin’ meters.” Time is running out on our meters. If the Uber, autonomous, clean vehicle revolution continues, there won’t be any more parking meters. That is the kind of punctuated disruption we need in aging.

On a systems level, I was recently asked by a Venture Capitalist in the famous Buck’s restaurant in Silicon Valley, about a prominent man and his pet theory backed by a lot of dotcom dollars. I merely replied that a problem arises when people for whom money is now an abstraction give it to people for whom it is an end. Why would you trust someone to cure a problem if their livelihood depends on not curing it?

On a personal level, a person is unlikely to contradict themselves if their prestige, business model, and speaking fees depend on being open minded. We need an engineering and collaborative approach but the luminaries are vested in old ideas and raising capital.

Instead of treating this as an opportunity to earn money, the problem should be framed as an engineering one, focused on understanding stem cell ecology, epigenetics, and manipulation.

The best analogy I heard was told to me by the founder of a company that does DNA/RNA testing. Free from the usual biases, he was able to articulate the problem of the “magic bullet” single molecule pathway-blocking fantasy of hacking aging and disease. He suggested that the pharma approach was like trying to prevent road kill by studying the dead animal.

Therein lies the problem! Instead of trying to understand how to prevent road kill, we are examining the decaying carcass. There is a great example in the failure to cure Alzheimer’s; they were looking through the wrong end of the spyglass. The amyloid plaques are not the cause but the result of cell aging that arises from telomere attrition, aneuploidy, and cell dysfunction and death. Inflammation and the phenomena observed are the results so they were never going to find one pathway or miracle cure to stop it. That would be like trying to use insecticides to cure the maggots on the road kill and hoping that will prevent car hitting the animal. If you are going to in Los Angeles August 17-19th, 2018, please attend the “5D Symposium of Quantum Consciousness and Healing” where I will speak and have a booth. The title of my talk will be “Aging is a 5-Dimensional problem that can be cured” and in it, I will explain how aging is a product of the three dimensions of birth, maintenance, and destruction of stem cells along with the other two dimensions of time and entropy.

So why should you follow me, another would be “thought-leader”?

Perhaps because I am willing to admit that although I believe telomere erosion is driving aging in most systems, that is just the beginning of asking the more interesting questions of how the body mitigates this and how we can mimic and harness those systems.