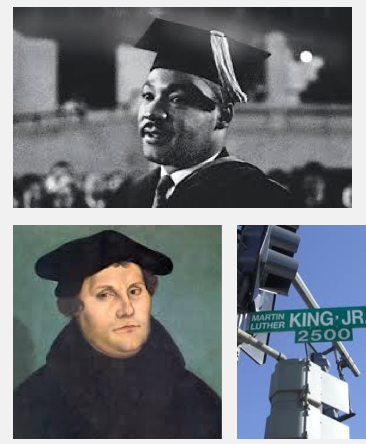 The point I'm trying to make is that everything we think we "know" about racism, telomere length, and aging could be factually correct AND seemingly contradictory if we don't get to a deeper understanding of how the islands of facts are connected when the water of appearances is drained from the oceans of meaning.
1 Responses
Reading Time: 3 minutes
Racism is like rust and rust is like telomere erosion. So It’s all “TRUE, TRUE, and Unrelated”?

Let us assume that telomere length shortens as we age. This study of 124 studies states that issue is “out of question” (i.e. resolved to everyone’s satisfaction:)

In truth, a prior, very large study of telomere length showed that telomere length was actually LONGER than in whites but that headline isn’t one that the media ran with:

Sure, it is undisputed that the African-American life expectancy is lower than whites even after correcting for violent crime

So, I would like to shed some light to the debate by explaining how African American’s might have LONGER telomeres yet still “age” faster (i.e. be at higher risk for dying).

You will want to read my book, “Telomere Timebombs: Defusing the terror of aging” to truly understand but here is he short version:

Aging is mental shorthand for something that we believe is natural: the accumulation of mutations in stem cells that, without telomerase activation technology, occurs in the wild-type human phenotype generally.

Measuring leukocyte telomere length is NOT a reliable proxy for telomere length in ALL THE OTHER organs any more than rust on the undercarriage of a car would be a proxy for rust (or oxidadative damage) throughout the rest of your car’s systems. Just as you can run the air conditioner non-stop or ride your breaks, so organs throughout your body accumulate mutations via replicative senescence and other factors of use, misuse, and abuse.

Humans of all races are more alike than dissimilar so the focus should be on improving the social, economic, and cultural freedom and consciousness of everyone. When you are more free, then so am I. The notion that there are inherent differences in the ‘races’ needs to be both embraced and debunked in order to re-appropriate the semiotics of our own mental slavery.

As an aside, in my years of taking standardized tests, I used to resent it when the correct answer to some questions about two “facts” on standardized tests was  “E) true, true, and unrelated”.  Why would you put those two things in the same question if they weren’t related? Sheesh!

Yet that is precisely is the situation with statistical confounding that I discuss in this blog about why beer doesn’t really make you younger.

We try to make sense of the world but on some level, we are like the witch-hunters in the “Monty Python’s Holy Grail” movie; wood floats, wood burns, so if the woman floats she is a witch and should be burned, right?

The point I’m trying to make is that everything we think we “know” about racism, telomere length, and aging could be factually correct AND seemingly contradictory if we don’t get to a deeper understanding of how the islands of facts are connected when the water of appearances is drained from the oceans of meaning.

On this day honoring civil rights leader Martin Luther King Jr, I would like to ask you a question of rhetoric:

Do we really know anything about aging, racism, the arc of any life?  I think this skit/commentary by sketch comedy geniuses Key & Peele may disabuse you of some of that notion:

And by the way, you think MLK had it bad with J. Edgar Hoover?  You should learn about what his namesake, the German founder of Protestantism had to face back in the day…

1 thought on “Racism is like rust and rust is like telomere erosion. So It’s all “TRUE, TRUE, and Unrelated”?”