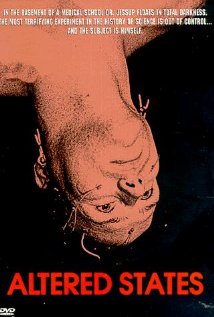 As an anti-aging physician, I feel I should keep my car alive even though it has so many mechanical, electrical, and cosmetic problems; but as a consumer, I feel that keeping it for an eighth year is nostalgia and frugality gone awry. But as I write about in my book, "Telomere Timebombs", there are some, like Irv Gordon, who can keep their cars running for 3 Million miles:
No Responses
Reading Time: 3 minutes
The seven year itch- spouses, cars, and your own body

What is it about seven years?  The infamous “seven year itch” pertains to the high rate of infidelity in the seventh year of marriage.

I just got back from the Lexus dealer where the bad news just keeps coming regarding my 7-year-old Lexus, “Stella”.  She was such a bonnie lass but now she is a real shrew to tame. The dealer also wants to charge me $4,000 to reset the rheostat and replace the software on my variable steering when that was covered by a voluntary recall years ago (just not on my model year).  Her cylinders are burning oil. Her upholstery is torn in places. The list goes on.

By analogy, did you know that some scientists believe all your cells in your body have been replaced from you seven years ago?  We will return to that later.

With my car, I’m at 132,000 miles on my sedan and about 20,000 miles ago, my service rep said, why don’t you just sell it?  Cars aren’t made to last.  At that time, the first sign was that it was burning oil, indicating not a great seal around the cylinders.  (I really miss Tom Magliozzi from NPR’s “Car Talk”, by the way. What a great soul)

As an anti-aging physician, I feel I should keep my car alive even though it has so many mechanical, electrical, and cosmetic problems; but as a consumer, I feel that keeping it for an eighth year is nostalgia and frugality gone awry.  But as I write about in my book, “Telomere Timebombs”, there are some, like Irv Gordon, who can keep their cars running for 3 Million miles: Looking back, I think that my relationship with Stella (the 7+ year old Lexus in background) really soured when I brought Francesca home. She was Italian, sporty, and always ready for a fun ride: After being garaged for just three days of fun with Francesca the Vespa, I returned to find my key wouldn’t work the lock of jilted Stella.  She refused to turn over for me like she had so faithfully for thousands of times. I asked a security guard to jump start. No luck. The Automobile Club came but again, no luck.  I had to have her towed and it cost a lot of money to replace the starter.  Hell hath no fury like that of a car scorned.

With regard to your body, I have also taken stem cell adaptogens, or telomerase activators for seven years. In that time, my telomere length has increased and it would be interesting to know if the rule about all the cells being replaced would no longer pertain to someone like me.  What we do know it that seven years of taking these substances didn’t cause clinically-evident cancer in me and that I didn’t revert back to some primitive phylogenetic monster with hair and a prehensile tail, like William Hurt did from his psychidelic, epigenetic, gene reactivation trip in the movie, “Altered States” Returning to my car, like the song “Making Whoopie” says, I think it’s “cheaper to keep her” because I get free tires for life and that’s like a $2,000 swing with the 21 inch rims the dealer sold to me.

If you feel like keeping your original body, then I recommend maintaining it with TA-65 or RECHARGE because reincarnation or the afterlife seems like a big gamble versus just keeping your current stem cells intact or refurbished.

If you can just keep your original parts working for another 20-30 years, the ability to use custom stem cell regeneration to prolong your healthy lifespan indefinitely will be manifest. Watch this video to learn more and visit Rechargebiomedical.com.