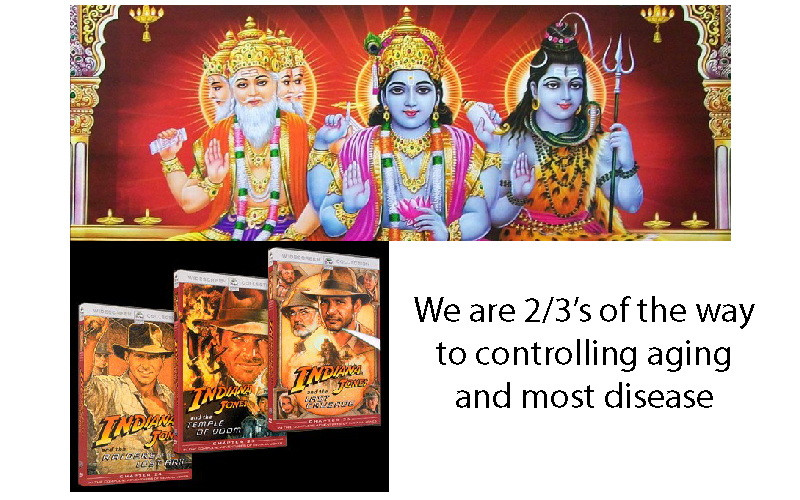 This week, the future became the present, as scientists published a study showing that an engineered molecule that facilitates cell death could reverse signs of aging in mice and hopefully cure aging
2 Responses
Reading Time: 5 minutes
We are 2/3rd’s of the way to curing aging!

This week, the future became the present, as scientists published a study showing that an engineered molecule that facilitates cell death could reverse signs of aging in mice and hopefully cure aging. I will explain the mechanism at the end of this post.

I’m going to do a hybrid metaphor thing here using the first three Indiana Jones movies and the three central Hindu deities that I previously referenced in this blog.

Think of aging (and its control) as a balance between maintenance of stem cells, destruction of stem cells, and creation of stem cells. As of March 23, 2017, we now have tools and living experimental proof that two out of three of these processes are subject to our control and can mitigate the phenotype and symptoms of aging.  (N.B. Let’s ignore that there are cells which are stem and non-stem because they all follow the sames rules and it only draws attention to the fact that the third and final discovery will be the most important of them all- just as the third of the movie trilogies was the best of them all…jk. don’t send emails).

The first discovery in 2010 was like finding The Arc of the Covenant in the Raiders of the Lost Arc. The Arc was a power source and way of communicating with God. That is telomerase- the maintainer, like the Hindu god Vishnu. The proof that this was the first great cure was found by Ron DePinho’s lab at Harvard even though they embarked upon proving it would NOT cure aging, it did so safely in mice as published in Nature. 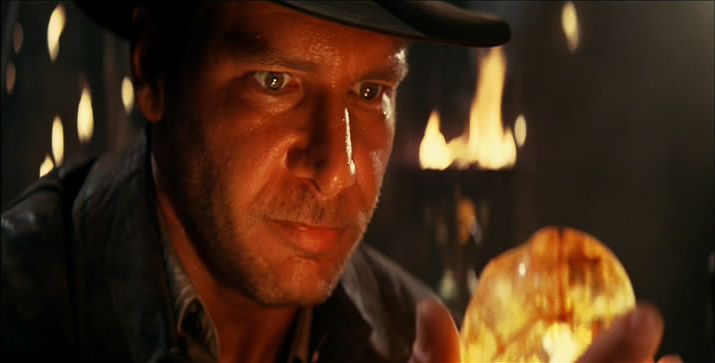 The second discovery this week was that mice could be rejuvenated by accelerating death of old cells- makes sense, right?

This discovery is like the Indiana Jones second treasure in The Temple of Doom. He literally finds the Sankara stones, which channel Shiva’s destructive power.

A word of warning from enhanced destruction of aged cells: will this be like supercharging a gas guzzler or increasing the speed on a computer with a limited battery life? In the short run, clearing sick cells is good but won’t that deplete the reserve bone marrow mesenchymal stem cells faster?

The third installment of the Indiana Jones’ movies? The Last Crusade. They were looking for the Holy Grail, that would rejuvenate? It even healed a dying Indiana Jones’ father played by Sean Connery.

That’s Brahma, the creator and it symbolizes the mesenchymal stem cells in our bone marrow. Those cells can become all other cell types and it is their depletion by repeated copying and the resultant telomere shortening and chromosome mutation that causes aging and infirmity.  Read this blog to understand what the third installment of science has in store for us if we can ever get our act together and find, freeze, and fortify our best copies. The good news is that even if you have been alive for 80 years, there are some that have not copied enough or accumulated enough damage to behave badly. We just need to find the 20-yo stem cells hiding in the 80-yo pelvis.  We are all in a constant state of rebirth and rejuvenation from our mesenchymal stem cells. 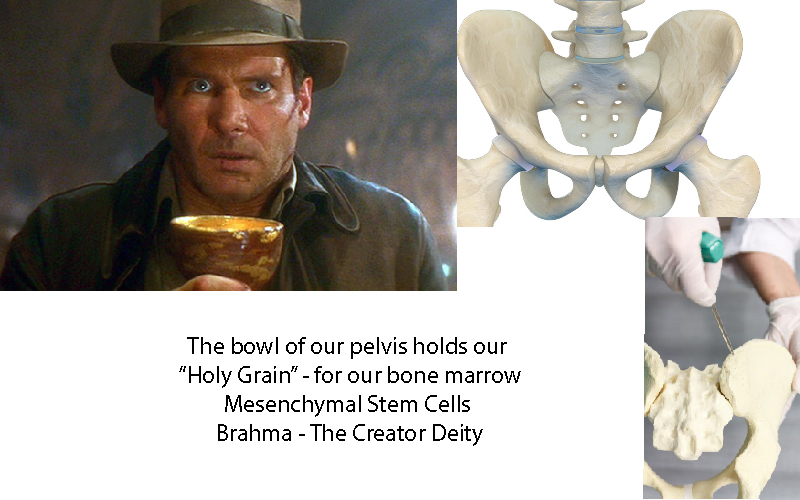 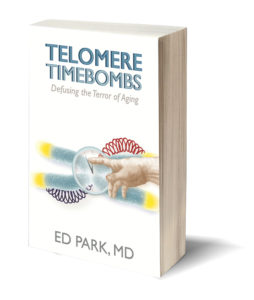 So what exactly did they discover that was published this week? Well, it is sort of a magic bullet in the classic pharma model because they engineered a homolog (or competitive antagonist) to a natural peptide called FOXO4 that interacts with p53. As far as I can interpret the FOXO4 puts a damper on the p53 ability to kill an aged cell. So a messed-up competitor for FOXO4 removes the damper and allows p53 to cause cell suicide more efficiently.

p53 is so complex and multi-faceted that it deserves the anthropomorphic title of “The Watchman of the DNA” but one of the main mechanisms of action is explained quite simply in my book, Telomere Timebombs: Defusing the Terror of Aging.

I was inspired to post this blog by my morning pastry run and a potato croquette. It looked to me like a cell dividing.

So the simple mechanism of cell aging and apoptosis enhanced by this new drug is explained by this diagram. The cells all shorten their telomeres when they divide, causing chromosome breaks. When the chromosomes fuse and break, the number is incorrect and the system of chromosome counting fails the “checkpoint”, preventing cell division. This failsafe also triggers p53, which then pokes holes in the mitochondria causing the cell to melt from inside. This causes the oxidation and mitochondrial dysfunction that we see in senescent cells. 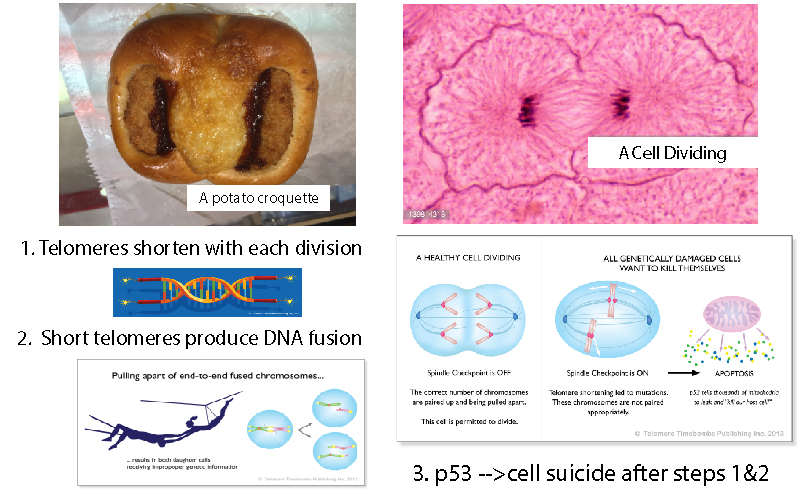 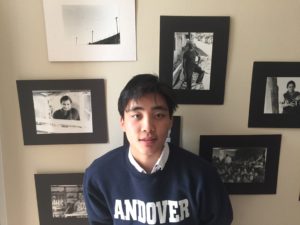 So did you understand and enjoy this consise explanation of a revolutionary new discovery in science that will probably transform our lives? How many others could have made it as clear or (hopefully) entertaining? If you found this or any of my other blogs or videos have served you, I would ask you return the favor as I pass my virtual hat around. I have a son who wants to work in Ecuador this summer and I would love any size contribution to help realize his Young Indiana Jones-like adventure.  Did you ever get $5 of wisdom or save money on your Recharge or TA-65? Then please consider giving back on my behalf. I work for free but I do accept tips. Much obliged!

One crazy thought….Foxo4 has other actions and interactions and perhaps it evolved to perform this p53 inhibition as a way to mitigate aging! Perhaps it allowed genetically damaged cells to persist for longer instead of burning out reserve stem cells by constantly requiring replacements. In doing so, perhaps cell senescence was a evolution to prevent organism senescence, like putting speed governors on golf carts to save gas (and the lives of drunken golfers). Isn’t evolutionary hand waiving fun? There are no dumb ideas when you have no way to test the stories you make up!