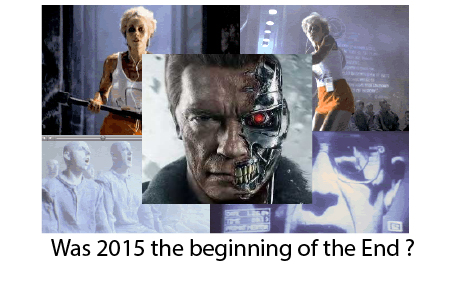 My friends, we may have reached an inflection point in human civilization due to trust in institutions and mistrust of humanity. In some ways, the signs of the times argue that humanity peaked around 2014 and is now in decline.
No Responses
Reading Time: 3 minutes
Zeitgeist – #peaklongevity #peakapple #transhumanism

My friends, in 2017, with the benefit of hindsight, I regret to say that the signs suggest we may have reached an inflection point in human civilization due to trust in institutions and mistrust of humanity. In some ways, the zeitgeist argues that humanity peaked around 2014 and is now in decline.

I am researching the iPhone 8 and realize that the best iPhone was the 6s, when we had earphone jacks, and charging cords. When I bought my son a Macbook Pro this year, I had to look for a two year old or perhaps even a five year old version to get the ports and interfaces that we needed with equal performance. Apple products are getting worse since 2014.

Not coincidentally, this decline in human longevity and Apple innovation coincides with a rise in transhuman ambitions. When I think of my Facebook friends who want to rush towards integrating their bodies and minds with technology such as wearable, implantables, RFIDs, and cognitive interfaces, it makes me shudder. This will not end well as I blogged about here.

At the core of this folly is our trust in institutions and not intuition.

Every week, someone calls me to tell me how they hacked their bodies to cure incurable conditions such as psoriasis, hip degeneration, or SIBO (small intestinal bacterial overgrowth). They did their own research, mistrusted authoritarian dogma, and experimented on themselves. Trust in a system of Western fatalism and pharmaceutical “fixes” that beget other problems is at the core of the problem.

With the passing of Steve Jobs, the new Apple is an ironic placeholder for the dystopian overlord that the hammer thrower destroyed in the 1984 Olympics commercial. They iconic commercial for iconoclasm has come full circle after thirty-three years. They now force us to adopt inferior products so that we can feel a sense of identity. I think all have a deep and unmistakable dread from knowing that without Steve Jobs’ long term vision, we are going to be forced into adopting useless and user-hostile experiences from Apple for the foreseeable future.

The trust in a transhuman future where artificial intelligence or melding with machine will enhance human capacity and potentiality is the most dangerous of the three inflection points as evidenced by Elon Musk’s recent incorporation of a Neuralink company to join human conscious with machine this year. This inflection away from humanism also coincides with the 2014-2015 inflection since the wunderkind of futurism as recently as 2015, joined Apple founder Steve Wozniak and Stephen Hawking in warning humanity about robots, AI, and autonomous weapons. When we are bidirectionally connected to some cloud with no clear way to know how our information is being used and influenced, we will be in a unique position to further degrade our humanity. 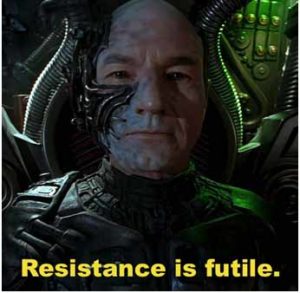 So what is a person to do in light of these three inflection points? Resist, of course. Contrary to what the Borg collective likes to assert, “resistance is NOT futile.”

Learn what you can about staying healthy and keep an open mind. Dare to “think different” or “differently” as would have been more grammatically correct, and consider that iTunes was never user friendly and that identification with dying brands shows your lack of courage. Be brand loyal when the brand shows loyalty to you and to innovation in the service user experience.

Finally, take a vow to tune out from the corporate media, wearable tech, enhancements, and communication with faceless overlords. The biggest existential threat after the already catastrophic loss of privacy represented by smart phones which constantly track and record us is the coming internet of things, which we don’t want to become nodes in. Imaging how monstrous the world will be when not only will “big brother” know where you’ve been and what you’ve said, but exactly how your heart rate, blood pressure, nervous system, and thoughts registered from moment to moment.

Stay human, my friends. Unplug. Learn. Grow. Thrive. If we place blind faith in money-making institutions such as the medical-industrial complex, the Apple Corporation, and messianical transhumanists, we risk destroying the very thing that defines us- our humanity.