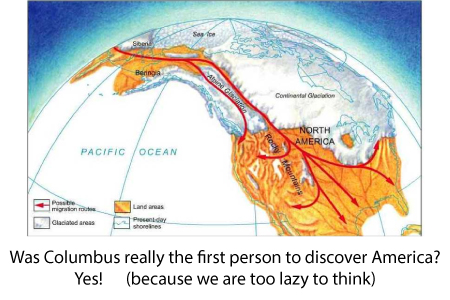 Yesterday, I blogged about a study that revealed that the fundamental premises of what scientists had assumed about inflammation causing lung disease was flawed.

Today, I will explain my Stem Cell Theory of Aging as I outlined it in on my website back in 2008 and then show how this study concurs with the basic premise. This is excerpted from “Telomere Timebombs: Defusing the Terror of Aging”, the # 1 Best-selling book about Telomeres on Amazon.com Following are axioms and corollaries of my Stem Cell Theory of Aging. Axioms are things we assume to be true and corollaries are statements that naturally flow from axioms.

Axiom 1: Because of the mechanics of copying DNA, telomeres always grow shorter with each cell division.

Axiom 2: Stem cells and Cancer cells (possible mutant stem cells) are capable of self-immortalizing by lengthening their telomeres as a result of activating telomerase.

Corollary 2.1: Telomere lengths in the chromosomes of stem cells are dynamic and lengthen or shorten as a function of environmental effects, telomerase activation, chromosomal maintenance, and replicative burden.

Corollary 2.2: Since T-cells of the cellular immune system are all stem-like in nature, senescence or aging of T-cells results in worsening immune function reflected in higher rates of infection and cancer.

Axiom 4: For non-stem cells, which can’t utilize their telomerase, the Hayflick Limit is the cause of apoptosis (“programmed” cell death) and protects us from rogue cell lines that have acquired dangerous changes from DNA transcription errors, erroneous splicing, and oxidative or ionizing stresses.

Axiom 5: All dividing cells constantly monitor themselves for chromosomal damage but if immortal stem cells fail to undergo apoptosis and replacement with younger, better versions, the aging phenotype will manifest.

My Hypothesis: Aging is caused by accumulated DNA damage in stem cells, primarily caused by the shortening of their telomeres. If the stem cells’ telomeres can be protected or altered by telomerase activation, then the effects of aging may be slowed and possibly reversed.

As mentioned above, Dr. Mary Armanios, of Johns Hopkins, published this article showing that telomere dysfunction and not inflammation was the common pathway to lung disease. Her statements about the research echo my theory as outlined above:

Armanios says, researchers and clinicians have thought that “inflammation alone is what drives these lung diseases and have based therapy on anti-inflammatory drugs for the last 30 years.”

Now consider that the same would apply to notions of inflammation in heart diseases, neuro-degenerative conditions, and all other diseases, such as cancer.  What a waste of effort for us to ignore the possibility that the Emperor was naked and not just that we were seeing things wrong.

“If it’s premature aging of the stem cells driving this, nothing will really get better if you don’t fix that problem,” Armanios says.

I would love someone to do a clinical study of a Telomerase Activator such as TA-65 in these cases or in a mouse model.

This finding could shed light on why “sometimes people with short telomeres may have no signs of pulmonary disease whatsoever, but when they’re exposed to an acute infection or to certain drugs, they develop respiratory failure,” says Armanios. “We don’t think anyone has ever before linked this phenomenon to stem cell failure or senescence.”

When you consider that stem cell damage from toxins is universal and that so is self-destruction by damaged stem cells, we understand that accumulation of chronic disease is just an inevitable numbers game unless you have telomere protection and cell apoptosis working efficiently.

Truly, the best argument against my Stem Cell Theory of Aging (since every Axiom in it is completely standard scientific orthodoxy) is that “it couldn’t be that simple because the best efforts of scientists have been looking elsewhere.”  This is a “Sourcing Heuristic” gone horribly wrong as I blogged about in the wake of the Brian Williams satori.  The notion that we can’t be wrong because too many people would have to be wrong and it is too much trouble to reconsider is anti-intellectual and the root of a lot of evil in the world today.

To understand my Stem Cell Theory, watch this presentation I gave to the American Academy of Anti-Aging Medicine in 2012.