If you ask a friendly astrophysicist his opinion on something that he really hasn't thought much about, he is going to regurgitate common knowledge
2 Responses
Reading Time: 5 minutes
Michio Kaku on Telomerase – disappointing

We all like Michio Kaku. He is the go-to talking head for science these days- like Carl Sagan meets Mr. Miyagi without all the personality syncopation of Neil Degrasse Tyson or the David-Byrne-on-caloric-restriction appearance of Bill Nye, THE Science Guy. 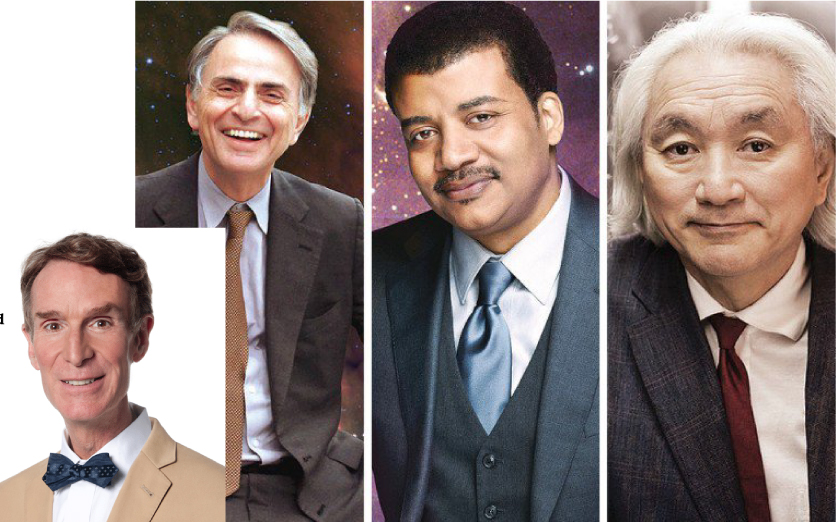 Dr. Kaku, a theoretical physicist by training and educator of the masses by calling, explains complex things in friendly, digestible terms for the layperson. He does a great job and I have read one of his books in the past.

But his 2011 video answering whether telomerase can cure aging is problematic to say the least.

It is less than five minutes long and worth a watch because it is a perfect zeitgeist of conventional wisdom at it currently stands.

Using some approximate phrases from his video, I will explain the problems I have:

“[telomerase] Hit the headlines”– I don’t know what he is referring to. In 2009, a Nobel Prize in Physiology or Medicine 2009 was awarded jointly to Elizabeth H. Blackburn, Carol W. Greider and Jack W. Szostak “for the discovery of how chromosomes are protected by telomeres and the enzyme telomerase” [Nobelprize.org]

What did “hit the headlines” again recently was that the Resveratrol he touts is bogus as a cure for aging. A company called, Sirtris that was sold to GlaxoSmithKline for $700 million is abandoning resveratrol for safety concerns and repeated lack of efficacy across a broad range of conditions.

“not the fountain of youth”– It may not be the fountain of youth but every single plant, animal, and fungus uses it to relengthen stem cell telomeres. If you have only a half genetic dose in your stem cells, you can anticipate dying of old age in your teens. Seems like a pretty good place to start if you want to understand aging.

“shoelace tip”– telomeres do act like aglets but due to cell replication, they are more like fuses for firecrackers. When the fuse burns down, the cell’s chromosomes mutate.

“Hayflick limit”– more or less true but he omits all mentions of stem cells in his model, which are not dangerous, are immortalized, and the basis of our health and wellbeing.

“biological clock”– oft used and misleading. There is not timekeeping function in non-telomerase active cells. Non-stem cells are “designed” with planned obsolescence in mind. They are intended to mutate and be disposed of.  Just as leaves fall and die, we don’t care. In contrast stems of trees are not expendable and neither are stem cells.

The section on cancer is particularly alarming with an overly facile analogy suggesting that immortality is the cause of cancer. He ignores the cancer stem cell hypothesis which suggests that cancer arises in already immortal stem cells. Normal healthy stem cells are immortal and we need them or we age faster.

“we have to make sure that when we hit ordinary cells with telomerase that you don’t also trigger cancer”– You don’t “hit” ordinary cells. Telomerase is made in each cell and can not transported into the cell. Ordinary cells don’t make telomerase. I know of no proof that telomerase can be activated in non-stem cells to cause malignant transformation. This is an all-time favorite trope of fear-mongerers when the preponderance of evidence is that telomere dysfunction is the precursor to most cancer.

“many genes are essential for aging process”– I don’t know how he can say this. It is like saying “we know there are many reasons planets revolve stars. Sadly this is the premise of many current moonshots like Human Longevity Inc.

“aging is the buildup of error” – This is one of only two accurate statements that I can find in this video. I agree. All premature aging syndromes point to DNA processing errors. The accumulated junk theory is one I don’t buy.

“cells have repair mechanism”– The other true statement. Although to focus a cure for aging on repairing damaged cells is like trying to save trees by repairing deciduous leaves. It is the stems, trunk, and roots that are immortal and require repair. He ignores that telomerase is always on, always curing aging in our stem cells, and that differentiated, non-telomerase cells are not worth saving from the Hayflick Limit. That is not our design.

“rot after birth”– again, non-stem differentiated cells don’t rot. They die because of the Hayflick limit. Stem cells maintain high levels of genetic integrity throughout life because they are not subject to the Hayflick Limit by virtue of telomerase activity.

“Can you accelerate cell repair? (to cure aging)”– Again, why would we repair disposable cells? Would we superglue cracked leaves and tape them back onto branches?

Starvation genes, sirtuins, resveratrol– old, deprecated model. And resveratrol is not an enzyme. The new rage, by the same expert who brought us that Spruce Goose of anti-aging is now NAD+. And even one of the Nobel Prize winners for Telomerase has punched a ticket to ride that train.

“We have pieces, clues, it will be decades” – Standard response from people looking to seem knowledgable by making predictions and pushing the discovery (acknowledged in 2009) out for decades.

If you ask a friendly astrophysicist his opinion on something that he really hasn’t thought much about, he is going to regurgitate common knowledge and unfortunately in the field of aging science, there are firm dogmas which, in my opinion, are wrong.

We are still in the second stage apparently.

The weird thing to most people is if telomerase is so important and obvious, why don’t experts in the field see it?

“It is difficult to get a man to understand something, when his salary depends on his not understanding it.”

“The first passing mention of the Wrights in The New York Times came in 1906, three years after their first flight. Two, in 1904, the Times asked a hot-air-balloon tycoon whether humans may fly someday. He answered:

That was a year after the Wright’s first flight.”

Actually, since we are all always using telomerase to stay young already, it would be more like predicting there will never be insects, birds, or mammals that will fly. Telomerase is not new and it is not a fad or headline. It is a fact. Whether you want to take a telomerase activator is another matter but sadly, a man whom I admire greatly has created a misleading hodgepodge of conflation, misinterpretation, and error.

I am not just trolling here without a better explaination. If you want to know my opinion, read my book Telomere Timebombs: Defusing the Terror of Aging