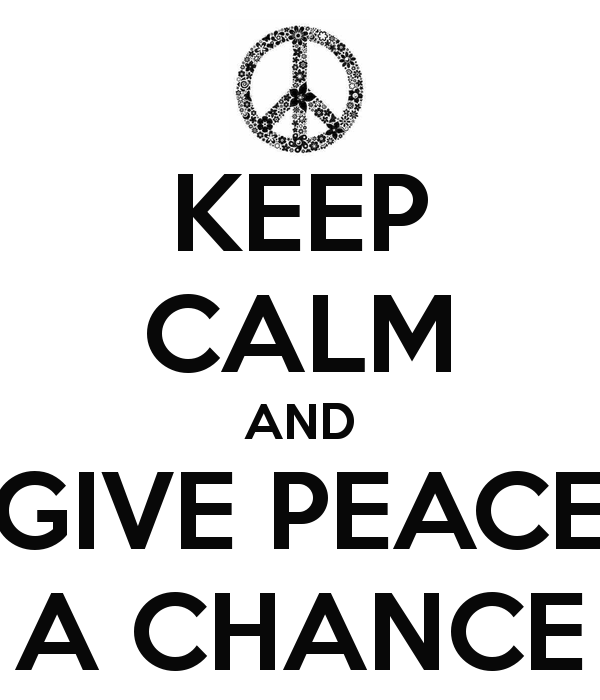 How odd it would be to send Al Sharpton and David Duke back in time to witness the banality of black on white slavery and to understand that our notions of their perceived conflicts are predicated on social constructs that arose out of the particular history of European Enlightenment, Colonialism, and the Pseudoscience of Anthropology (spoken as an Anthropology major myself.)
4 Responses
Reading Time: [rt_reading_time postfix=”minutes” postfix_singular=”minute”]
Racism on the rise? If so, it is your fault!

With recent events surrounding police violence towards blacks in the United States, I would like to dedicate today’s #PhilanthrophyFriday post to the topic of racism.

We will visit Nobel Prizes for sale, noble intentions questioned, and then end with the nobility of the human spirit.

I believe that racism is a convenience that trumps reason only when activated by fear. We all see the world, note the differences in appearance and behavior, and our mind tries to organize our thoughts based upon inculcated prejudice, our own experience, and divine intuition.

When scarcity is introduced, as in the fear of safety, material wealth, social attainment, it is natural to try to seek strength in numbers and band together with our own self-identification group, to the exclusion of the “other”.

This scarcity can be experienced on a racial level, a socio-economic level, a political affiliation level, or a citizen’s rights level.

In researching my screenplay about Hypatia, a philosopher in the Late Roman Empire, I was fascinated that the concept of Roman citizenship was a political one, like that of Americans versus illegal immigrants. People we might consider “black” would routinely own “whites” slaves because at that time, the wars with Goths would have meant the majority of slaves were Germanic in appearance, language and culture.

How odd it would be to send Al Sharpton and David Duke back in time to witness the banality of black on white slavery and to understand that our notions of their perceived conflicts are predicated on social constructs that arose out of the particular history of European Enlightenment, Colonialism, and the Pseudoscience of Anthropology (spoken as an Anthropology major myself.)

The scientific and incontrovertible truth is that a species level classification of race touted by Carl Linnaeus, the father of species taxonomy, is a non-starter as all Homo Sapiens Sapiens appear to arise from the same East African origins and can interbreed without difficulty.  As if we needed more proof that having brilliant scientific ideas doesn’t mean all our thoughts are valid, here comes the Greek tragedy of DNA-discoverer, Dr. James Watson, of Watson and Crick fame….

This very day, James Watson successfully auctioned off his Nobel Prize to help sustain himself because in 2007, he resigned from his position as chancellor of Cold Springs Harbor Laboratory for this publicly quoted comment in The Times:

“[I am] inherently gloomy about the prospect of Africa [because] all our social policies are based on the fact that their intelligence is the same as ours—whereas all the testing says not really.” He went on to say that despite the desire that all human beings should be equal, “people who have to deal with black employees find this not true.”

Not to apologize for the man, but it would appear that his notable gifts for science were not tempered with a gift for keeping his foot out of his mouth. He has made many an impolitic comment about fat people, unattractive people, gays, the Irish…so there is a history of general unsmartness about his willingness to let notions fly.

As a cosmic bit of irony, if you click on the article linked to his picture, you will read about Watson’s feeling like an “unperson” after being ostracized. Well, isn’t that exactly the issue that everyone had with his proclamation about Africans?  With this quote from the article, we see the universe teaching Watson how it feels to fall from the grace of an accomplished, straight, affluent man of European descent and to feel the marginalization of those “unpersons” that he so glibly judged.

“Because I was an ‘unperson’ I was fired from the boards of companies, so I have no income, apart from my academic income,”

And the irony of this irony is that he wants to buy a David Hockney painting with the proceeds of his sale after having been quoted as saying in the The Sunday Telegraph, in 1997,

“If you could find the gene which determines sexuality and a woman decides she doesn’t want a homosexual child, well, let her.”

Part II:  Harvard discriminates against Asians based on race?

This very day of December 5th, 2014, I also received an email from my alma mater addressing the suit brought by some students alleging racist discrimination against Asian-American applicants in admissions by Harvard, UNC-Chapel Hill, and Univ of Wisconson-Madison.

Truth be told, and as an Asian-American and a participant in the admissions process for Harvard College, I would concur that the representation of Asians and Jews would be much higher at elite colleges if not for this bit of social engineering but that is not to say that I support this lawsuit. If you were a Caucasian parent with a child up for the same spot as an Asian-American child and all factors were magically equal, would you consider it “affirmative action” if they admitted your child solely based on his or her non-Asiatic heritage?

The main problem I have with the lawsuit is who sponsored it. It is a gentleman who has a very conservative bent and it reeks of an attempt to assault the temporary and vital institution of affirmative action by an means he deems necessary.

Part III: The Nobility of Man

On the deepest, truest level, any person’s struggle for dignity against attempts to render them “unpersons” is appreciated as it resonates with all our struggles for self-determination and freedom from judgement.

Movies are amazing because the immersion of the mind in darkness and anonymity can transform the human heart. That is one of the reasons I became a screenwriter. Think of “Billy Elliot”, “Glory”, “My Left Foot”, and any number of thousands of wonderful movies. You went in believing one thing, and leave transformed. Sure, when the lights come up in the movie house, you are free to resume your own close-minded bigotry, but there are few amongst us that will not be moved by ANY story, told with truth and empathy, about people we would normally consider “other” or perhaps even inferior.

Flying back from an interview I did for Gaiam TV in Boulder, Colorado yesterday, I was happy to watch “Guardians of the Galaxy” a Marvel Comics picture about a rag-tag band of misfits that saves the galaxy.  In the first non-flashback scene, the hero strolls through a ruin and with a scanning device, appears to pick up scenes of a reality taking place “elsewhere in time” but apparently in the same space.  It is not explained and does not appear central to the plot.

That scene reminded me of an eerie and wonderful film staring David Bowie called “The Man who Fell to Earth” in which he played a spaceman who was somehow not meant to be in this space-time realm; he was a man who was meant to be somewhere else and therefor bore the gifts and scars of that non-Earthly origin.

The reason I bring this up is that perhaps the message of this innocuous movie scene was that we are all guardians of the galaxy and that everything is happening all-at-once. As above, so below. Our world inside, outside, in the past, and in the future are all our responsibility to co-create.

Divine intuition allows us to understand betrayal when we interview face-to-face the unexpected Mary Smith who is obviously at least 50% Chinese- because now we have to temper our enthusiasm for their violin playing or math SAT score.

We can access the self-pity of Jim Watson’s hubris and the shame at having to now live with the consequences of our Tourette’s-like hubris.

And sadly, we feel the surprise and sorrow of being be choked to death by a racist cop just as well as we feel the carnal exhilaration of taking another man’s life in a fit of unbridled rage.

Are we ignorant, bigoted fools?  Yes.

Are we conscious, loving deities?

Yes. Is that a contradiction? No.

So what now?  Pray. Be kind. Learn. And believe only what’s true: that the world we see is the world inside and that we are the ultimate guardians of our galaxy and all our brothers’ keepers. If there is racism on the rise in your reality, then it is incumbent upon you to change that matrix of reality and believe something else into existence.

And don’t forget to ask yourselves: who benefits from activating our scarcity and fear?  Ebola, televised beheadings, school shootings, alleged race riots?  It’s time to pay attention to the men behind the curtains because Emerald City ain’t turning out to be what we were promised in the Bill of Rights. And Dorothy never needed the Wizard or even the Ruby Slippers to get back to Kansas.

4 thoughts on “Racism on the rise? If so, it is your fault!”