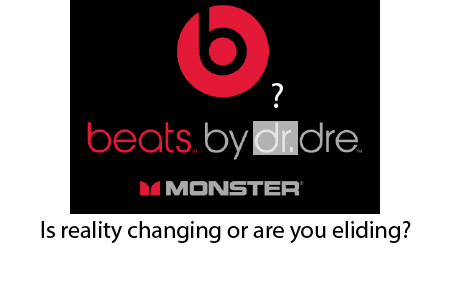 Did you know Lassie, not Timmie was the one who fell down the well?
No Responses
Reading Time: 3 minutes
The Mandela Effect redux (and rehabilitated)

Nearly two years ago, I blogged about the Mandela Effect, which is basically the notion that large groups of people remember reality differently but most of the evidence suggests they are wrong. Since then, I have managed to attribute this putative phenomenon to elision, or the ability of the mind to overlook, suppress, or mistake reality. But something happened a few days ago to change my opinion…

First consider that most people can read this paragraph just fine and you begin to realize what the consciousness truly is. Consciousness is an instrument that plays the music, not the music itself. Some have said that the purpose of consciousness is to create a barrier between ourselves and reality which only marginally serves as a sort of transmitter for mainly sensory input.

Now consider one of the most unsettling notions I can imagine. For some reason, I would much prefer to go blind than to never have sight. The reason? How do never-sighted people experience dreams?

I don’t know why but the idea of dreaming without ever having been sighted makes me uncomfortable. Perhaps even though the content of dream consciousness is not frankly visual, the notion of things with form and therefore appearance comforts me. It seems to create “handles” on experience and without form consciousness, what do we have?

For those who were never sighted, life exists in an altered and perhaps more primal state. I would argue that on a semiotic level, human cognition is encoded with feelings.  That is the basis of my theory of human consciousness found in my book. Without the sense-real notion of form, the blind person dreams of touch, smell, sounds, tastes, and most especially, feelings.

The straw that broke the proverbial camel’s back and brought me back into the Mandela Effect fold was a heavily marketed brand of headphones made by Dr. Dre. I profoundly find the logo of the current brand to be wrong; I always remember “Beats by Dre” not “Beats by Dr. Dre”. Watch the video below for other examples. I asked my friend who is an expert in the Mandela Effect and he believes it is probably due to a CERN effect or a way that G-O-D is winking at us.

In this reality, the disclaimer on your rear view mirror has always read “objects are closer than they appear”; it was never “may be”!  Did you know Ed McMahon was never affiliated with Publisher’s Clearinghouse’s giant checks? Did you know Lassie, not Timmie was the one who fell down the well? Did you know the torch of the Statue of Liberty was damaged by a German attack?

If we accept that reality can change then we have to wonder how and why. Perhaps the universe is truly holographic and it is our consciousness that creates it? Perhaps time travelers are at play?

Whatever the reasons that I discussed in my original blog, I now believe that some changes in reality cannot be attributed to simple elision in all cases.

This brings us back to the topic of consciousness. In my chapter from The Telomere Miracle, I begin each chapter with an epigram that I wrote. The one on your mind reads: “Seeing isn’t believing. It works the other way around.” So perhaps if my emotional meta tagging theory of human consciousness is correct, maybe it isn’t even believing that brings reality into existence; it is feeling.

The dogma of science often hinders our understanding of the truly complex nature of reality. I asked physicist, Lawrence Krauss whether consciousness was a form of energy and he denied its very existence.

In contradistinction, I asked theoretical physicist, Stephon Alexander about the nature of the universe, and he declared that math and physics are merely musical notations, not the music itself. Here is our interview.

At this moment in my human journey, I am convinced that there is consciousness outside of human experience and that it manifests as energy and matter that is only partially experienced by us in our mere human form. Sort of like other life forms and machines can pick up all sorts of electromagnetic spectra.

Mystics have long believed in the world soul, non-linear time, the patterns of sacred and fractal geometry. I believe that our feelings are the fundamental instrument of consciousness. For that reason, seek to bring more compassion into your life and you will feel the pleasure and the peace of a connected life.