Unfortunately, when people decide to look into anti-aging, they treat the telomerase activation theory with the same suspicion as a LAX customs officer.
2 Responses
Reading Time: 2 minutes
What can a K-Pop detention tell us about the psychology of trust?

I get a lot of emails from people asking me to weigh in on anti-aging breakthroughs. I don’t think things like a mitochondiral theory of aging hold up because they treat a downstream effect of aging as the cause, like treating soot and smoke as the cause of fires.

When it comes to theories, I like my telomere stem cell theory because it is based on logic, universality, and natural as well as laboratory evidence.

In a nutshell, telomere erosion in stem cells allows for chromosome damage which results in damage, need for replacement, and depletion of the reserve of stem cells.

Ron DePinho, formerly of Harvard, showed that telomerase activation restored old mice to young ones. Maria Blasco did the same thing with her mice engineered to lack telomerase then restored back to youth.

So why do people take telomerase activators yet “sell” other theories? Because they are interested in personally living longer and healthier but cannot monetize something that they know is working for them.

When a KPop (Korean Pop music) group named “Oh My Girl” tried to enter the US at LAX, their ducks weren’t in a row and it is unclear whether they were detained for 15 hours then sent back after being suspected sex workers or for not having a clear story about performing at a benefit and not needing work visas.

Their manager should have told officials to Google their video and sing a ditty for them.  But that didn’t happen. 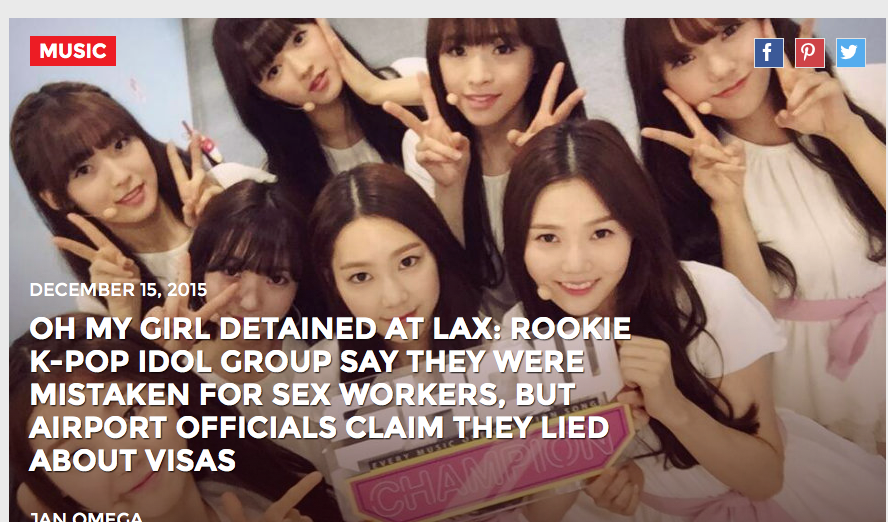 Unfortunately, when people decide to look into anti-aging, they treat the telomerase activation theory with the same suspicion as a LAX customs officer.

Instead of looking into the 2009 Nobel Prize, my many videos, and trying a telomerase activator, they defer to experts who have only an interest in their own pet theories even though they may personally take TA-65 and related nutraceutical.

I take no delight in seeing the ones who don’t take TA-65 get older every year.  I would rather be alive than wrongly passionate about a theory based on circumstantial evidence and wishful thinking.

Most would consider my theories fringe but in a few decades, they will be as common sense as a theory of the moon influencing tides.  You can come up with any theory you want and have it endorsed by any fancy expert you want but truth is truth and I regret that when the tide goes out on non-telomere based theories of aging, their proponents will also be carried out with them.

2 thoughts on “What can a K-Pop detention tell us about the psychology of trust?”