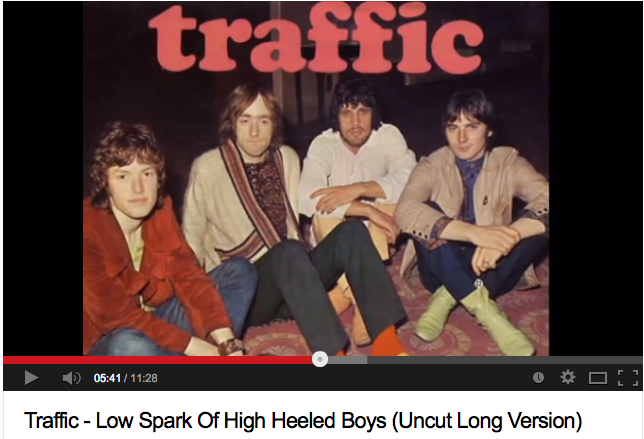 I learned today that in 9 months, my January 2014 average leukocyte length decreased 500 base pairs but the Percentage of critically-shortened ones improved from 11.9% to 10.2%.
8 Responses
Reading Time: 6 minutes
What is a year in our telomeres? (part 3 of 3)

In case you missed them, Part 1 of our discussion of time covered what a year represents with regard to the solar year

In Part 2, we discussed the cycles of the moon and of women.

NOW, Part 3 will take on a much more nebulous subject than the movement of heavenly bodies: what is a year for our shortening chromosome ends, or telomeres?

Weird coincidence but today I got what appeared to be really scary news: my telomere length has shortened 500 base pairs (or 5 years) in the last 8 months!!  Am I worried?  Not so much…and this blog explains why and introduces a theory that someday might be borne out by science.

Brief recap:  In humans, the ends are generally thought to reset with the new fertilized egg to about 15,000 base pairs (hereafter bp is the A+T or G+C pairs that make up the rungs of the “ladder” that is the double helix of DNA.  It’s how we can quantify length.

By birth, we have already burned through a third of our life expectancy by birth and we start out with about 10,000 bp.  After birth the attrition is roughly 50-100 bp of shortening yearly or 1,000 bp a decade. That said, telomere shortening and lengthening is largely a function of telomerase activity in our stem cells, which in turn is a function of genetics, taking a telomerase activator, and holistic happy health habits.  Check out my free “5 things you can do to increase your telomease activity” PDF download for more information.

Now turning back to my “scary” news, here is a chart of my telomere lengths before last month (Jan, 2014)

I learned today that in 9 months, my January 2014 average leukocyte length decreased 500 base pairs but the Percentage of critically-shortened ones improved from 11.9% to 10.2%.

Now if think losing 5 years is scary, consider what my patient, Abraham had to endure. At the age of 40, in perfect physical condition, his telomere length was a shockingly short 5600 with 25% critically-shortened.  After one year of TA-65 4 capsules nightly, he increased to a prodigious 10,100 with 16.5% critically-shortened.  And now two years into his TA, he is “down” to 7500 with 12.8% critically-shortened.  The story we told about the radical improvement in the first year was that working around cellular towers as an engineer might have had a role which was reversed by apoptosis (suicide) of the more damaged blood stem cells. The story that I tell around the 12-24 month decrease is that the distribution changed but at least the critically-shortened percentage continued to improve.

The question of how TA might alter telomere distribution will be addressed by a study just wrapping up in Spain and conducted by TA Sciences and the National Cancer Center there on 125 subjects taking TA over 5 different time periods and then analyzed by the LifeLength test (which is the only current blood test offering median telomere measurement AND critically-shortened percentages). In this example of a report from the newest, yet to be released, third version of the test reporting, the black histogram bar is the median length so half of the individual telomeres measured are longer and half are shorter.  Now imagine that the histogram was from a single cell, or a fertilized egg before division: all telomeres are reset to 15,000 at conception so the histogram would be one single bar at 15,000.

Because repeated copying, transfer between neighboring chromosomes’ telomeres, errors in transcription, breaks by oxidation and radiation, active lengthening by telomerase, and other unknown forces will act on our telomeres, they will never again be like new, unlit candles on a cake:

And for the rest of your life, the telomere distributions will change:

This is why I believe that the percentage of critically-shortened telomeres is the most important measure of genetic integrity because it tells us that there are fewer opportunities in those white blood cells, and by inference in all our stem cells, for mutation to occur.

I believe that a decrease in the width of the histrograms of LTL lengths would represent a simplification of the CLONALITY  of the population of cells.  This could represent a bad thing if the mechanisms for healthy replacement were not present. I explain how mesenchymal stem cells do this healthy replacement for you in my book, “Telomere Timebombs: Defusing the terror of aging”  But if those replacement mechanisms are intact, then like retreading tires, the new distributions of telomere lengths would be healthier and more homogenous in their “candle lengths” and hopefully, but not necessarily, longer on average. Older people should show more variation and their telomere length histograms unless they are working with very few remaining viable hematopoietic stem cells.

Another way to understand my CLONALITY theory is to say for the sake of argument that mutation and genetic drift has left you with 100 hematopoietic stem cells that produce the billions circulating (totally made up numbers, by the way).  Now kill off 20 of those really damaged stem cells and you have 80 with fewer critically-shortened telomeres (because that is the trigger for self-destruction in most cases.  But the 80 remaining may show a shorter or longer median LTL depending on how excessively short or long their telomeres were to begin with.  Kill off 20,000 voters in Florida’s 2000 presidential election and who wins? Depends on what county you do the killing in, doesn’t it?

To better understand this concept of clonal variation, we should anthropomorphize this concept.  From the analysis of Y-chromosomes and assigning certain genetic markers to various “tribes” of distinct human subgroups, we can determine how many types of bloodlines are present on average.  I encourage you to click this link to see the National Geographic Socitey and IBM’s Genographic 2.0 project to study this.

For highland Peruvians who are isolated geographically, culturally, and socioeconomically, 96% of the heredity is so-called Native American and only 4% is European in origin.  Another great example of ancestral homogeneity is the Somali people. Look at their histogram of represented ethnicities to see how limited the interbreeding has been:

This summer, my sons and I visited the crossroads of the world, Turkey, and I can attest that the people look like they could be on TV in South America, China, Russia, Europe, India, and Africa.  That ancestral diversity shows up in their ancestral bloodlines:

And so I believe this is also how it goes with the diversity in our telomere length distributions as we take a telomerase activator.  The greater ancestral or clonal variation in terms of number of progenitors (the 100 stem cells) AND the intracellular variation (because this technology does measure individual chromosomes from live cells) in each of those 46 chromosomes would tend to decrease if telomerase activation allows for damaged stem cell self-destruction as I believe.

So all this is my attempt to come up with an original theory that explains what I think is going on.  I feel like Johannes Kepler but I could prove to be Plato (who was all wrong when it came to cosmology):

If my result were to have come back 5400 with 25% critically-shortened telomeres, I would probably go through a lot of soul-searching and probably even stop taking TA.  I might doubt the accuracy of the testing and the safety of what I was doing.  But I still would never be afraid to live out the rest of my life because, as William Shatner’s character in this classic episode of Twilight Zone discovered, existentialism trumps out predestination in every authentic life:

——- do you have the time to enjoy a classic rock song? Click the hyperlink below ——

If you had just a minute to breathe
And they granted you one final wish
Would you ask for something like another chance?
Or something sim’lar as this?
Don’t worry too much It’ll happen to you
As sure as your sorrows are joys
And the thing that disturbs you is only the sound of
The low spark of high-heeled boys