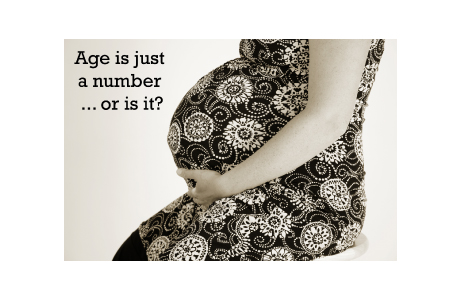 As shown in the graphic, the ability to retrieve eggs is not that uncommon, even in the over 44 population, but the rates of pregnancy are just 5% and live birth only 2%, explaining why the practice is generally frowned upon in this cohort.
1 Responses
Reading Time: 3 minutes
Is Telomere shortening the cause of loss of fertility?

This week, I had a dream that my college classmate, also 48-years-old, was pregnant. For the last year, she has taken RECHARGE and has been doing superovulation, you know those injections that cause eggs to be produced in higher numbers.

To my chagrin, when we spoke and she brought me up to date on her remarkable progress.  She somehow convinced a fertility specialist to treat her, harvested and fertilized eggs, and went through embryo transfer.  “Ethically”, doctors are not allowed to even perform superovulation and IVF-Embryo transfer on women using their own eggs after age as shown in these guidelines from AdvancedFertility.com:

Age Limits for In Vitro Fertilization

All clinics have some upper age limit after which they will not perform in vitro fertilization with the woman’s own eggs.

IVF age limits are not the same at every program

As shown in the graphic, the ability to retrieve eggs is not that uncommon, even in the over 44 population, but the rates of pregnancy are just 5% and live birth only 2%, explaining why the practice is generally frowned upon in this cohort.

Sadly, the was able to harvest eggs, fertilize them in vitro, and transfer, but the fertilized eggs were too damaged to progress.

Of note, I have seen quite a few post-menopausal women taking TA-65 or adaptogens ovulate as with 66-yo JR who had a “period” but this is like the black follicles that came up on the head of 112-yo Soledad: too little, too late.

Since telomere shortening is associated with repeated copying of cells, it would follow that the same holds true for the oogonia, or egg-producing stem cells.  Higher rates of Down’s Syndrome is just one of the manifestations of the aneuploidy (not-good-chromosome number) that can potentially be prevented by telomerase.

Because a successful embryo gets a resetting or lengthening of all its telomeres to birth endowment length of 15,000 base pairs, the effects of telomere attrition are no longer measurable once the embryo starts developing.

But if the oocytes have already undergone telomere shortening and chromosomal damage from nondysjunction, the damage has already been done and the fertilitzed egg, although apparently viable, will not have the functional genomic integrity to make it to this bonus lengthening stage, which is ultimately a good thing, because the embryo would not have a fighting chance of becoming a normal human.

For my friend and patient, she had the courage to try and made it to the fertilized egg stage and embryo transfer.  But the damage that had occurred in the previous 48 years of cell division and telomere shortening could not be overcome.

For more information on female fertility, please watch my video on the topic: