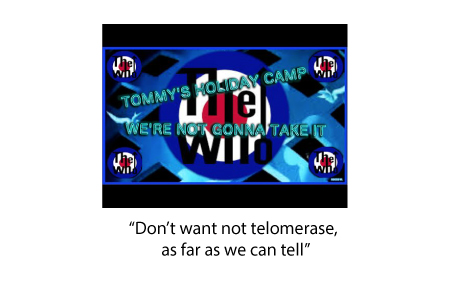 Roger, who has used Telomerase activators since 2012, explains how he almost died, then was able to do 28 concerts in the next three months after his illness.
1 Responses
Reading Time: 6 minutes
Roger Daltrey believes in luck – and Telomerase Activation 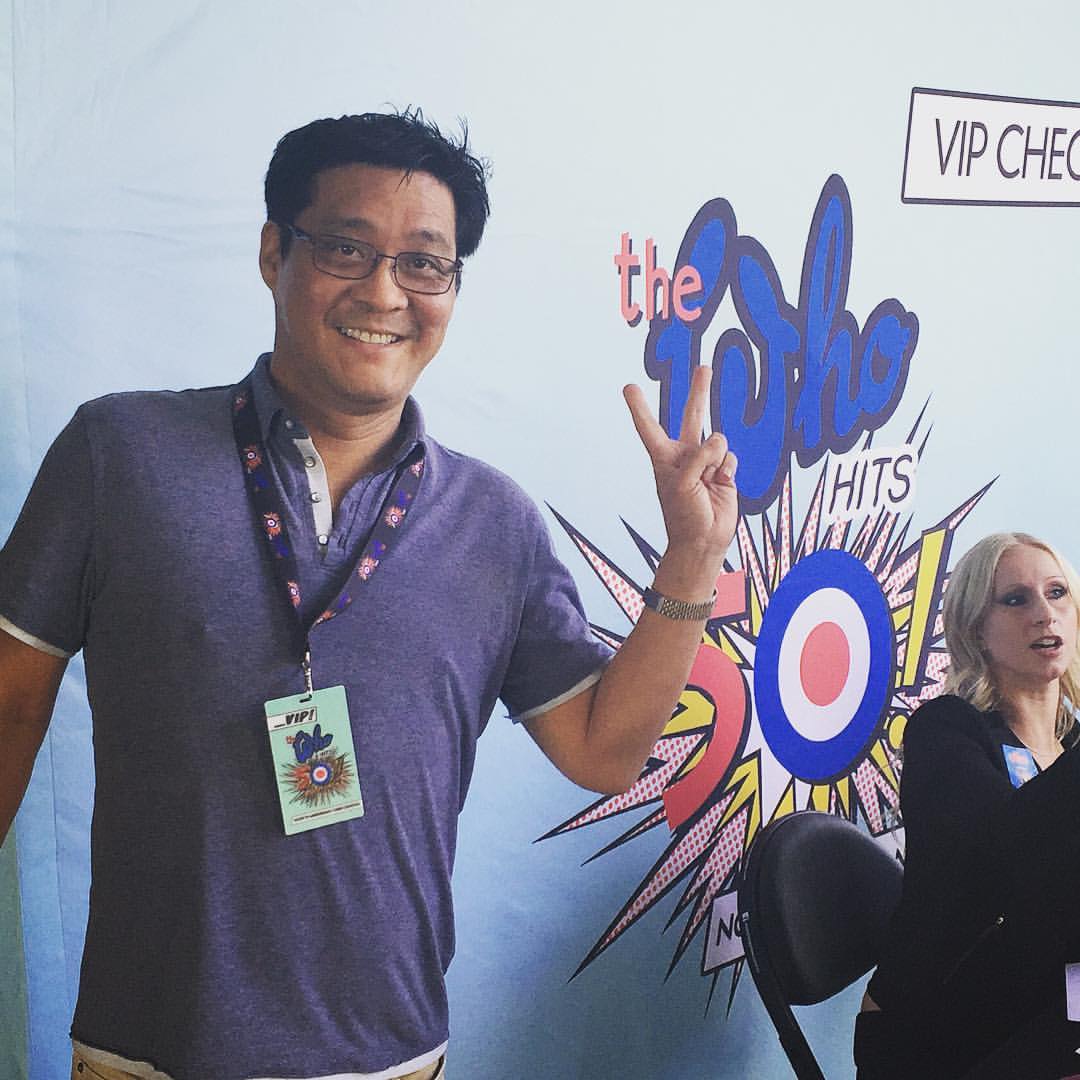 I was fortunate to attend The Who Turns 50 concert this week and I wanted to share some observations about aging, luck, and TA-65, a telomerase activator, and its possible benefit for immune health.

First off, Pete Townsend and Roger Daltrey (a TA-65 user since 2012) sounded amazing, especially considering that Roger Daltrey is nearly deaf from years of playing in front of John Entwhistle’s overdriven bass amp. Listen to his solo in Love, reign o’er me. Perhaps the TA-65 is helping their voices as I explain in this video.

N.B. I have no confirmation that Pete is taking TA-65 but he sounded amazing on Bargain.

Here is the iconic: Who are You? 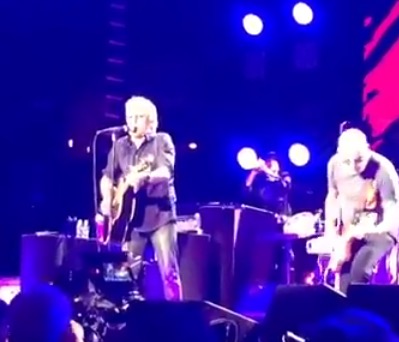 My second observation is that only very young people (such as a 20-yo Pete Townsend) say things like “I hope I die before I grow old!” 50 years after the band’s inception, this line is sung without any detectable irony here by a 71-yo Pete and 72-yo Roger: 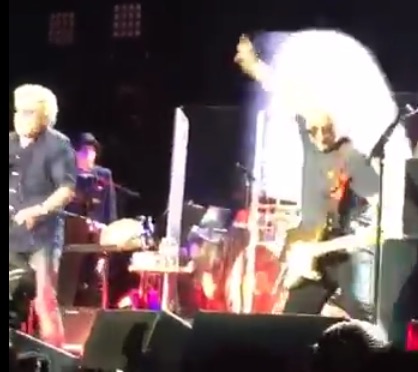 The Who’s original drummer, Keith Moon died at age 32, I would argue of insomnia. Watch this video I did of the ways in which celebrities try to combat insomnia with medications, drugs, and alcohol.

John Entwistle the original bassist of The Who, died at the age of 57, the night before The Who were to open a tour in a hotel room in Las Vegas. The coroner reported coronary artery disease and cocaine use. Since he died with a groupie/stripper four years after the invention of Viagra, we do not know if that may have played a role as the coroner may not have tested for it.

Now let us turn to the fans who also didn’t die before they grew old. I had the opportunity to meet them at the sound check and the 2 hr VIP reception and let me tell you, they are rock stars in their own right.  To pay that much money to see a band speaks to their ability to thrive by birth, work, or good fortune.

Unfortunately, the effects of time were apparent in the sparse and grey hair, deep lines in the face, and weight gain.  I will say that everyone I saw in the first ten rows stayed standing for most of the two-hour show, so kudos there. Not a person who had paid thousands to be in the front row sat down for the entire concert.

I decided, after a few beers, to try to offer the gospel of telomerase activation to some of the fancy folks at the féte but like the people in the rock opera Tommy their response was largely a “we’re not gonna take it.”

I spoke with about 9 “lucky” people and their response to my pitch “Hi, would you like to know about the anti-aging pill that Roger Daltrey takes?” was tepid at best with the exception of one man and one woman.  Four looked at me with amusement and disgust.  One lady demanded to know “why did you single me out?”  One Asian lady actually seemed interested and took a card. And one inebriated man declined to take a card but insisted that he knew me from the dinner we had shared (nope.)

I connected with a lovely gal, Michelle, who seemed quite interested and so I attempted to explain it further to her and her husband, a neurosurgeon. As a practitioner of yoga and participant in alternative healing, she seemed very open to the idea of rejuvenating stem cells.

I know my pitch was rather lame but I can’t help but recall something I told a patient today about “getting lucky” while taking my adaptogenic RECHARGE supplement. It is not that synchronicities and blessings aren’t always happening; it is that we are so closed off and out of flow that we can’t see what is really happening.

Most of those people incorrectly judged me as a crackpot and a charlatan. I’m used to being the man Behind Blue Eyes. Perhaps a little Eminence Front would have helped?  But I bet that most of those people would not judge this direct quote from Roger Daltrey to be insignificant though…

“I have been interested in alternative medicine since the early days of my career. Maintaining good health through the stresses and strains of touring and singing with The Who requires enormous stamina. I was recommended TA-65 by a good friend and decided to try it. After taking TA-65 for one year I noticed considerable improvement in energy levels. Cold and winter infections have been a rarity. Recently I took a 6 week break from taking the product, and noticed significant energy drop off.
Although to my knowledge the evidence of benefit to everyone is not proven, I have no doubt that this product works for me. I hope it does the same for you.”

I want to draw your attention to the UCLA study by Fauce showing that CD8 (cytotoxic killer cells), even after HIV infection, can be restored. CD8 cells are critical to fight things like cancer and viral meningitis (which Roger Daltrey contracted during the stress of touring last year).

Some may say that Roger did not benefit from TA-65 but in an alternate universe, perhaps he might have not recovered as easily from it without the immune system that he currently possesses.

To understand why Aging is a form of AIDS and vice versa, read this blog and watch this video that I did on the subject:

For the last word, we have Roger explaining how he almost died, then was able to do 28 concerts in the next three months after his illness. I tried to help some of the folks at the VIP lounge to get lucky, but they were content with being rich and happy (although not healthy and lucky). 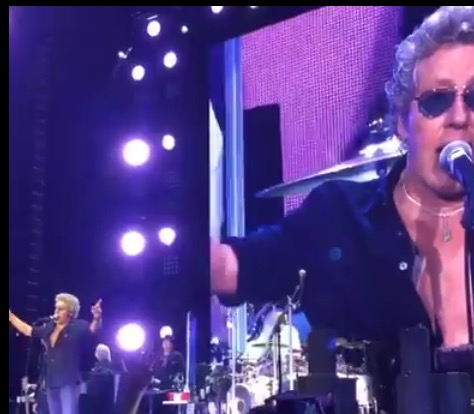 Roger is the only one of MANY celebrities that openly admits taking TA-65. Just like the character he played in Tommy, the public is just going to say “We’re not gonna take it!” And when he looks out and improvises “Don’t let them fool you” perhaps he has some deeper understanding from years of naturopathic medicine.

He is a religious man who never has taken drugs and has always exercised. When looking out on the wasteland now, it isn’t teenagers but old people and yes, “they’re all wasted!” But judging by the breath work and chops required to play the iconic Baba O’Reily harmonica solo, Roger is still ‘getting his back into his living!’ 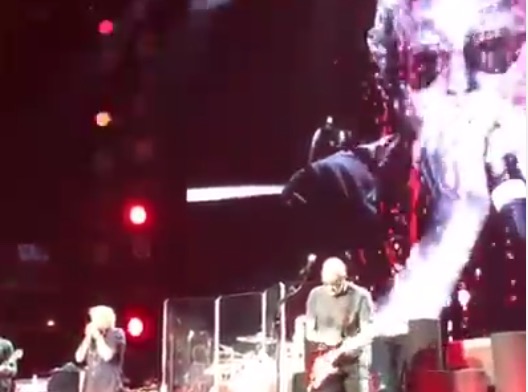 If you want to try TA-65 or RECHARGE, then send me a message. You’ll all see, I am One who can help you get more lucky, healthy, and happy.

1 thought on “Roger Daltrey believes in luck – and Telomerase Activation”