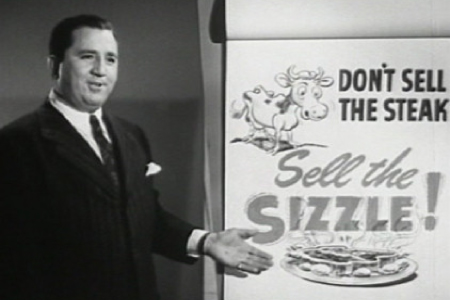 Men who developed cancers were compared with those that didn't for the 13 years prior to diagnosis or exclusion by using a quantitative PCR measurement (which is problematic). Firstly, they found was two different curves with the cancer group showing a more rapid shortening trend. This is consistent with my stem cell theory of aging and most of the extant studies.
No Responses
Reading Time: 3 minutes
Harvard/Northwestern VA study claims to predict cancer risk with telomere lengths

The problem is this layperson’s press release overreaches badly: http://www.northwestern.edu/newscenter/stories/2015/04/telomere-changes-predict-cancer.html

Basically, they looked at Caucasian older men in the VA system and stratified them into those that developed cancer in the 13 study years.

Men who developed cancers were compared with those that didn’t for the 13 years prior to diagnosis or exclusion by using a quantitative PCR measurement (which is problematic).  Firstly, they found was two different curves with the cancer group showing a more rapid shortening trend. This is consistent with my stem cell theory of aging and most of the extant studies. What you should note is that the red dots that for both the blue (non-cancer) and red (cancer) groups, there was a statistically-significant association with advanced age and shorter telomeres.  But I want to draw your attention to the ugly, hidden, and naked truth of telomere measuring: that the width of distributions are like a 12-lane highway.  In other words, for any given age, there are a wide range of measurable blood telomere lengths such that it would be impossible to predict the age of a person from that single measurement.

This second chart from this study is what they base their conclusions upon: They are attempting to say that since the red group showed a rapid shortening in blood TL (telomere length) and then apparent stabilization, that this was causally related to the development of mostly prostate and skin cancer.

Caveat numero uno is that they didn’t measure the organs of interest: the prostate, the skin, and the “others”.  Of course, they don’t have a total, real-time Star Trek tricorder to do that yet, but we always are interested in the organ turning cancerous, not just the easy-to-measure blood cells.

They infer, assume, and conclude facts and relationships not in evidence. Namely, that BTL is a proxy for all unmeasured cancer risks that developed from stem cells that are not even measured.

Here is an alternative hypotheses that they don’t consider:

Perhaps the shortening of the BTL is causal because we are constantly developing cancer and your immune system, whose health is being assessed by the BTL, fails to ‘clean up’ the millions of cancers that are always developing.

Secondly, after the carcinogenesis, perhaps the immune system ramps up its reproduction to deal with the new cancer and therefore the lengthening is a healthy adaptation to the new challenge.

Thirdly, perhaps the lack of cancer development in the blue group might represent an overall lack of telomerase activity required to maintain robust cancer stem cells and therefore the detection of clinically-evident cancers falls below a threshold of detection.  They peter out like forest fires in a damp forest before they can be reacted to.

This “good for the goose is good for the gander” theory is one interesting interpretation of the recently-published Copenhagen study.

—–So, what we really need is an understanding at the single-cell level, what changes are occurring in the telomeres of all organs, what the background rate of undetected and eradicated malignancies might be, and even a practical definition for a cancer that is not a noticeable cancer.  In other words, if you have a tree fall in the woods, and no one is there to hear it, did it fall?  Can it really be, as many would assume, that we are constantly getting abnormal cells that would be cancerous with a weak immune system, robust cancer stem cell lineage with regard to telomerase activity, and an unhealthy milieu of toxic/inflammatory conditions?